Robert Kibaya used his JusticeMakers grant to establish a justice awareness project in his rural community of Kikwanda, Uganda. There are three objectives of Robert’s project – the first is educating people about their rights, the second is enabling them to have somewhere to report their injustices; and the third is monitoring the criminal justice system, ensuring that the proper procedures are being followed. 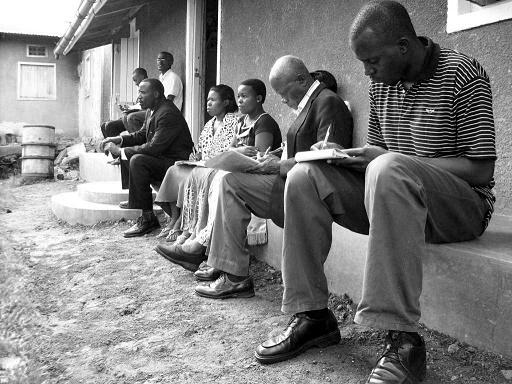 Members of the Community Criminal Justice Monitoring Committee taking notes during a training. Photos are by John Semakula, edited by Jennifer Westmorland.

A group of 10 individuals were selected and trained to become a criminal justice committee. The committee has been monitoring and scrutinising criminal justice practices in Kikwanda in order to bridge the gap between those working in the justice system and members of the community. To some extent, there has been damage and loss of faith in the criminal justice system of Uganda. Before Robert’s JusticeMakers project, those suffering from human rights violations did not have anywhere they could report their injustices to. 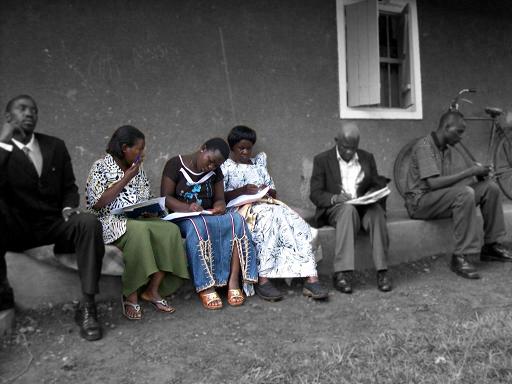 Volunteer lawyer Vincent Katuba (left) with members of the criminal justice monitoring committee. The committees consisted of a diverse membership – both men and women, and a range of age groups.

Now, however, the people of Kikwanda can request the help of the committees who report to Robert’s organisation the problems people need help with. In turn, Robert’s organisation provides advice and recommendations as to how the problems may be resolved. The work carried out by Robert has helped women such as Kizza, who is 70 years old and lives with her son in Kikwanda village. She depends solely on growing food in the small plot of land she owns in the village. Last year, Kizza sold off a piece of land to her neighbour for a small amount of money; the neighbour paid Kizza half of the money in cash and promised to pay the remaining balance a month later. However, 9 months later, the outstanding balance had not been paid. Kizza was informed by a member of Robert’s criminal justice committee that she would be helped if she went to the head offices. At the head offices Kizza met with Robert, who introduced her to one of the organisation’s volunteer lawyers. He was able to give Kizza a free legal consultation and resolve the dispute; Kizza was paid the outstanding balance owed within two weeks of Robert’s help. 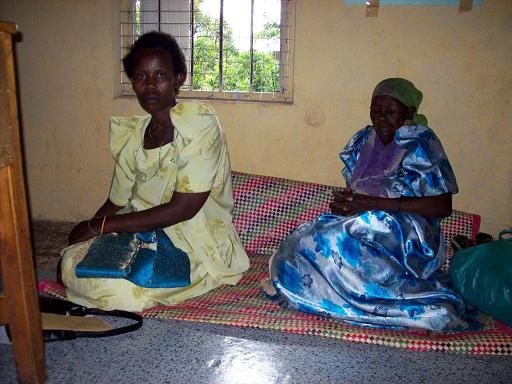 Kizza aged 70 (right), who was helped thanks to Robert’s project.

Following the completion of the project Robert distributed evaluation forms to the people of Kikwanda. This was to determine the impact and effectiveness of his project for the community. Robert was met with an incredibly positive response – when asked if the project was beneficial and if they would like the project to continue 100% answered yes to both questions. 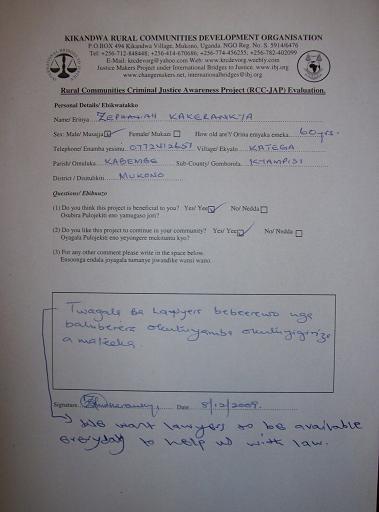 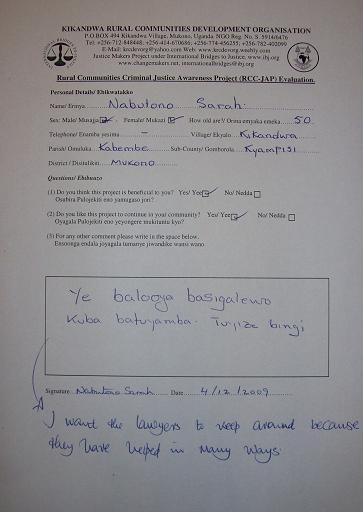 Scanned copies of the evaluation forms Robert handed out to the people of Kikwanda. The comments were translated by the committee members, and some were even filled-out on behalf of those can not write. The first one reads “We want lawyers to be available everyday to help us with law.” And the second says “I want the lawyers to keep around because they have helped in many ways.”

The evaluation forms demonstrated the high demand for projects such as Robert’s. A large number of people wrote requests for more lawyers to be available, more often, in the comments box of the evaluation form. 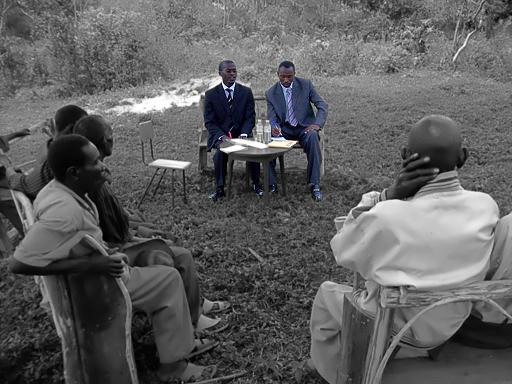 Patrick Semakula, a volunteer lawyer who helped Robert, indicated the benefits of the project when he explained that the majority of people living in rural areas, such as Kikwanda, have never had direct contact with a lawyer before.

“According to the residents of the village, no lawyer or magistrate has ever visited the place (Kikwanda) on legal matters;” said Patrick Semakula, “so they (members of the community) were shocked when we introduced ourselves as lawyers.”

The people of Kikwanda have now been educated on their rights and know who to turn to when there is an injustice; thanks to the committees, the correct procedures of the justice system are being followed.