As part of its rights awareness campaign in cooperation with the Law Society of Zimbabwe, Legal Resources Foundation and ZACRO, IBJ-Zimbabwe recently put up rights awareness posters at the two main magistrates’ courts in Harare, Rotten Row and Mbare Magistrates’ Courts. The events, held on 16th December 2010, were spear-headed by the IBJ-Zimbabwe Fellows, Innocent Maja, John Burombo and Pamela Chiwara. Both events were witnessed by the magistrates and public prosecutors at the respective courts. Legal practitioners and members of the public present at the courts were also able to witness the events, with many lauding IBJ-Zimbabwe for coming up with such an informative initiative.

The main aim of the events was to educate the citizenry on the rights available to accused persons in terms of the Zimbabwean Constitution. In its work in Zimbabwe, IBJ has noted that one glaring issue in the criminal justice system is the apparent lack of awareness, amongst the majority of the people, of the rights availed to them in the Constitution. Thus, IBJ-Zimbabwe has come up with rights awareness posters to educate ordinary people of the rights available to them from the time of arrest up to the conclusion of a trial in court. The posters, in the three main languages spoken in the country, namely Shona, Ndebele and English, have tried to simplify the rights entailed in the Constitution in a manner that everyone can understand them. These rights relate to arrest by the police, access to legal counsel, timeous appearance before court, bail, and speedy conclusion of cases.

IBJ-Zimbabwe believes that such initiatives are the first step in building a culture of respect for human rights in the country through the empowerment of the common man. In the long term this will go a long way in helping the majority of the citizenry access justice and, thereby, develop the criminal justice system. 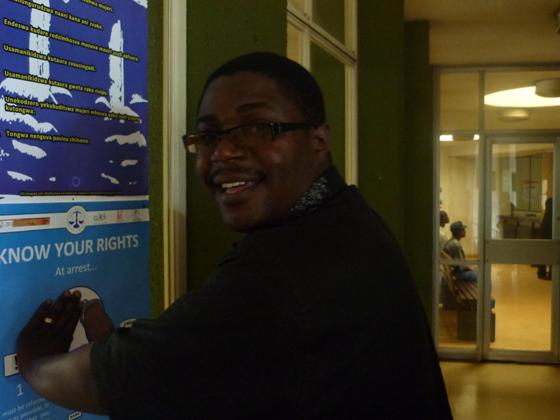 Above: IBJ Fellow and Country Manager Innocent Maja sticks a poster at a Magistrates Court in Harare. (Photo by Florence Chatira) 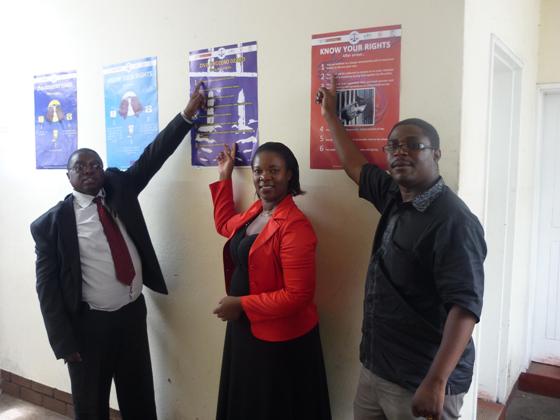 Above: The IBJ Zimbabwe Fellows team (from left to right: John Burombo, Pamela Chiwara, and Innocent Maja) introduces the posters in Shona, Ndebele and English. (Photo by Florence Chatira) 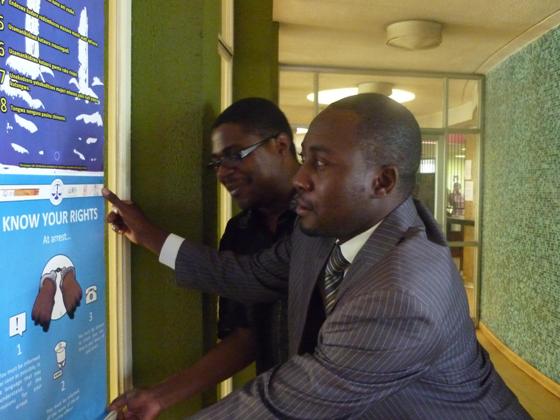 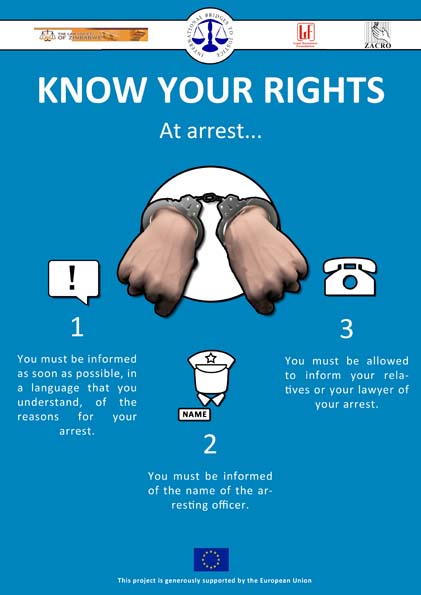 Above: The English version of the first ‘Know your Rights’ poster. 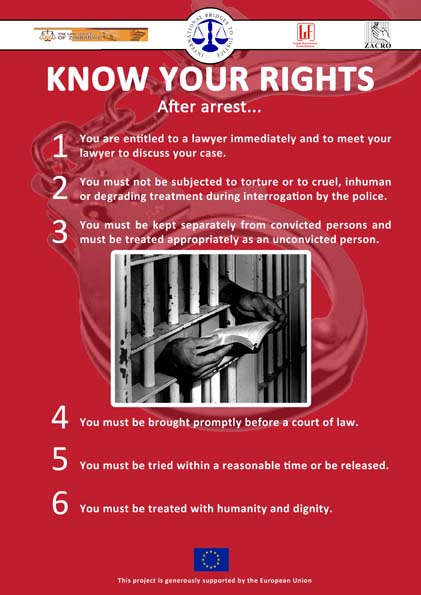 Above: The English version of the second ‘Know your Rights’ poster.