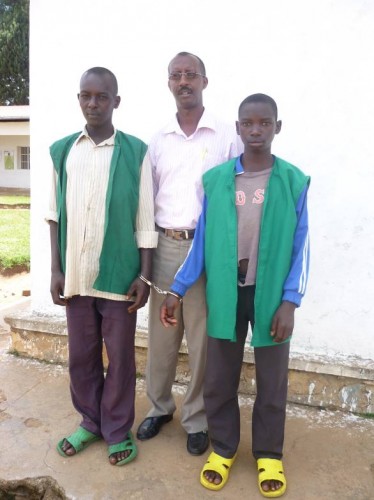 Janvier Ncamatwi (in the middle) with Eric Nimbona (on the right), a child accused of rape with another defendant. The two prisoners are attached by handcuffs.

On Thursday, October 4th, 2012, a team from IBJ went to Muramvya with a purpose of evaluating the work of IBJ lawyers in the area. They were given the chance to assess what was needed to increase the impact of IBJ’s activities there. This was done through interviewing the recipients of IBJ legal assistance who had recently been acquitted. A journalist from Radio Isanganiro, one of the two broadcasting stations that hosted IBJ’s “Know your Rights” broadcasts, helped by recording the conversations.

Janvier Ncamatwi, an IBJ legal fellow, began by assisting a child in a camera interview. Born in 1996, the child was accused of rape. According to the IBJ lawyer, the prosecution adduced evidence that was not persuasive. Also at the hearing, the prosecutor and judges paid attention to the juvenile condition of the defendant, a practice that is not always customary. In addition, the court easily accepted holding the hearing behind closed doors as stated in The Convention on the Rights of the Child. Then, in his accusation, the prosecutor took into consideration the age of the child and several times even read the provisions of the penal code that protect children in conflict with the law. In his closing speech, he requested the child spend 4 years in prison, referring to section 29 of the penal code. The IBJ lawyer, on the child’s side, pledged for acquittal of the child. The court will have hopefully made a decision by the end of October 2012.

After the public hearing, the IBJ team continued interviewing beneficiaries and partners whose input facilitates IBJ’s activities at Muramvya. 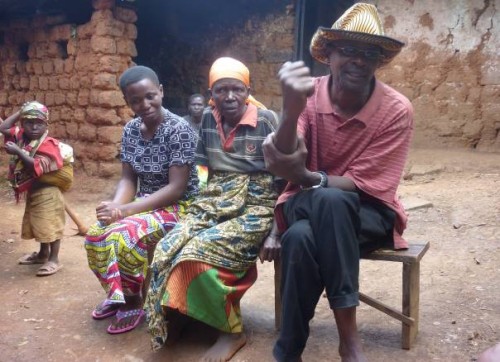 Amongst the interviewees were two women from the same family. Seven members of this family have been acquitted after receiving legal assistance by IBJ. All in all twelve people from the same family were in custody at Muramvya after being accused of stealing cows. Mothers and fathers, children and adults had been taken to the prison resulting in none of the members of this family remaining at their home. Almost one year later, an IBJ lawyer learned of this case while visiting women and children jailed at Muramvya. As of September 28th, 2012, seven of the family members now walk free. They have returned home to find all of their belongings stolen and now have been trying to recover from this situation. “God bless that man and the organization for which he works!” is what they told the journalist who wanted to know how they were feeling. They even vouched for the remaining prisoners. Thus, they would like IBJ to continue assisting the other women in the prison and to assist all undefended prisoners. 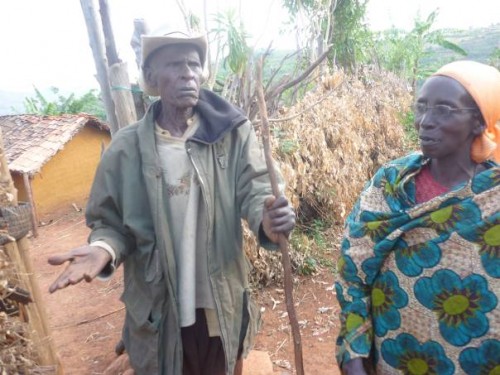 The father and mother of Melissa Akimana, a child acquitted after receiving legal defense from IBJ at the court of Muramvya

The second group of interviewed beneficiaries consisted of the parents of children acquitted of their charges after being assisted by the IBJ lawyer. A father and mother of one of the children welcomed the team. They live in Murinzi, a place located about 7 km from the town of Muramvya. This is where the IBJ team met with them. Their daughter Melissa Akimana was accused of infanticide. It was not possible for the team to meet her because just after the acquittal decision, she went back to school. The prosecutor called for life imprisonment as penalty for the crime she was accused of, which was then overruled with the help of an IBJ lawyer. The father and mother of Melissa are very glad for the help they have received from IBJ. They said that by themselves it was not easy to afford legal fees, and they even reveled that they did not know before this trial how important a lawyer really is to have.

This kind of post-legal assistance showed its importance through another case of a girl assisted by IBJ. The girl in question was accused of abortion. She was in the sixth year of primary school at the time of arrest. She has been condemned to one year and 7 months in jail. She will be released in January 2013. Through the interview she revealed that she does not wish to go back to school. The IBJ team then got the opportunity to explain to her that it is extremely important for her to return back to school. So, a lesson the IBJ team learned is that while giving legal assistance to children in custody, they must also think about the social assistance that should follow a child being released from prison. The stress of being in prison can disturb all the aspects of the life of that child and should be given consideration upon their release. 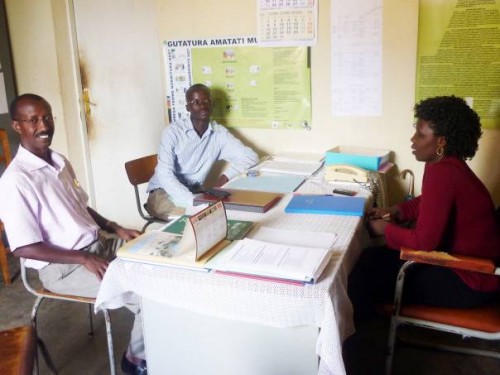 On behalf of IBJ’s partners, the president of the court of Muramvya shared with the IBJ team her impressions and the court’s vision to improve their criminal practices. Their update concerns bringing cases in front of the court more rapidly than has been seen in the past. “We are committed to keeping good collaboration with IBJ,” she expressed. Accordingly, she said that she would be very glad if IBJ continues working in Muramvya as a pilot province of intervention in order to ensure the implementation of the special procedures of juvenile justice. She revealed that soon they are going to begin with a special session for children in conflict with the law by respecting special legal safeguards due to their age.

IBJ applauds the sharpness of the court of Muramvya and remains committed to maintaining good collaborative ways of intervention in this area where the impact of its activities can strongly strengthen the legal atmosphere of the town and in turn, country.