After Harshi Perera received her law degree from the Open University of Sri Lanka in 2008 with a specialization in human rights, she began formally assisting Janasansadaya (JS) by responding to human rights violations and cases. She developed a particular passion advocating for the rights of children and women, perceiving these groups as some of the most vulnerable in Sri Lanka. Now 2010 Asia JusticeMakers Fellow Harshi Perera reflects on the competition and how far she’s come. 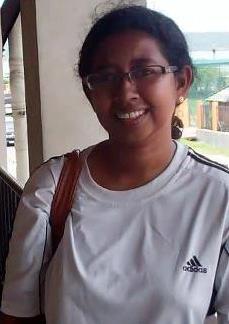 {To} work for another human being and make a difference. We needed a grant to do this.

The malpractices and delays in justice system, along with the {the lack of} professionals attached to it, proved difficult.  Criticism from the media when trying to give bail to a LTTE suspect also caused hindrances.

What I achieved was more valuable than $5,000. I successfully fulfilled the goal, releasing five women pre-trial detainees from the Welikada Female Prison Ward.  One woman was an eight year pre-trial detainee, while another woman was released with her baby. We were able to help two other women, one whom had been remanded on fabrication of charge by the police and another woman who is a rape survivor whom had been remanded for not appearing before the court for five years.

Work Hard. Have a dream of what you are going to achieve. Work double than the grant of $5,000. Work to raise voices instead of money.