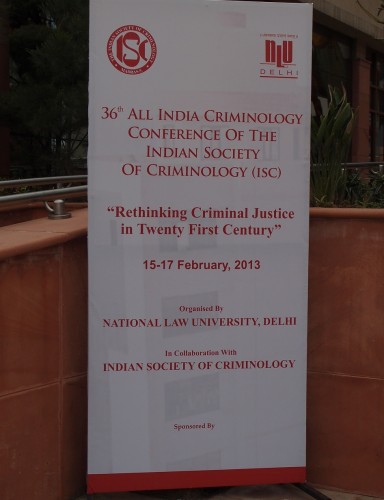 On 16th February 2013, International Bridges to Justice was invited to the 36th All India Criminology Conference at the National Law University of New Delhi. The specific session, wherein IBJ was present, was attended by legal luminaries such as Prof. B. B. Pande, President of Indian Society of Criminology, Prof. Arvind Tiwari from Tata Institute of Social Sciences, Dr. Upneet Lalli, Deputy Director of Institute of Correctional Administration and several other Professors from other Universities. After a brief introduction of the purpose of the gathering by Prof. Pande, Dr Lalli started the session with a speech about the right to rehabilitation, underlining that imprisonment and other sentences are expected to aim at improving detainees and not only monitoring them. For instance, she highlighted the fact that the community services implemented by the judges to juveniles are not really in compliance with the Justice Juvenile Act, since many of the minors are sentenced to casual works, which are not actually aiming at reforming those young offenders. 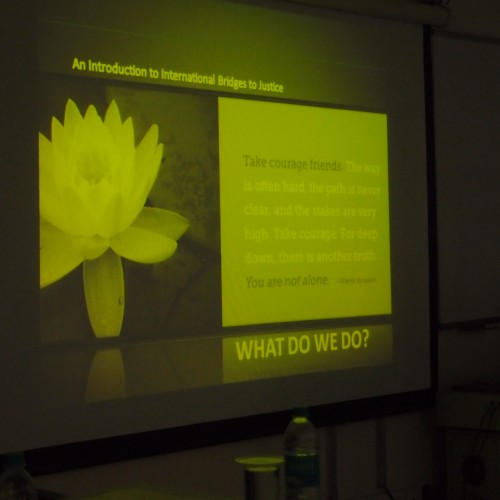 Right after this enlightening intervention, Pallavi Saxena, Program Officer with IBJ India made a short presentation of IBJ’s work in India, emphasizing on the means implemented by IBJ to ensure access to justice. Pallavi explained how early access to counsel is one of the most efficient ways to fight against torture, illustrating her speech with IBJ’s founder Karen Tse’s speech and custodial deaths’ figures. To begin with, she set out the Duty Lawyers Program, where the aim is to provide legal representation to the accused in an effort to reduce pre-trial detention. The concept of capacity building trainings was also discussed wherein lawyers are motivated, especially by making them focus on the principles of fair trial and of getting immediate relief for pre-trial detainees. The Street Law Campaigns were also related, reminding the audience of the need of awareness about prisoners’ rights in the Indian society. The burning issue of juveniles incarcerated in adults’ prisons was then discussed and Pallavi exposed how IBJ is trying to deal with this problem, by working with the Delhi Legal Service Authority and the other stakeholders. The presentation ended with a few words about IBJ’s upcoming events and projects. The participants were very receptive and happy to learn about IBJ’s work. 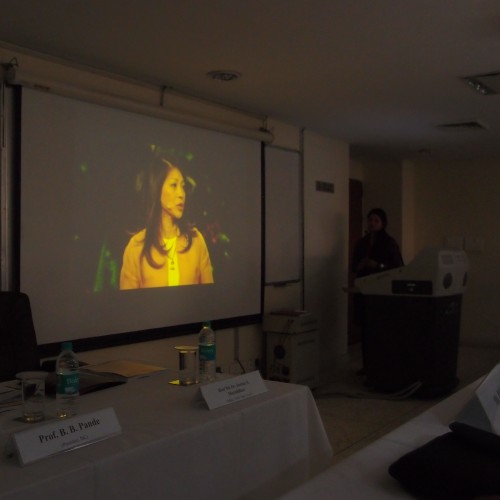 Clips of Karen's TED Talk during the presentation