In the Burundian law it is stated: “No one shall be subjected to torture or to cruel, inhuman or degrading treatment”. Unfortunately, complying with this is not reality in the prisons in the different parts of the country. When an IBJ volunteer team visited the prison of Ruyigi it became evident that most of prisoners surveyed do not know that they have the right not to be subjected to violations and they do not know to whom to turn to if/when their rights are violated.

The volunteers went to the prison with the aim of holding a rights awareness evaluation and tuition. The focus was on the knowledge on rights among minors, women, elderly people and the Batwa ethnic minority group. 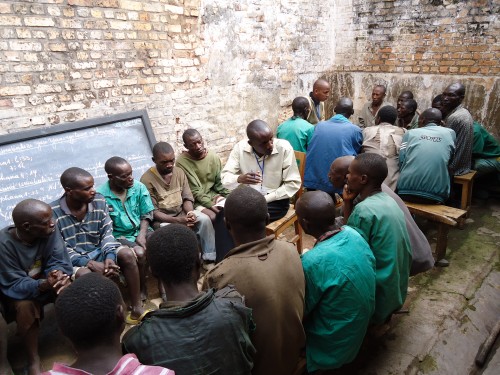 The awareness evaluation shows that this activity was much needed. Most of prisoners interviewed did not know the procedures of trial; neither did they know that they have the right to legal counsel. Many of the detainees is not even aware of what they are accused of , they have not seen the minutes of custody or did not understand them and some of them was forced to sign the document through means of torture.

As the IBJ team carried out this important task of raising awareness among the prisoners, they dealt with the issues of detention and procedure, explaining how a fair trail should be held, that all accused should at least know the reason for arrest. They also clarified the law concerning torture and pointed out the possibilities of free legal counsel through International Bridges to Justice and its partner APRODH. 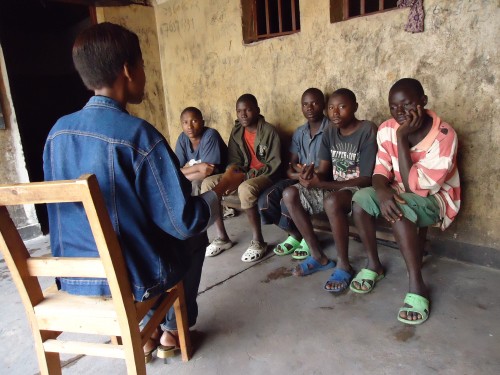 Not only are these persons subjected to irregular legal procedures, according to what the volunteer team report, they are also living in extremely poor and inhuman conditions. The prisoners get one small meal a day, consisting of one cup of beans and one cup of cassava flour; the facilities are dirty and overcrowded. The only section being cleaner and not overcrowded is the juvenile cell. In Ruyigi, the women and youth are placed in separate cells, apart from the bigger prison where everyone else are staying. This division does not exist in some of the other prisons in the country, although the Ruyigi prison still lacks the separation between those awaiting trail and already condemned prisoners. The situation in the prison are, to no wonder, having impact on the people staying there. According to the director of the prison, the incarcerated Batwa are showing this in a particularly way. They stop doing anything at all, stop caring of what is going on around them, just sitting still in lost hope over their life.

However, the awareness sessions were appreciated,  the visited prisoners were pleased with getting the knowledge and information provided. Receiving the attention made them also see that they are not completely neglected, there are people thinking about them, caring for their rights. One of the most surprising findings was that none of the prisoners had been assisted by a lawyer, this may be due to Ruyigi being such a remote area. The absence of legal assistance though is an deficiency that IBJ is aiming to fulfill, the organization have begun to collaborate with the Gitega Bar association in order to help the Ruyigi prisoners with pro bono legal counsel. Efforts like that are highly required; a result of the awareness activity was that more than 35 out of 64 sensitized expressed their will to be assisted. 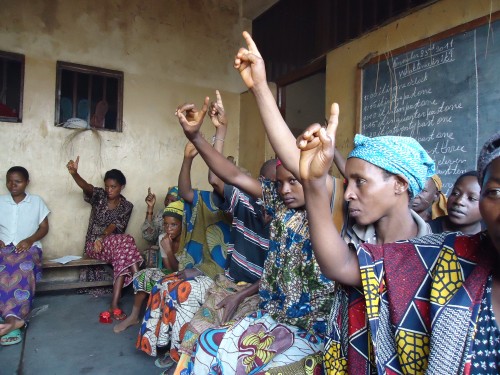 Women holding up their hands as part of survey