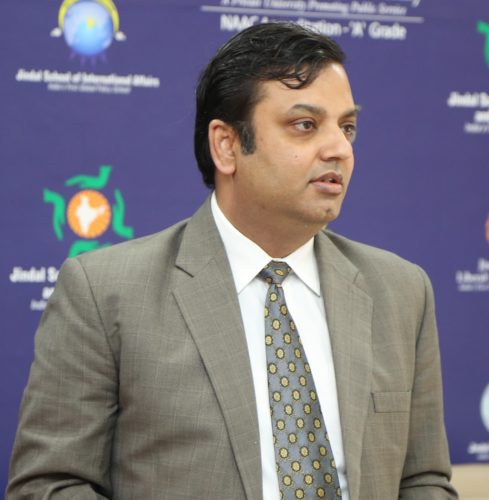 Mr. Abhinav Jain is a lawyer who completed his LLB in 2013 from Meerut College, Meerut and LLM in Mercantile Law from Meerut College Meerut in 2015. He is enrolled with the Delhi Bar Council since July 2013. Since his enrollment as an advocate, he has pursued independent legal practice in Delhi District Courts in Civil, Criminal and Matrimonial cases. On May 2016 he has been appointed with Delhi State Legal Services Authority (DSLSA) as a Penal Advocate in the Juvenile Justice Board where he represents CCL’s (Children in Conflict with Law) as defense advocate. He has joined International Bridges to Justice India on 21st of May 2022 as Defense Council for CCL’s.

Mr. Hardev Kashyap has done his B.A. from Shyam Lal College, Delhi University in 2004. He completed his LL.B., from M.M.H. College, CCS University, Meerut in 2007 and M.A. (Sociology) from Hindu College, Moradabad, MJP, Rohilkhand University in 2011. Mr. Kashyap has practiced as an advocate in District Courts dealing with criminal, matrimonial, consumer cases and cases under the Negotiable Instruments Act for six years. He was also working as an advocate in the Child Welfare Committee, a Bench of the Magistrate Govt. of NCT of Delhi for six years, ably assisting the Committee in Child labour cases, bonded labour cases, restoration of children, child trafficking, child marriage, recovery of minimum wages in child labour, adoption, determination of age of children etc. He has also produced and represented children before the child welfare committee as an advocate, providing counseling to children and parents in their cases.

Bhoomika Uppal is a student of LL.B. (Hons.) at Amity Law School, Amity University, Noida, Uttar Pradesh. She has completed her major in Sociology from Janki Devi Memorial College, the University of Delhi in the year 2021 and is intrinsically dedicated and motivated to bring change to society. She is passionate about working in the domain of gender and human rights and aims to become a social impact lawyer. She has served as the Director of Community Services at the Rotaract Club of Ashoka Artisans, Rotary International District and has worked with various non-governmental organizations in the domain of education, gender sensitization, and awareness.

She has a flair for writing and enjoys reading feminist literature in her free time. She loves to write poems and short stories and wants to author a book someday.

She will volunteer with IBJ India to provide pro bono legal representation to undertrial prisoners, assist IBJ in collaborating with different organizations in the public interest sector, and organize webinars on important questions of criminal law jurisprudence.

Ms Vungthianmuang hails from Churachandpur, a small town in the state of Manipur, one of the most culturally rich states nested in the North East India. She grew up in different parts of India including Assam, Meghalaya and New Delhi, due to her father’s job,. She completed her Bachelors in Social Sciences and Masters of Social Work in Counselling from Tata Institute of Social Sciences, Guwahati Campus.

Apart from this, she has completed certificate courses in “Mental Health apps: Usage and Practice implication” from Union Christian College, Aluva, “International Perspectives in Social Work Practice” from Madras School of Social Work and “Psycho-Social Rehabilitation” from the same, in collaboration with Schizophrenia Research Foundation, NIMHANS.

She has also presented a Seminar Paper on “Child Sexual Abuse and its effect on one’s Mental Health” at The Malsawm Initiative, Churachandpur, Manipur, and has, additionally, written a Thesis on Human Trafficking in Assam and Caring for Aikhovung: A Study of Medical Care, Alzheimer’s Dementia in Guwahati. She is currently a freelance Counsellor.

If you are interested in joining Team India, please read the following