Ms. Thyda[1] is 24- year-old woman living in a small house with her family on the side of an abandoned railway in Phnom Penh. Her house is part of a community of pieced-together houses, colloquially referred to as a slum. It is in this very same community where the incident leading to her detention and upcoming trial occurred. Her possible charge is intentional violence with aggression. 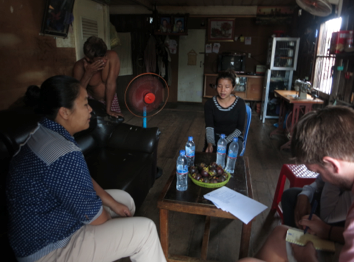 It all began when her monthly 64-dollar paycheck went missing from her locker, which she suspects was stolen. In order to pay her bills, she was forced to ask a man from her community for a loan. Unfortunately, Ms. Thyda caught him at the wrong time as he was on his porch visibly intoxicated. He started calling her names, belligerently insulting her and her family. He then proceeded to throw food and metal objects at her. Eventually the situation escalated into a physical altercation. It is at this point that an unknown group of men arrived and proceeded to beat the man up. Though she left quickly, Ms. Thyda did not escape without being severely beaten.

Ms. Thyda was aware of the fact that this man was a government informant living in the slums to provide information about the goings-on in the community. This frightened her because these connections made him a dangerous man to upset and could mean extreme prejudice and injustice against her. As it turns out, he was so upset that he called his friends at the police station and blamed the entire incident on this young woman who had come to him for help.

The police asked Ms. Thyda to come give her statement at the station. Since she felt she did nothing wrong, she went to the station right away. However, instead of taking her statement they decided to keep her in custody until the investigation started. She was not informed of any time limit on her custody and feared that she could be kept there indefinitely. It is hard to say how long she may have stayed had International Bridges to Justice not intervened.

There is no time limit, no oversight; she could have been detained for however long they saw fit. As no charges were made, Ms. Thyda was not read her rights. She was thrown into a damp10x10 foot cell with no light other than a 4×6 inch window. The conditions were deplorable. There was no bed, sheets, or ventilation at all. Though prison conditions are already poor, custody conditions are even less monitored due to the fact that they are meant to be short term holding facilities. Conditions vary from lush cells, usually reserved for the wealthy, to what Ms. Thyda unfortunately experienced. She was in custody for five days during which time she was provided absolutely no food or water. Luckily her family was able to bring her what little sustenance they could afford to keep her going. Looking back at those five long days in the custody, Ms. Thyda said, “I felt absolutely hopeless. I was hungry, tired, scared and I knew that nobody was coming to help me. I felt depressed because at this point, my life seemed to be over.”[2] 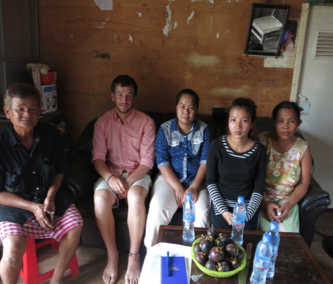 IBJ is known by many other organizations in Cambodia as one of the only viable options to turn in a situation like this. There are groups that particularly try to look after service workers in Phnom Penh. Luckily, the restaurant Ms. Thyda works for is connected to one such group that specifically looks after women who work night jobs. After hearing about her situation, the organization contacted IBJ for help. An IBJ attorney was able to meet with Ms. Thyda the very next day, listen to her story, and get her released from custody that same day. Since there were no existing charges, there was no bail or hearing.

As Ms. Thyda’s case demonstrates, early access to council is essential. Lawyers play an integral role in advocating and protecting prisoner’s rights within the legal system. Ms. Thyda could have easily been in custody for months before any investigation even started. She has not been charged with anything yet, but if she is, IBJ will be by her side defending her rights every step of the way.