On November 27th 2008 a romantic rival stabbed Hlengiwe Msibi six times in the forehead. Seven months later she is still waiting for justice to be done. After bringing her assailant to trial in the Swazi traditional courts neither a witness nor the weapon nor even her medical report were presented and her case was thrown out. The presiding officer gave her a rationale. 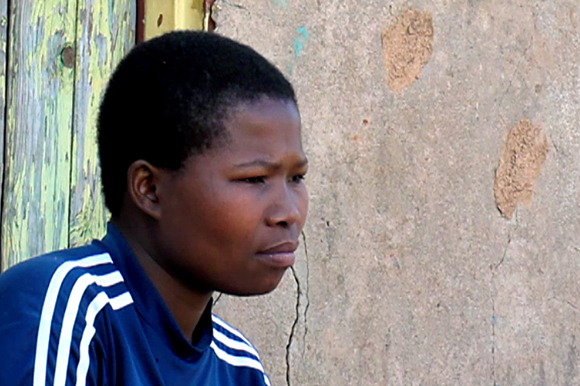 Above: Hlengiwe Msibi pauses as she recounts the ordeal that led to her trial, which JusticeMakers has taken an interest in, outside her home near Manzini, Swaziland. (Photo by Nick Loomis.)

“The court president stated that if a person stabs you, you should stab him back, Hlengiwe said. “So the accused was acquitted.”

That is when Buhle Dube and the JusticeMakers stepped in to investigate her case. Already observing the court they approached Hlengiwe after the verdict.

“There’s a lot of irregularities,” second-year law student and JusticeMakers intern Phakama Shili said. “We are going to take up the matter for review.”

Pointing to other events that occurred before the trial Hlengiwe sees evidence of corruption.

“Police officers told them (the accused and boyfriend) that they must carry 240 Emalangeni for the fine and the accused was told to bring the knife she used to stab me,” Hlengiwe said, adding this could have influenced the verdict. 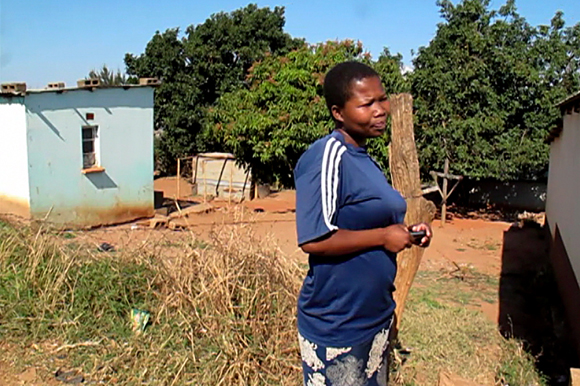 Above: Hlengiwe Msibi says stands near her home outside Manzini, Swaziland. (Photo by Nick Loomis.)

“That decision had been taken a long time ago because the police officers were given money by my boyfriend and the accused.”

Complicating matters is the traditional courts’ structure, which does not allow lawyers and employs a convoluted system of appeals. The JusticeMakers have discovered these difficulties firsthand while working on her appeal.

“The law was not clear on what to do in that regard so we wrote to the highest authority within the customary courts hierarchy asking them to order a review of that case so that the complaint we’re bringing to them can be addressed,” Dube explained.

“Unfortunately the letter bounced back.” 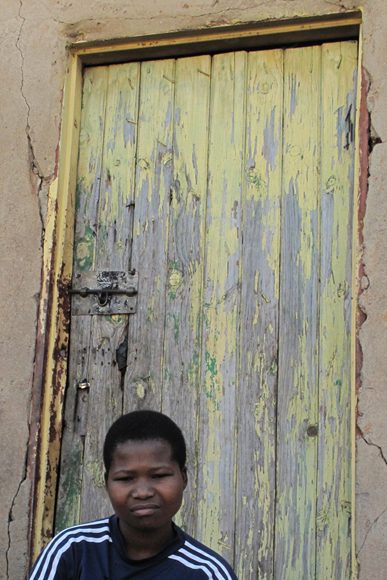 Above: Hlengiwe Msibi pauses as she recounts the ordeal that led to her trial, which JusticeMakers has taken an interest in, outside her home near Manzini, Swaziland. (Photo by Nick Loomis.)

Referring to the lack of justice and bureaucratic red tape Hlengiwe says her trust in the Swazi courts has eroded.

“I feel like I’m being suppressed,” Hlengiwe said. “I was hard done by the decision and I felt like we were not in the real justice system.”