On Thursday, July 9, 2009, Ouk Vandeth from IBJ and Sok Kung from Cambodia Defender’s Project (link) co-lead a radio outreach program in Phnom Penh.  The program was broadcast throughout the country, with people calling from Phnom Penh, Kandal Province, Kampong Thom Province, and Kampong Chhnang Province, among others.  The topic was the investigation stage of the criminal procedure. 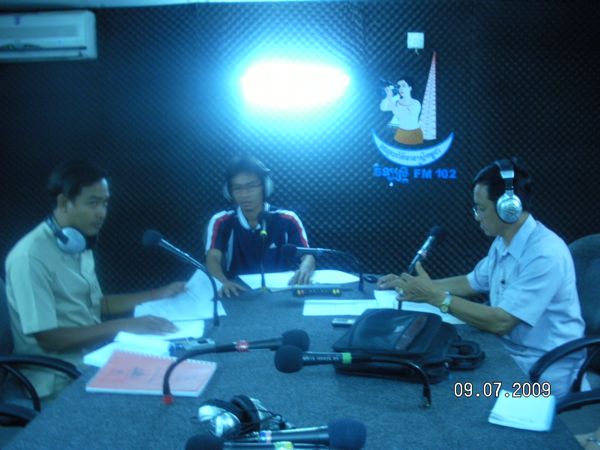 Vandeth and Sok Kung answered each question with an in-depth discussion of the issue.  They took care to define the vocabulary that they were using, so that listeners would understand the procedure exactly.  For instance, the first question pertained to what exactly is the meaning of a “charged person.”  They explained that a suspect is someone under investigating by the police.  A charged person is under investigation by the prosecutor, and an accused person is someone who will be taken to trial for the alleged offense. 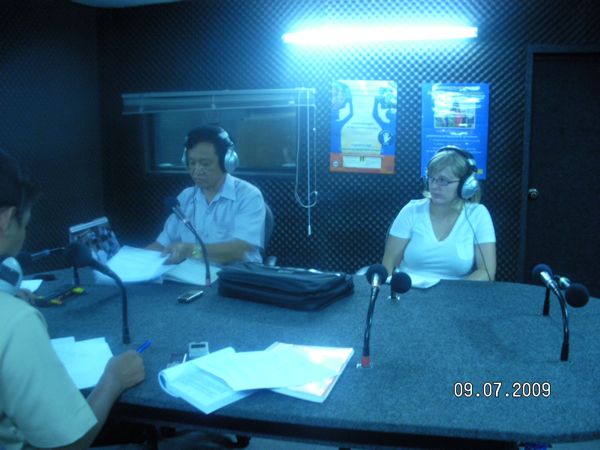 Vandeth and Sok Kung also explained all the powers and abilities of an investigating judge.  They discussed the differences between a subpoena, which summons a person, and an order to bring, which summons a suspect who has refused to present himself to the court, and an arrest warrant, issued if the suspect flees.  In addition the investigating judge’s duties, they pointed out that the accused has certain rights, such as the right to know what charged are being brought against him, the right to a lawyer, the right to an interpreter or translator, and the right to request release from detention.

Several callers asked more specific questions, such as what to do when someone has been detained for committing a crime, when the victim swears that that person was not involved.  Vandeth and Sok Kung again emphasized the duty of the investigating judge to examine both inculpatory and exculpatory evidence. 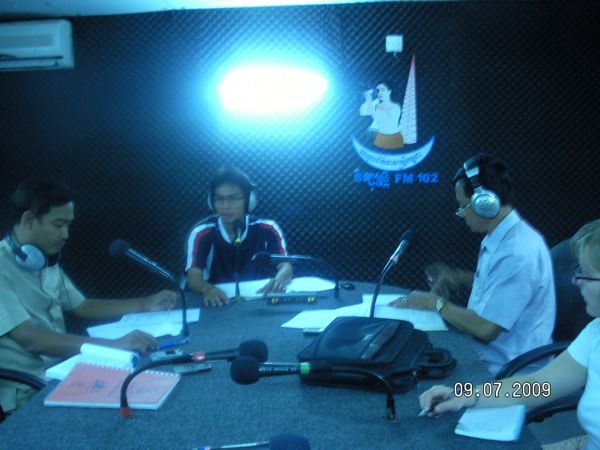 In the end, Vandeth and Sok Kung answered questions from four on-air callers, and noted than another twenty-two persons had called in.  Unfortunately, there was not time to answer everyone’s questions in the one-hour program.  As soon as the program ended, however, their phones began ringing with people who had heard the radio program and had their own questions.