Problem solving happens in a number of different ways; a good theoretical understanding of the situation is necessary, but often, a targeted action is needed. That’s the conclusion lawyers, magistrates, police officers and prison officials came to on the 30th July 2009, at the roundtable discussion co-organized with APRODH in Bubanza province. The forum discussion was held in order to look at the problem of the congested Bubanza prison, the underlying issue of pre-trial detention and to spark a coordinated answer to this form of denial of justice.

The roundtable discussion was attended by 7 lawyers (3 of whom participated in last July’s training), 6 judicial police officers, 2 prison officials (including the Bubanza Prison Director), the President of the Bubanza Court (Tribunal de Grande Instance de Bubanza) and 3 prosecutors. Throughout the discussions, IBJ has observed a common will not only among defence lawyers, but also among police officers, magistrates, and prison officials to elevate their professional standards and promote a culture of respect for the rule of law.

During the first phase of the discussions, the participants identified the great rate of pre‐trial detention in Bubanza as a major issue of concern and as unacceptable for a system which should strive to promote early access to justice. Pre‐trial detainees are denied their most fundamental right – freedom – which is supposed to be guaranteed by the application of the principle of presumption of innocence. This unacceptably high pre‐trial detention rate puts under strain the prison system, all the more so because the prison’s occupancy level is amongst the highest in the country. 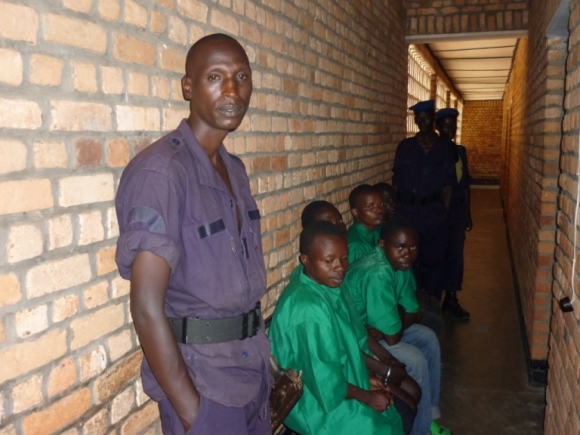 Above: Police escort of pre-trial detainees waiting to get into the Bubanza Court Room (Photo by Claire Habimana)

Participants then actively discussed the root causes of this problem, among them, insufficient court system resources, lack of enforcement of legal obligations of the rights of the accused, and lack of training of judges were identified as particularly challenging.

Finally, the discussion of different problem‐solving approaches led to the adoption of several concrete actions. Lawyers committed to spending a part of their August vacation visiting Bubanza Prison and working to expedite the proceedings of prisoners who have remained in pre‐trial detention long‐term. The Prison Director committed to facilitate the process by granting lawyers unlimited and unrestricted access to prison records. And the President of the Bubanza Court agreed to expedite the trials of those who have remained, often illegally of unjustly, on remand for a long period of time, thus beginning to repair the damages caused by the non‐enforcetement of laws designed to prevent excessive legal delays.

Organized with our historic partner in Burundi, the Association for the Protection of Human Rights and Detained Persons (APRODH), this roundtable is a resounding testimony of how much change can be brought as a result of collective stimulation, exchanges and engagement. APRODH committed to provide transportation for lawyers to reach Bubanza and IBJ promised to facilitate and fund accommodation for them.

As a first step towards keeping up with the commitments, on August 12 and 13, 6 of the 7 lawyers went to Bubanza and managed to book court dates for 61 cases to be heard shortly at the Tribunal de Grande Instance. Since then, 45 detainees have been released among whom 15 are juveniles. 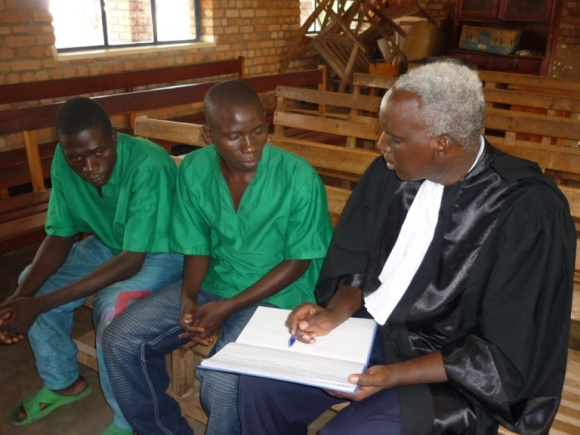 Above:  Lawyer Herman NDAYISHIMIYE, an IBJ training and roundtable participant, gathering information from his clients to prepare their case  before the Bubanza Court audience. (Photo by Claire Habimana)

IBJ was fortunate to make a few crucial breakthroughs which helped to facilitate this dramatic turnaround. Perhaps most importantly, IBJ received the blessing of the Governor of the Bubanza Province who, in addition to authorizing the roundtable, urged participants to make concrete and personal commitments to reduce pre‐trial detention in the province and assured of his continuous support because; in his words “a functioning justice system is not the concern of only a couple of professionals, but a collective necessity to strengthen peace and democracy across the country”. 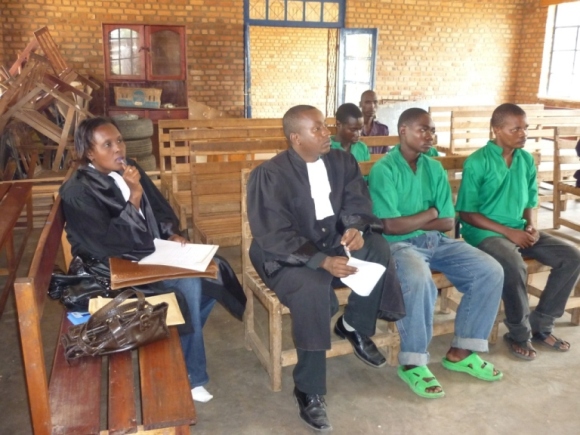 Above: Lawyers Sonia NDIKUMASABO and Patrick-Didier NUKURI pleading for the immediate release of their pre-trial clients in Bubanza court. (Photo by Claire Habimana).