On November 19th and 20th, IBJ Rwanda Fellow John Bosco Bugingo, IBJ Burundi Fellow Astère Muyango and one of IBJ Burundi’s Legal Fellows, Janvier Ncamatwi, attended the East Africa Law Society (EALS) Annual General Meeting and Conference hosted by the Burundi Bar Association at the Hotel Celexon in Bujumbura, Burundi. The theme of the conference was “One East Africa: Democracy and Good Governance” and it aimed to bring together lawyers from different countries in the East African region. With IBJ’s aim of providing legal assistance and due process to the accused all over the world and in light of the East Africa Defender Manual Project, it promised to be an important and interesting meeting for IBJ to contribute to.

The two-day conference included presentations on various relevant topics of interest for the legal community of East Africa. The topics that were discussed were harnessing democracies in East Africa; progress towards the East African Common market; the quest for free and fair electoral processes in East Africa and access to justice for all. Papers on these topics that were written for the purpose of the discussions will be available soon on the EALS website.

With the growing standardization and harmonization of laws across the East Africa Community (EAC), the language barrier between the Anglophone Kenya, Tanzania and Uganda and the mostly Francophone Burundi and Rwanda becomes particularly challenging. Even within Rwanda the situation is tricky as lawyers can plead in court in French, English or Kinyarwanda, making the procedure at times very complex, labor-intensive and time-consuming. To get lawyers excited about the upcoming manual, IBJ developed a 50-page glossary of English/French and French/English legal terms pertaining to the field of criminal law with the support of the EALS, the Burundi Bar Association and the Kigali Bar Association. The glossary translates more than 800 legal terms from English to French and vice versa. 400 printed copies of the manual have been distributed at the East Africa Law Society Annual General Meeting and Conference on November 19th and 20th 2010 in Bujumbura, Burundi, creating a sensation within the East African legal community. Many lawyers appreciated the glossary and showed interest in IBJ’s work in the different communities of East Africa. At the end of the conference, only ten of the 400 copies were left. Additionally, a reception that was organized for those attending ensured that lawyers could interact informally and enabled our fellows to meet interesting people – including the newly elected President of the EALS, the CEO of the EALS and of the national bar associations, as well as individual lawyers – and spread the word about IBJ.

This meeting was an excellent platform to increase IBJ’s work visibility across East africa, launch the IBJ East Africa project and to reassert IBJ’s commitment to improving the legal system and legal integration in East Africa. 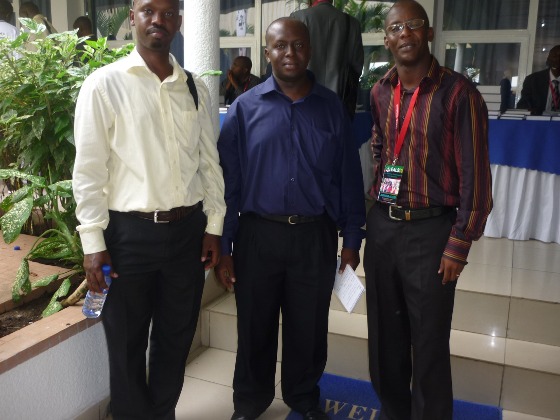 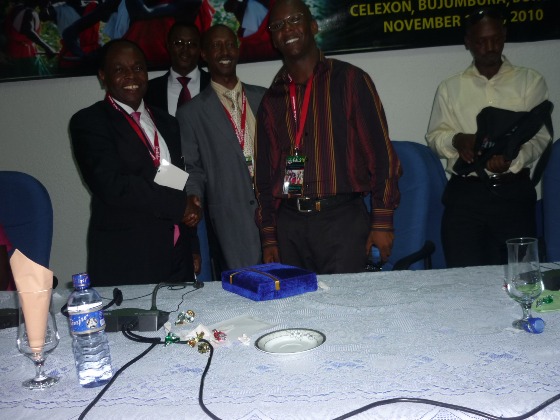 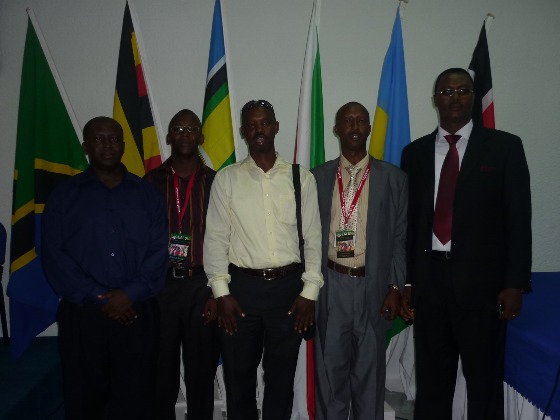 Above: IBJ Rwanda and Burundi Fellows pose with the CEO of the EALS (far left) and the Burundi expert of the drafting committee of the IBJ/EALS defense manual (far right) (Photo by Aline Nijimbere). 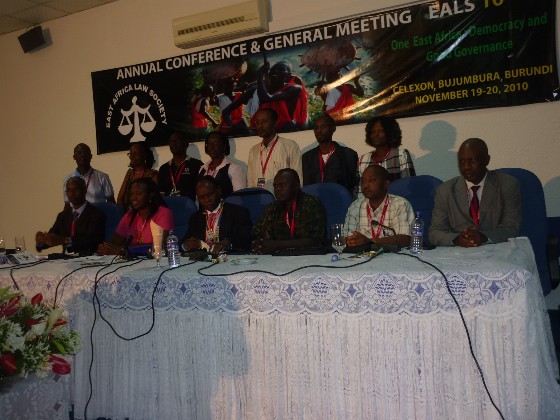 Above: The newly elected committee of the EALS (Photo by Astère Muyango).