In yet another endeavor to facilitate, the empowerless IBJ India has reached out to the inmates of Tihar Jail No. 8 on June 5, 2013 in an awareness campaign on legal aid. This time topics chosen were bail and plea bargaining which are of general importance to any person not just in India but throughout the world especially to those who are apprehended and sent to jail. 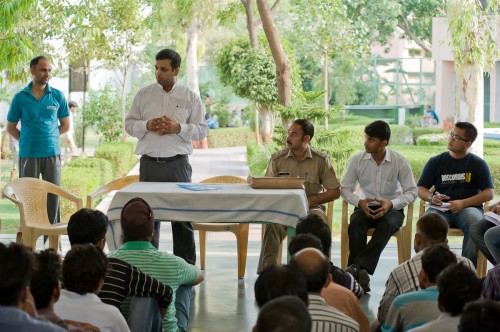 Ajay Verma, Advocate and IBJ’s fellow in India initiated the session by giving the brief outline of bail and plea bargaining and how these concepts lead to speedy trial. Prima facie it was observable that most of the inmates belong to the low strata of society and hence, entitled to legal aid, which compelled Mr. Verma to inquire from the inmates their knowledge about legal aid as a free legal service. But to our surprise not a single a hand was raised in the gathering of more than 200 inmates. What disturbed us the most was that they were not even aware about the legal aid office situated within the premises of Jail No. 8, not to mention the awareness of free legal services, which clearly showed their complete ignorance about legal aid. 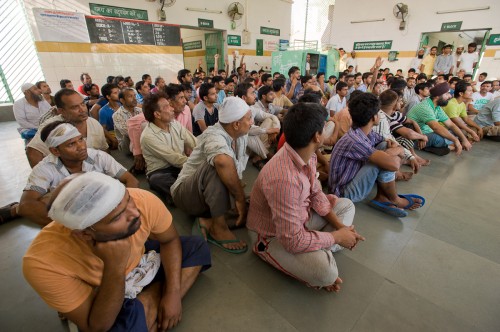 This single instance gave us a better picture of lack of awareness of Legal Aid in India and much needed systematic concerted reform to overhaul the process of Legal Aid which was beautifully explored by the Supreme Court of India in the case of Hussainara Khatoon & Ors vs Home Secretary, State Of Bihar in that Justice Bhagwati held: ”free legal services are an essential ingredient of ‘reasonable, fair and just, procedure for a person accused of an offence and it must be held implicit in the guarantee of Article 21.” 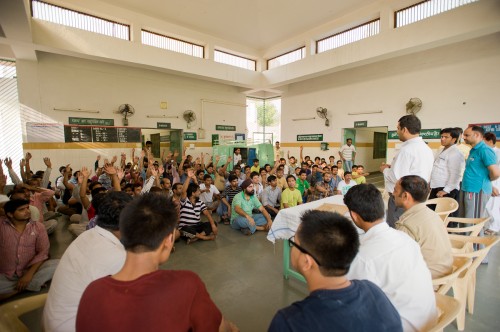 After the briefing Mr. Verma gave opportunity to the IBJ volunteers Kumarjeeb Pegu and Sumit Sonkar who are also law students of  Campus Law Centre, Faculty of Law, University of Delhi to share the detailed information about the topics and brought forth various pros and cons of bail and plea bargaining in the light of surety bond, jurisdiction of court, conditions of bail, nature of offences and what cases they are entitled to bail as a matter of right in bailable offences. However in non-bailable offences bail is at the discretion of the court. It was also explained how a plea bargaining can, without proper application of mind in understanding its effect, lead to spoil an inmate’s career prospects in government jobs.

The awareness event was attended by more than 200 inmates of the jail no. 8, who were recently brought to the jail. The desperation for freedom visible from their faces persuaded them to ask questions to Mr. Ajay Verma. In a bid to resolve the queries of unfortunate people Mr. Verma emphatically answered their array of queries from juvenility to appeal in the High Courts and explained various intricacies of law in a simplified manner related to bail and plea-bargaining. 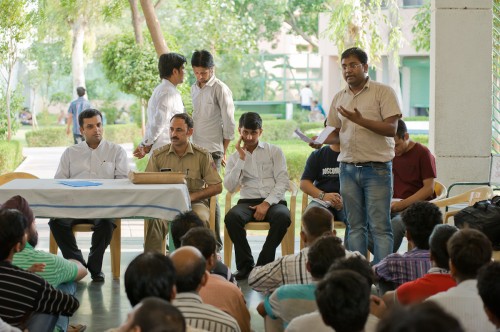 Although, the awareness session program is over, it is just a beginning for us to put more determined efforts in this direction to achieve the dream of an equitable and just society by lending a hand of support and voicing the concerns of the voiceless. IBJ India is devoted to being a pillar of support to those who require legal assistance and is prepared to contribute to the daunting task of achieving the objective of social justice.

Last but not the least, we would like to thank the superintendent and other staff of jail no. 8 for their hospitality and support of our awareness event.