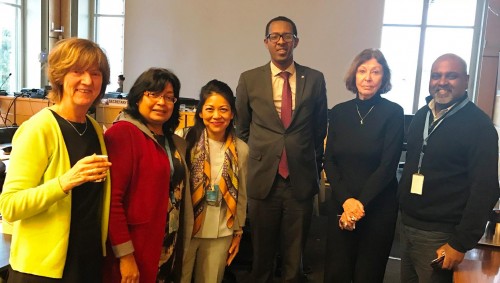 Geneva, Switzerland – On February 8, members of the UN Committee on the Rights of the Child (CRC) met with IBJ’s CEO and Founder, Karen Tse, and International Program Director Sanjeewa Liyanage to sign the Declaration on Access to Justice to Prevent Torture. IBJ is extremely encouraged by the incredible work the CRC is doing to improve the rights and well-being of children around the world. The support of the Committee on the Rights of the Child for the Declaration marks an important step in mobilizing the international community in a global commitment to ending torture and advancing access to justice.

“Not to prevent torture means to deny access to justice,” stated CRC Vice President Justice Renate Winter. “Access in practice, not only in theory”.

Echoing Winter’s support, Ms. Hynd Ayoubi Idrissi from Morocco added, “the prevention of torture is one of the common responsibilities of humanity.” 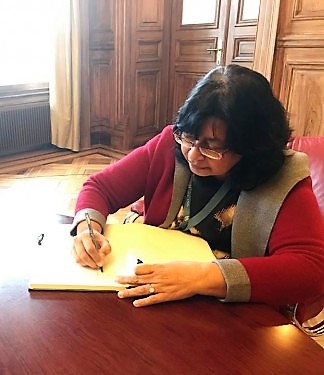 IBJ 2010 JusticeMakers Fellow and Vice-President of the UN Committee of the Rights of the Child, Yasmeen Shariff, signs the Declaration on Access to Justice to Prevent Torture

IBJ is particularly proud to have Yasmeen Shariff, who is a 2010 Asia JusticeMakers Fellow, as the CRC’s outgoing Vice-Chairperson, and of her decade-long work improving child rights and juvenile justice in her home country, Malaysia.

The full list of signatories from the CRC includes: 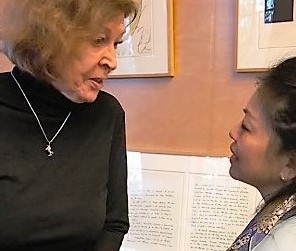 Eminent jurist, Judge Renate Winter of Austria who is Vice-Chairperson of the UN Committee of the Rights of the Child with IBJ Founder and CEO, Karen Tse