unded International Bridges of Justice in 2000 to promote systemic global change in the administration of criminal justice. A former public defender, Karen first developed her interest in the cross section of criminal law and human rights as a Thomas J. Watson Fellow in 1986, after observing Southeast Asian refugees detained in a local prison without trial; thousands of prisoners of all ages being held without trial, often having been tortured into making so called confessions. In 1994, she moved to Cambodia to train the country’s first core group of public defenders and subsequently served as a United Nations Judicial Mentor. Under the auspices of the U.N., she trained judges and prosecutors, and established the first arraignment court in Cambodia. In the initial stages, she negotiated groundbreaking measures in judicial reform with the Chinese, Vietnamese and Cambodian governments.

Under her leadership, IBJ has expanded its programming to include Rwanda, Burundi, Zimbabwe and India. In addition to the Defenders Resource Centers in those countries, IBJ also sponsors independent Justice Makers in 25 countries. IBJ has created a Global Defense Support Program to bring IBJ assistance to public defenders worldwide. In 2010, IBJ launched the Justice Training Center in Singapore. A graduate of UCLA Law School and Harvard Divinity School, Karen was named by U.S. News & World Report as one of America’s Best Leaders in 2007. She has been recognized by the Skoll Foundation, Ashoka and Echoing Green as a leading social entrepreneur. Karen was the recipient of the 2008 Harvard Divinity School’s First Decade Award, and the 2008 American Bar Association’s International Human Rights Award. She also received the 2009 Gleitsman International Award at the Harvard Kennedy School of Government. More on Karen

Investment Director. Graduated from the Australian National University with a PhD in Economics, and also holds a Bachelor of Business Administration (Financial Management) from Curtin University. Steve started his career as a development economist in Asia in 1991, and after moving to Geneva in 1997 began a career in wealth management. Steve spent six years with the Santander Group in fund research, before founding his own company Alps Advisors in 2005 dedicated to hedge fund research. In 2007, Steve returned to Asia in various leadership roles, including as the CIO of Sparx Hong Kong, and then as Head of Equities for Fidelity Japan in 2010. In 2013, Steve joined Octogone as an investment team member and has responsibilities in fund research, asset allocation and portfolio advisory. He is married and has two children. 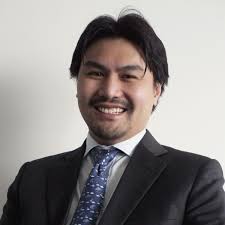 HH Tunku Ali Redhauddin Tuanku Muhriz is Tunku Besar Seri Menanti of the state of Negeri Sembilan, Malaysia. Beyond his official state role, he divides his time between corporate boards, social causes, and education.
He is Royal Patron of Enactus Malaysia Foundation, Chairman of the Munarah Foundation, Chairman and Founding Trustee of Teach for Malaysia, and a Board Member of WWF Malaysia. He is Pro-Chancellor of Universiti Sains Islam Malaysia, a Fellow at the Centre for Advancement of Social Business at Universiti Kebangsaan Malaysia, and a Governor of Marlborough College Malaysia‎.

He holds a Masters of Public Administration from the John F Kennedy School of Government, Harvard University, and a BA (Hons) in History and Social and Political Sciences from the University of Cambridge. Previously, Tunku Ali was a management consultant with McKinsey & Company (1998-2004) and a senior member of the Investments Division at Khazanah Nasional, Malaysia’s Sovereign Development Fund (2004-2010).‎ In 2013, Tunku Ali was recognised by the World Economic Forum as a Young Global Leader.