“I don’t fear another man killing me here.”
-Wellington 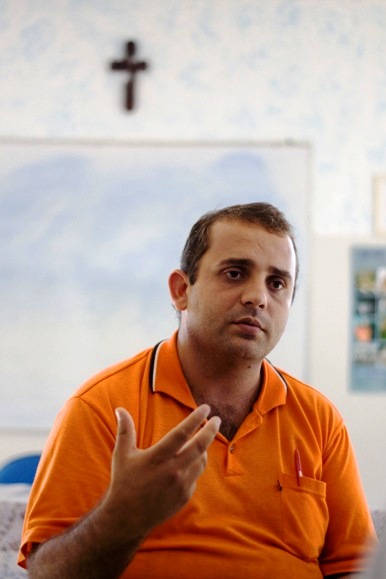 Wellington is a ‘recuperando,’ an inmate in a progressive Brazilian prison known as APAC (Associação de Proteção e Assistência aos Condenados). He feels safe here. APAC is a prison with 16 full time staff for 150+ inmates who guard themselves, cook for themselves, garden, make kites and chairs, give tours, and hold the keys to the front door. APAC is located between a dump on the left and a cemetery on the right. Prisoners joke that society feels the only future option for inmates is either the trash or the coffin. Either way they go, their fellow inmates are the ones guarding the doors to let them in or out.

The President of Itauna’s branch of APAC, Mr. Valdeci Antonio Ferreira, told us how he became involved with APAC.

“I’ve worked for 25 years with condemned men. When I went to see another prison today I realized that I am starting all over again, like I’m starting my first fight.”

Many communities reject APAC jails because they are uncomfortable with prisoners holding the keys to their own cells. Wellington told us that now people in Itauna “like living next to APAC. They have fewer problems with the prisoners that they do with their neighbors.”

Criminals who have committed a range of offenses, from homicide to robbery, are admitted into APAC. Some dispute the accuracy of the statistics, but APAC return rates are 8.4% compared with a national average of 80% and a world average of 70%. Between 300-400 people visit the prison each month to see how this is possible. The motto of the prison is “a man is greater than his errors.” Wellington echoed this sentiment, “ what crime I committed is not who I am.”

There are 24 APAC prisons in the State of Minas Gerais, more than 100 in Brazil and APAC has model prisons in over 27 countries across the globe.  The cost of one prisoner at APAC is $250 USD/month. The cost of one prisoner in a common jail in Brazil is about $1,000 USD/month. Prisoners in the ‘open-regimes’ are allowed to leave the prison every morning at 6am to work, go to the doctor, run other errands and must return back by 7pm. APAC prisons are divided into three regimes. These include open, semi-open, and closed. Each regime is not allowed contact with the other. In order to move up the ranks into the ‘open regime’ a prisoner needs to demonstrate good behavior and a commitment to APAC‘s goals, irregardless of the crime he or she committed. Open regimes are coveted as they allow prisoners to work outside of the prison and see their families on a regular basis.  However, when an APAC prisoner leaves the premises he is usually accompanied by a volunteer. Out of 25,745 times this has occurred only 6 individuals have not returned back to the prison. Over a period of a few months, prisoners in the closed regimes, if they have good behavior, may be approved to move to the semi-open regimes and then eventually to the open regimes. APAC is trying to emphasize that these people are men and women who have the potential to change. They are not ‘just prisoners.’

Over 90% of inmates who first come to APAC have drug problems. Wellington spoke about the importance of religion for these prisoners facing tough circumstances.  He intimated there is a strong preference among convicted men for disbelief. But Wellington says he will keep his religious convictions alive. Yet, Wellington knows that however hard he may try to reform,  society will place a permanent stigma over him. He reminded me of a passage from the play  Life is but a Dream:

“Those stars, that too far up from human blame,
to clear themselves, or careless of the charge
still bear upon their shining shoulders all the
guilt men shift upon them.”

Prisoners face both these stigmas and stagnant prison conditions. The Floramar prison that the IBJ team covered earlier this Summer rioted the night we were at APAC. Prisoners cited reasons of overcrowding. Most prisons in Brazil are over capacity and swelling with more people each day. The law states that each prisoner should have 6m squared of personal space. A man might be greater than his errors, as APAC‘s motto states, but he rarely has the space to prove it.

Before we left, a man named Guilherme gave us a tour of the semi-closed and closed regimes in APAC. He showed us the gardens where they grow their own food overlooking a valley. As we concluded the tour he reminded us,

“If we wanted to, the prisoners have the keys, we could all walk out of here right now.” 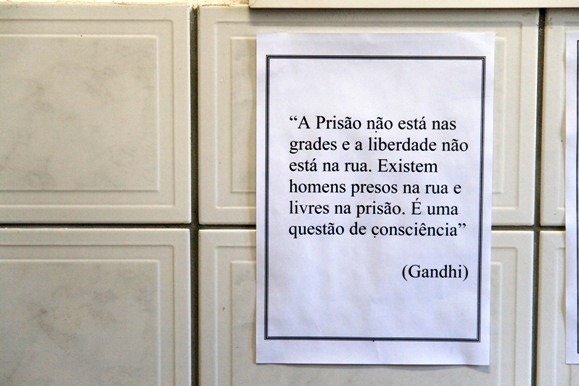 A sign on the wall reads: The prison is not behind bars, nor is liberty found in the street. There exist both imprisoned men among the streets and free men in prisons. It is a matter of conscience. (Photo by Michelle Ferng) 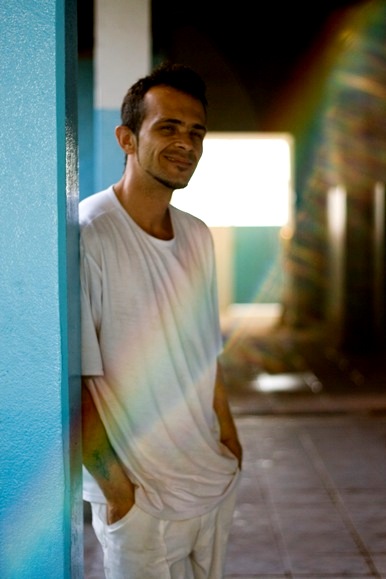 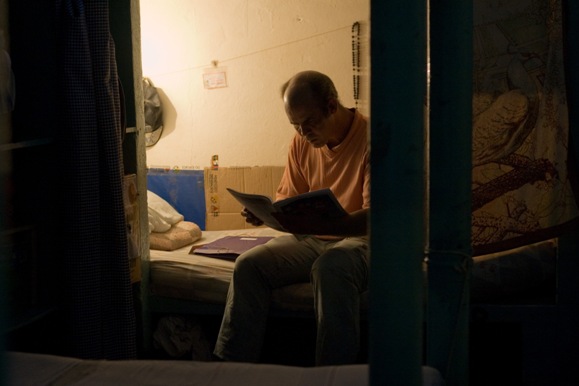 Above: Inmates spend time reading and strolling through the buildings. (Photos by Michelle Ferng) 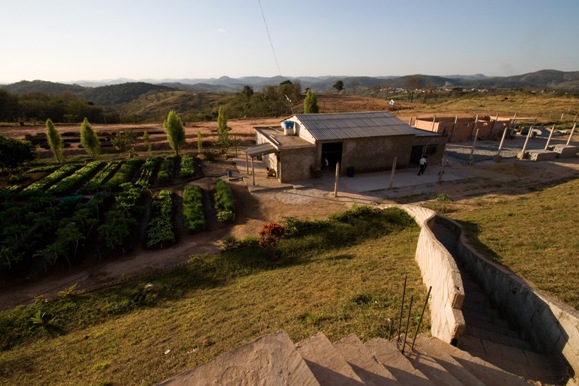 Above: A staircase is shown leading out of APAC prison into the jail’s gardens where inmates are responsible for growing their own food in a semi-sustainable living program. (Photo by Michelle Ferng) 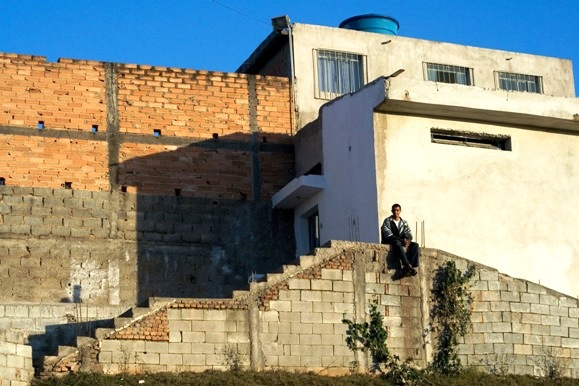 Above: An inmate savors a moment of solitude as he looks into the distant mountain range. (Photo by Michelle Ferng) 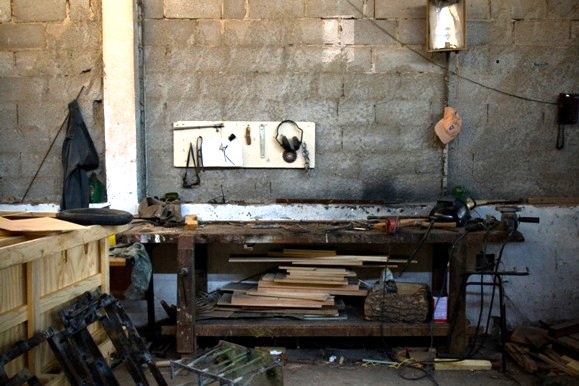 Above: Inmates are allowed to work with all sorts of heavy equipment and machinery in APAC’s furniture workshop — a rarity considering the fact that most other prisons take serious precautions against any personal possession of potential weapons. (Photo by Michelle Ferng) 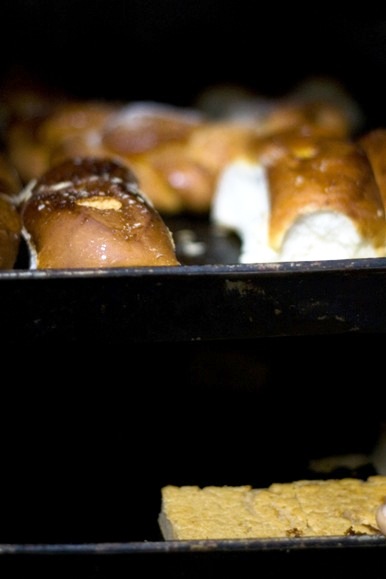 Above: APAC inmates produce a number of goods for sale, ranging from furniture to sandals to bread. (Photo by Michelle Ferng) 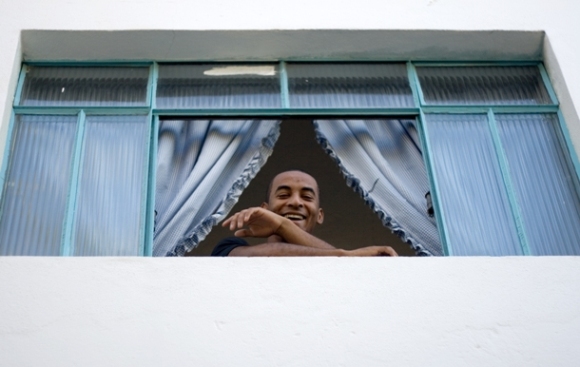 Above: An inmate smiles from an office window above. (Photo by Michelle Ferng)