The project was officially launched on 19th July 2009 at Kikwanda primary school and was attended by over 70 community members and leaders, including a political representative of the president, Rtd. Major David Matovu. The launch of the project was covered by a local newspaper Bukedde and a radio station Dunamis FM. 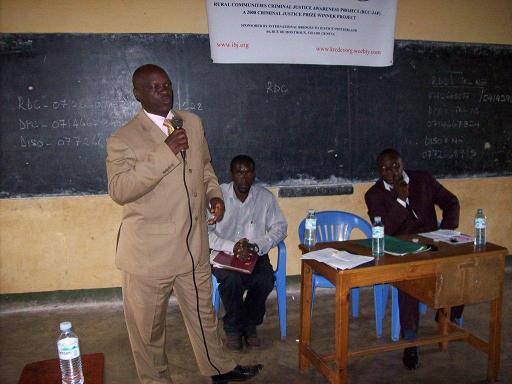 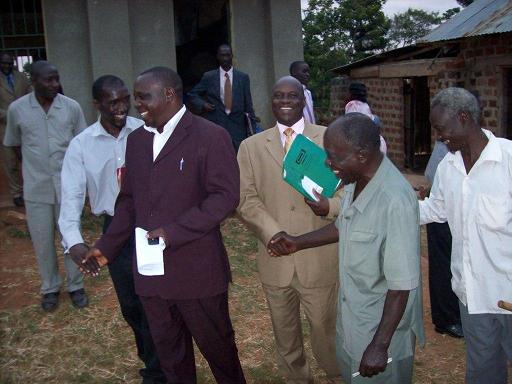 JusticeMakers fellow Robert Kibaya (second from left) with Rtd. Major David Matovu (third from right) after the opening ceremony of the project.

Earlier in July, a young man was arrested, beaten and then later burnt to death because he was merely suspected of being involved in the theft of cattle.  This is an exemple of the kind of injustices Robert and his team are trying to combat.

Robert has been training a group of community members to form the ‘Community Criminal Justice Monitoring Committee’. The aim of the committee is to scrutinize criminal justice practices in the community. To achieve this, the participants are trained with basic criminal justice skills and conduct workshops and awareness campaigns to inform villagers of who to contact if they experience an injustice. The committee will also counsel to villagers as to the correct procedures to follow if a crime has been perpetrated.  The trained committee members then report to Robert’s organization, Kikwanda Rural communities Development Organisation (KIRUCODO), about the problems. In turn, the organization provides guidance to the committee and recommends a course of action. 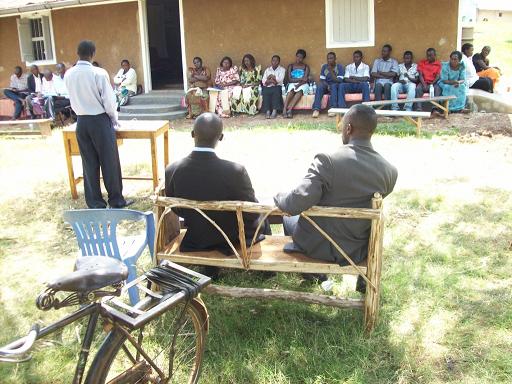 Robert addressing applicants to the Community Criminal Justice Monitoring Committee during the training.

When Robert proposed the Community Criminal Justice Monitoring Committee he was flooded by prospective candidates, with applicants far exceeding the number of positions availble. The training of the applicants took place on 23rd July 2009 for 4 days. The training covered the main laws that apply to criminal trials such as: the Police Act, Prison Act, Criminal Procedure Code Act, and The Magistrate Courts Act. Robert was helped by two visiting lawyers: Mr. Patrick Semakula and Mr. Vincent Katuba.  Trainees consisted of young men and women, and senior citizens from the surrounding villages.  Even those who were unsuccessful in their application to the committee were allowed to attend the training. Robert felt that this would help to broaden the scope and reach of the JusticeMakers project.

After the recruitment and training of committee members, local leaders praised the work of Robert and the leadership of his organization for developing this project in rural communities.

“The communities have faced enough injustice out of ignorance.” said Patrick Semakula, a visiting lawyer. “We feel the time is ripe for them, armed with the necessary information, to fight for their own rights and freedoms.” 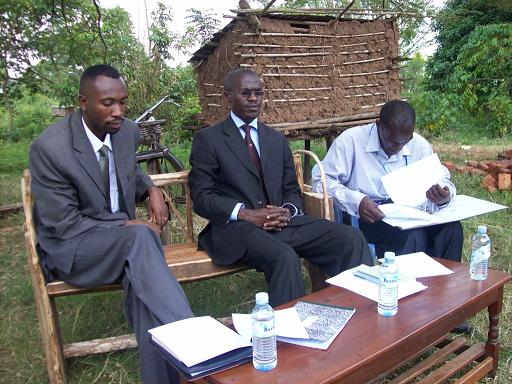 Inspired by the work of Robert, Patrick and his colleague Vincent have opened a Legal Aid Clinic in Kikwanda village. The clinic will support Robert’s JusticeMakers project by providing free legal consultation and advice for members of the Kikwanda community.