Mukarati Farayi is 21-years old. He got arrested in February 2009 on two counts of unlawful entry and theft. He was not able to engage the services of a lawyer. By the time IBJ Zimbabwe Legal Fellow John Burombo started assisting him, he had spent 8 months in remand in the most adverse and inhumane conditions.Orphaned of his two parents, he grew up with his maternal grandmother and his 6-years-old brother who is deaf and mute. Before his arrest, he was the family’s sole breadwinner, doing low-paid part-time jobs here and there. His grandmother could not afford to visit him in remand prison.

When he first met John, he expressed his concern at the welfare of his family in his absence, particularly his brother who is at school. John promised him to do all he could to assist him. John immediately filed an application for bail. Mukarati was granted bail of US$50. Unfortunately, neither him nor his family could afford to pay such an amount of money.

But John did not get discouraged for all that. He tried to have the bail reduced and pushed for the trial to commence. However, because of the court system congestion, nothing happened. John then filed an application for refusal of further remand since the State took a long time to commence the proceedings. The court upheld the application. Mukarati was released and re-united with his grandmother and young brother after 8 months spent in remand prison. He could barely hide his delight. 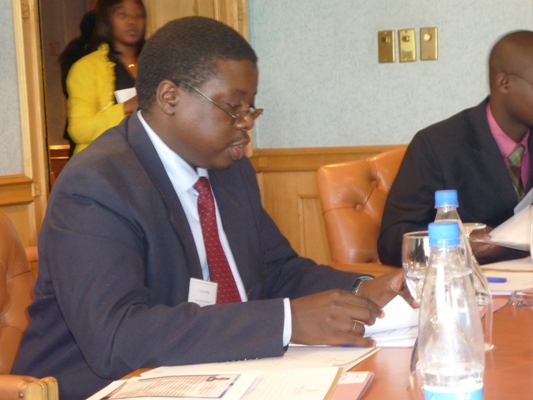