IBJ is extremely delighted to announce that the Bâtonnier Isidore Rufyikiri has just joined its Burundi Country Advosiry Council.

A dedicated lawyer for over 9 years, Isidore has defended hundreds of accused persons – often taking on his own resources to assist defenceless persons – and sometimes risking his own freedom for the sake of justice. His work as a passionate lawyer is only the most current embodiment of his lifelong commitment to the rule of law. His brief career as a public prosecutor taught him how an unbalanced justice system where prosecution is one-sided disservices the ideal of fair and transparent justice system. He later embraced a diplomatic career as first counsellor at the Embassy of Burundi in Algeria and later Tanzania, whereby he gained international exposure and a sound knowledge of the workings of international relations.

Today, as President of the Bar Association, Isidore concentrates all his efforts at ensuring systematic access to legal counsel for every Burundian accused of a crime. His leadership has led him to work closely with the United Nations Integrated Office in Burundi to draft a bill outlining the legal framework for legal aid (Loi portant cadre légal d’assistance judiciaire et d’aide juridictionnelle), which has been submitted to the Ministry of Justice for review.

Isidore knows that pointing out at torture and expressing opposition to the government can be risky. Accused of “attempting to public order” at three different occasions, Isidore spent consecutively 2 months, 4 years and 6 months in prison, with no access to his family, little access to food and no medical treatment. He felt very ill as the prison conditions were – and are still – adverse and inhumane.

He last got arrested on August 3rd, 2006 when he openly complained, as a lawyer, that four high-ranked officials had been badly tortured by the Burundi Intelligence Agency. He remembers that the victims could barely walk. Determined to bring as much attention as possible to what he considers is totally unacceptable, Isidore wrote an official letter to the chief of the secret services, copied to the President of the Republic, the Minister of Interior, the Minister of Justice, and a flurry of media and NGOs which voiced concern over the allegations that his clients had been tortured. He then started receiving anonymous calls and threats. A couple of days later, a group of policemen surrounded his law firm, arrested him, and threw him back to jail. Each single time he got arrested, Isidore refused to receive the help of any lawyer: he ensured his own representation. He has been released on parole.

This eventful life has shaped his personality, reinforced his natural leadership qualities, unwavering dedication to human rights and audacity and inspired him to start writing a book about his experience.

Isidore joins forces with Pasteur Nzinahora and Pierre Claver Mbonimpa – the other two notable members of the Burundi Country Advisory Council – to help Astère spearhead a movement in favor of the rights of the prisoners and lay the foundations for a functioning legal aid system in Burundi. 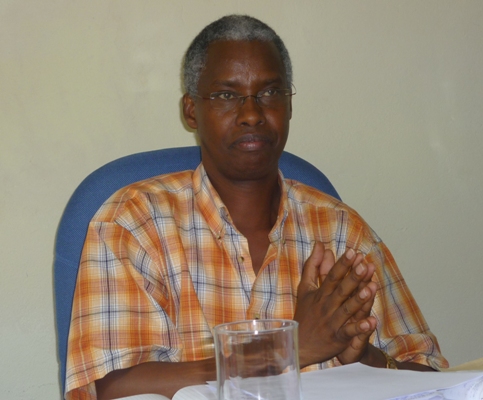 Above: Negotiating the MoU between the Burundi Bar Association and IBJ, July 2009 (Photo by Fanny Cachat) Above: Opening the 2009 summer legal defense training in Bujumbura with IBJ Founder and CEO (Photo by Fanny Cachat) 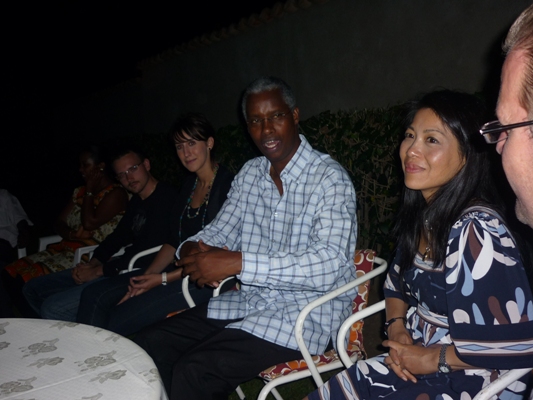 Above: Sharing a drink at the Bâtonnier’s house after the successful conclusion of the MoU, July 2009 (Photo by Sanjeewa Liyanage)