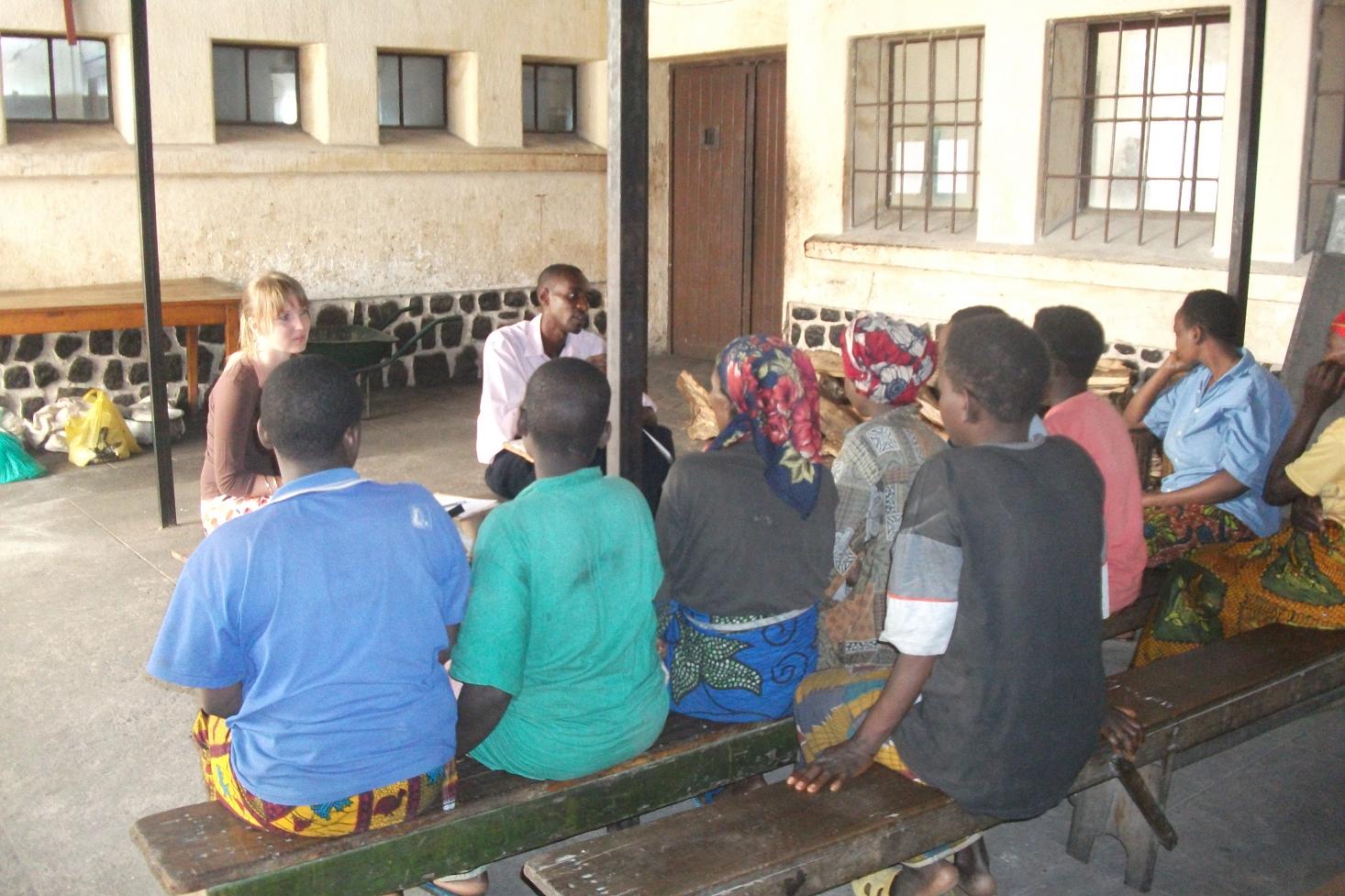 In Bubanza prison, on 29 March 2010, IBJ Intern Celesta Duivenvoorde explaining women their rights with the help of an APRODH officer for translation. Photo: Caroline Arnaud

Thus far, six campaigns have been conducted in the prisons of Bubanza, Ngozi (both the female and the male prison) and Bururi. The campaigns are primarily targeting the most vulnerable detainees, namely minors and women, with the objective of informing detainees on their legal rights, such as their right to be defended by a lawyer and for the time-limits of their pre-trial detention to be respected. The pre-trial detention rate of more than 60% of detainees in Burundian prisons is still very worrisome. The main interests of the detainees are to be provided with a lawyer and to know how the trial proceeds. To respond to the latter concern, IBJ staff has created an image explaining the process of the trial and the role of each actor in the courtroom.

Regarding their concern for legal support, both IBJ legal fellows, Herman Ndayishimiye and Janvier Ncamatwi, have committed themselves to supporting the detainees that are educated during these campaigns. Legal assistance is one of the main activities of the IBJ defender program. Consequently, Herman has already assisted for all the Bubanza minors, whose trials are currently in deliberation, and as far as Janvier is concerned, he is determined to assist all the minors that are detained in Bururi prison by the end of June 2010. 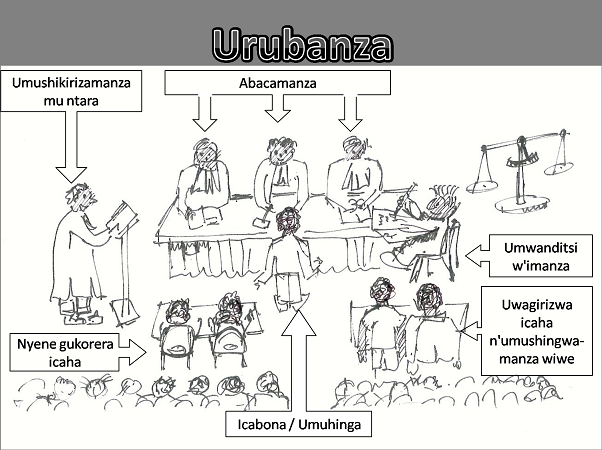 Detainees are shown a panel with this image, explaining the role of each actor during the trial.

During each campaign, the detainees gave the IBJ staff members a very warm welcome and showed a real interest in the subjects and asked many relevant questions. IBJ is deeply thankful for their contribution, because in the end, they are the ones who can bring about a real change by demanding their rights to be respected. Their eagerness to learn more about their rights is a great promise for the future improvement of the Burundian legal system. 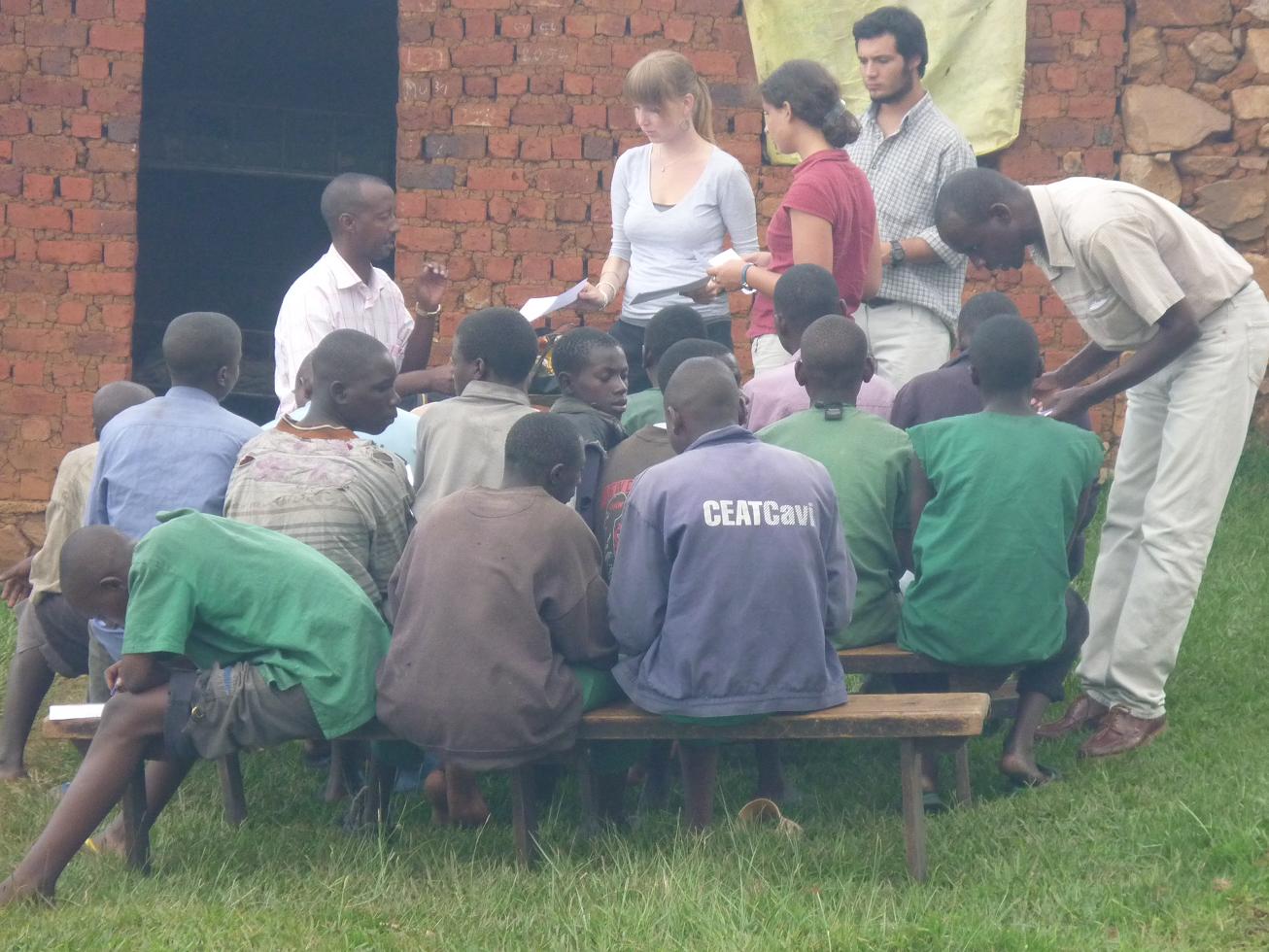 In Bururi prison, on 5 May 2010. IBJ interns Celesta Duivenvoorde and Caroline Arnaud are educating minors about their rights, while IBJ legal Fellow Janvier Ncamatwi is gaining more information on the cases of his future clients. Photo: Astère Muyango