Ten years ago, the tenants of Hacienda Villa Reyes in Quezon Province, Philippines lived a poor and destitute life. They spent their days riding buffaloes, harvesting coconuts and cultivating maize fields. Yet despite the fertile soil and their hard work, they could barely make ends meet. For every coconut harvested, they were forced to pay two coconuts in shares to Mr. Reyes, the alleged landowner. This “tercio” system, which had kept the farmers in poverty for decades, would have continued to deprive them if it was not for one piece of information that was brought to the attention of the farmers: the Comprehensive Agrarian Reform Program (CARP). 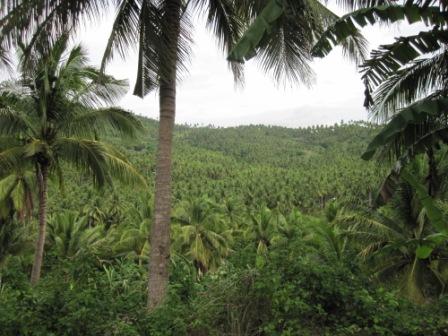 According to CARP, which was signed into law a decade before the farmers first heard about it, tenants are entitled to own up to three hectares of the agricultural land they cultivated, whether private or public.

Having lost ten years, the farmers took immediate action. Aided by a lawyer, they filed a petition against Mr. Reyes, claiming their property rights under CARP. To their great surprise, they found out that the land they cultivated did not belong to Mr. Reyes but was public property. All this time, Mr. Reyes’ claim of ownership had been illegal. The shares had been stolen from them. Deceived and angry, the farmers boycotted the tercio system. From then on, the landlord no longer received his shares in coconuts. In response, Mr. Reyes filed a petition against the farmers, accusing them of qualified theft. Arrest warrants followed, and 18 farmers were taken away. What began as a struggle for legal rights ended, ironically, in imprisonment. 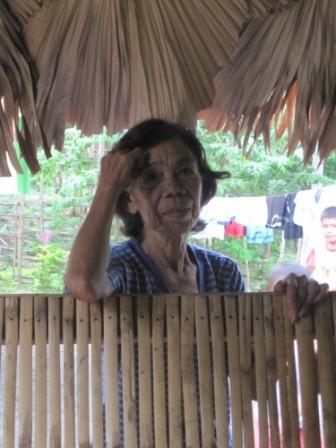 Above: A Retired Farmer of Hacienda Villa Reyes

In a judicial system in which judges are massively in favor of those with money — the landowners — farmers with cases against them are generally powerless. Although those who were imprisoned in this case all received bailouts from NGOs, as of today more than twenty arrest warrants are still pending in Hacienda Villa Reyes. As a result, many farmers are anxious and stressed. “I just really, really, really want to have my case dismissed,” one farmer told us with desperation. “The only thing I want is to have some land and live a simple life,” another farmer exclaimed. Over the last few years, three women have died with standing arrest warrants against them. 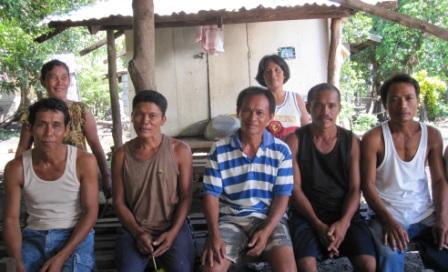 Above: Farmers with Pending Arrest Warrants

Although the struggle appears intractable at times, Congress rekindled the farmers’ hope last year when passing CARPER, a revised and renewed version of the CARP legislation. In an attempt to bypass the unjust judicial system and the criminalization strategy used by the landlords, the new CARPER legislation holds that cases involving agrarian disputes should be directly presented to the Department of Agrarian Reform (DAR) instead of being handled in court. The farmers of Hacienda Villa Reyes have submitted a motion to dismiss their case, hopeful that the judge will abide by the revised legislation and refer their case to the DAR.

It is true that there are reasons to hope. However, one cannot escape the undeniable fact: more than 20 years after Congress first gave farmers the right to own land, the tenants of Hacienda Villa Reyes are still landless and waiting.