“When I play cards with the neighbors, in which category should I put it?” asked Elsa, one of the conference participants.  Within seconds the room exploded with laughter. It was the kind of laughter that had been buried for years. Now that it had been triggered, it came out all at once.

Elsa had asked this question while participating in the WARRIOR class, a 3-day paralegal training for rural Filipino women organized by JusticeMaker Rosselynn Jae de la Cruz with support of International Bridges to Justice.  During the first session, gender activist Reggie encouraged the participants to make a list of their daily activities, estimate the time they spent on each, and label the activity as either “household chore” or “farm work”. Clearly, playing cards had not been on the organizer’s mind. And for a good reason: for most workshop participants, free time is a real rarity. 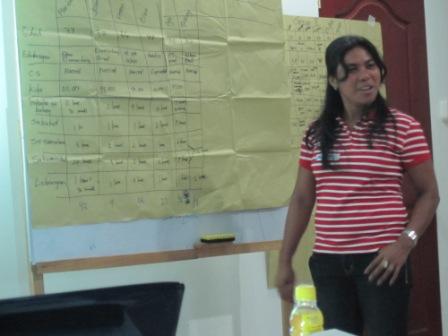 Above: Workshop participant Maribel sharing the daily schedules of the farmers with the group

As women farmers, their hands were always very full—with washing and child rearing, animal feeding and cooking, field plowing and harvesting. Yet their burden doubled a decade ago, when land disputes between farmers and landlords began to interfere with their daily activities. The farmers claimed their legal land rights under CARP, and the landlord obstructed the redistribution of the land he considered to be his.  As a result, many farmers lost access to the land they cultivated—and thus to their source of income. The men had no choice but to look elsewhere for work.  With their husbands gone, the burden of the legal struggle has fallen primarily on the shoulders of the rural women.  In addition to the previously listed activities, their daily schedules now include attending hearings at regional courts, writing affidavits, and talking to lawyers about the progress of their cases.

Since women stand in the front line of the agrarian dispute, Jae decided to make her legal workshop exclusively accessible to women. She explains: “Rural women are often disproportionately affected by the legal struggles, and they deserve to receive special attention—as women.  I want to make the women aware of their female identity, the role they play in their communities, and the rights they are entitled to. They have probably never even thought about that.” Indeed, for most women, this was the first time they took part in a women-only meeting, discussing women-specific topics. 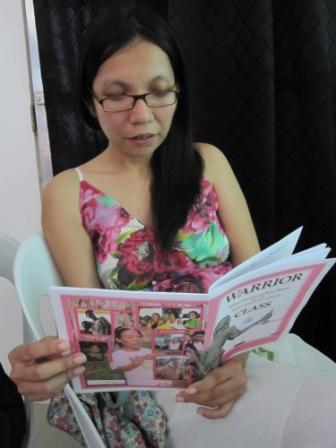 Above: JusticeMaker Jae reading from the WARRIOR class booklet she made for the participants

It had a positive effect.  The comfortable environment allowed the women to be honest and emotional.  There was time for spontaneous laughter, as with Elsa’s comment on playing cards with the neighbors, but there were sad moments too. Terry cried while recalling the assassination of her brother, a farmer leader, at the hand of the landlord’s private army. Maribel showed the scar on her arm, inflicted by goons while she was harvesting her land. Elsa had trouble holding back tears when explaining how the landlord’s private army had shot at two of her children.  Others painfully shared prison experiences, or expressed desire to get pending criminal charges dismissed. 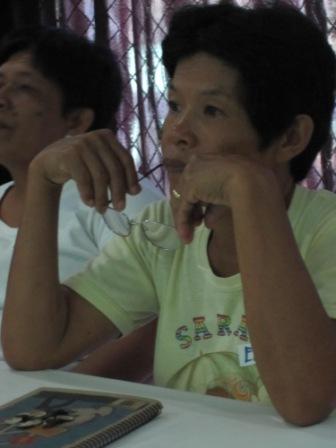 Above: Elsa attentively listening  during the workshop

For Jae, it was imperative that the women shared their stories and emotions during the workshop.  Yet she believed it to be equally important to teach them paralegal skills: “The conference would not have worked if it was just about gender. There is a concrete reality out there which is essential for us to address. Only then can we begin to truly improve the lives of these women.” In line with this idea, the second day of the WARRIOR class was entirely devoted to teach the women about CARP, and show them how to write effective affidavits. Although most women were relatively well informed on these issues prior to the workshop, the paralegal training allowed them to gain a more comprehensive understanding of the law, and thus to be more effective when advising their communities on legal matters. The women were pleased about the practical skills they acquired. When I asked Elsa after the workshop what she was most satisfied about, she exclaimed: “I learned about my rights, and I am willing to help others with the skills I have been taught—specifically with writing complaints.  I am just so happy right now.” 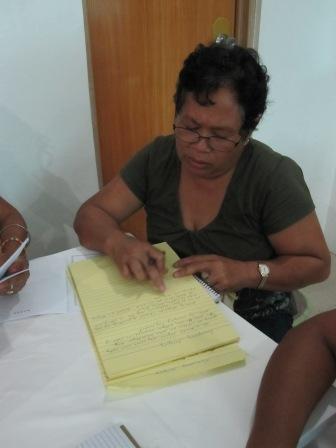 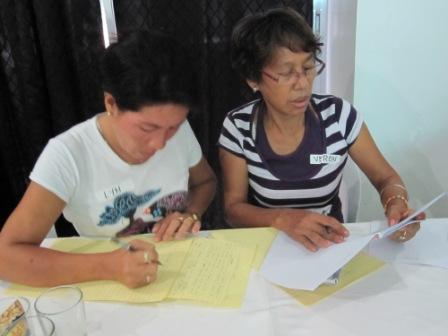 The practical training is also the most useful part of the WARRIOR class. The women farmers all come from extremely isolated communities—the Bondoc Peninsula and theIloilo islands—which severely suffer from a scarcity of legal resources. Terry from Iloilo told the group that the farmers in her community need to travel 12 hours to speak to a lawyer. Since they cannot afford the transportation fee, they are left to their own devices when facing criminal charges. Needless to say, the absence of lawyers leaves the farmers in a particularly disadvantaged position within a judicial system already predisposed to the rich and powerful. Training the women to become paralegals is Jae’s attempt to narrow this distance between legal services and rural communities entangled in agrarian disputes.

Although it is premature to tell whether the WARRIOR class will indeed have the desired effect within the communities, the workshop itself was a great success. Jae was particularly surprised at the women’s profound level of engagement and their emotional responses to the exercises. But it also made sense to her: “These women are living the issues we are explaining to them, so no wonder that they are so in to it.” Jae was so satisfied with the conference, that when I asked what she would have done differently if she was able to do it again, she was silent.

Jae does not give herself much time to celebrate her recent achievement. For her, this workshop is just the beginning. Full of ideas, she is planning to replicate the paralegal training in other parts of the Philippines where legal resources are equally scarce and agrarian disputes equally rampant. According to Jae, “it is important to make this training sustainable, instead of a one-shot affair, because only then can it have a substantial impact.” She is also planning to organize a similar training for men, who have their own issues and are in a different ways affected by the intractable land struggles.  In the end, Jae hopes that her paralegal class will serve as a model to other countries crippled by legal disputes similar to the Philippines’.

Hopefully, such future workshops will continue to trigger the uncontrolled laughter that was so promising during this first WARRIOR class. 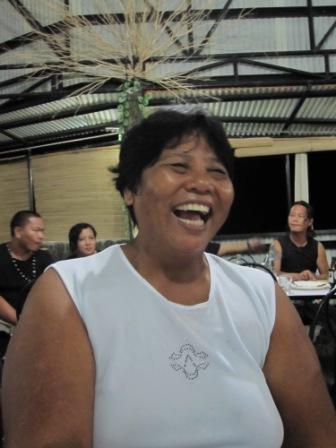