In the Bondoc peninsula, where the municipalities of San Andres and San Narciso meet, it is easy to lose oneself in the serene scenery of the rolling hills filled with coconut trees. However, the lush greenery hides the turmoil within, as a bevy of farmers find themselves in a deadly struggle against an unbending landlord and a judicial system entrenched in corruption.

On a recent visit to the Bondoc region, Renato Heliran, a farmer and leader of the movement for agrarian reform in the San Narciso municipality, along with two other farmers, Mr. Bayani and Mr. Winnifrido, explained the struggle which they and other farmers have enduref in order to claim the land issued to them by the government under the land redistribution program. 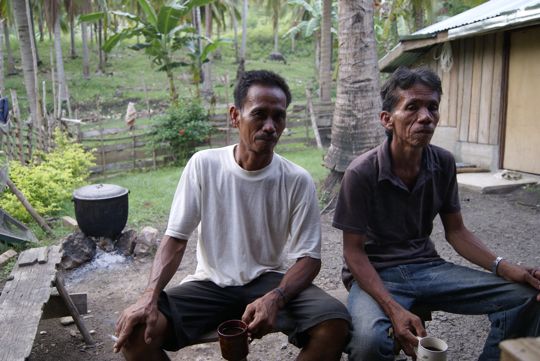 “One afternoon, I was working in the fields when they came to arrest me for stealing coconuts” explains Bayani.  Like Bayani, many other farmers were arrested for several months before they were bailed out by the Agrarian Reform coalition.

Others, like Winnifrido, haven’t been arrested but face arrest warrants. “There is still a warrant for my arrest. So, there is always a chance that the military will come to arrest me. Mostly, I am in hiding so I keep my head down while in town and I keep quiet.”  explains Winnifrido.  Unfortunately, even after the discovery that the land they are claiming is public land, the farmers still have ongoing cases and arrest warrants.

In a month’s time, the farmers have a hearing in court to seek dismissal of all charges. While the struggle for their only source of income still looms on the horizon, the farmers remain hopeful that they will, one day, be able to own the land which their families have tilled for generations. 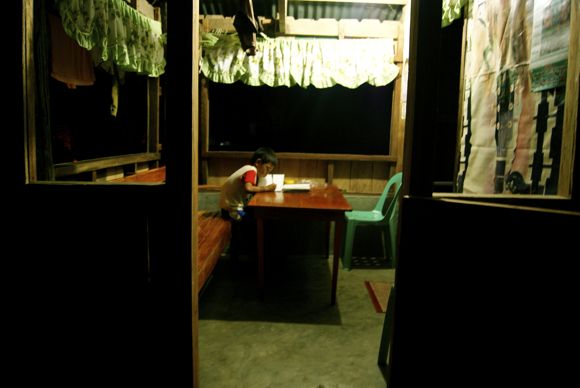 Above: Renato’s son does his homework 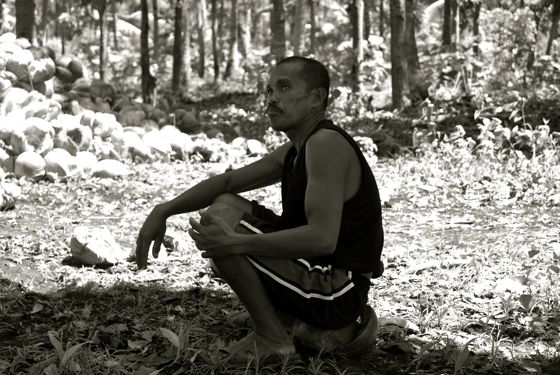 Above: Farmer from San Andreas municipality 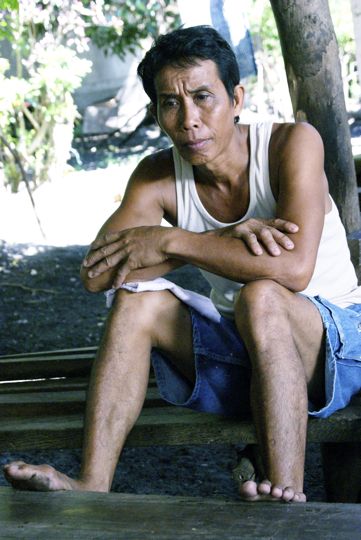