On November 22nd, the IBJ team headed to Muramvya province to engage more than 450 ordinary people – mostly farmers – in constructive discussions about their rights in case of arrest. The team was joined by our partner APRODH, law students from Bujumbura and volunteers from other local civil society organizations. They stationed in strategic public locations across the city of Muramvya, starting with the market square, and handed out IBJ “Know your Rights” posters and booklets on the criminal procedure donated by RCN Justice et Démocratie, a Belgian NGO actively engaged in the publication and dissemination of legal education materials across the country.

66 persons – including farmers, drivers, carpenters, local civil servants, and students – were intensively interviewed on their legal rights, using the fictitious story of Jean, a 19-year-old farmer apprehended by a police officer, as a basis for discussion. Unsurprisingly, only 1.5% mentioned the right to be free from torture, 3% the right to have a lawyer and 4.5% the right to be assisted by a legal aid organization.

However, at the end of the campaign, after the same citizens were educated about their legal rights and handed copies of educational materials, 95.5% mentioned the right not to be tortured, 100% indicated the right to legal representation and 98% the right to be assisted by an NGO. They listed the most well-known legal aid organizations, including our partners APRODH and Ligue Iteka. IBJ was mentioned fourth. 94% of all interviewees indicated they were now in a better position to exercise their rights when at risk.

Eager to share their newfound knowledge of these legal rights, 94% of interviewed citizens explained that they would communicate these lessons to their family, neighbors, and other community members, thereby tripling the reach of the street law campaign.

Bringing it to the next level, the local representative of APRODH pledged to prepare a list of juvenile detainees from Muramvya prison, to facilitate IBJ’s access to the most vulnerable in the province with the hope to get, sooner rather than later, their day in Court and a ticket to freedom. 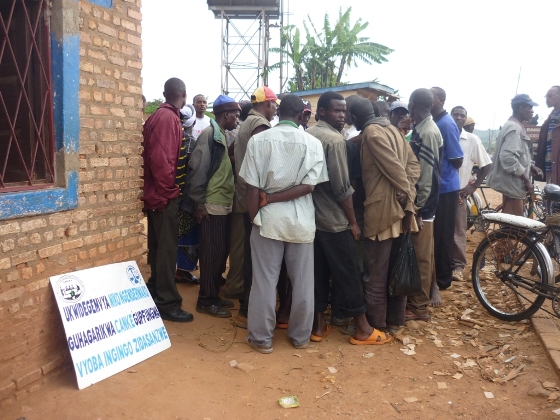 Above: IBJ banner reads in Kirundi: “Freedom is the rule, detention the exception”. (Photo by Nadège Kwizera) 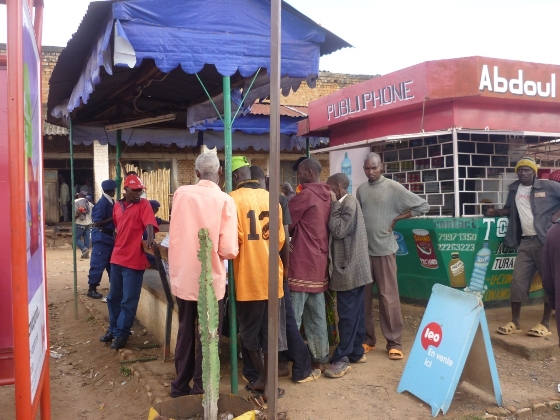 Above: The crowd gathers around a volunteer to gain information about their rights. (Photo by Nadège Kwizera) 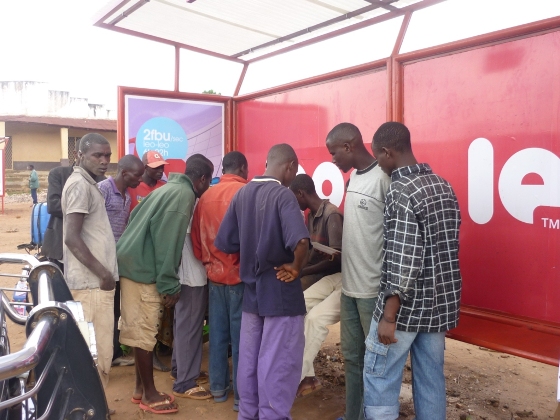 Above: Women discuss their legal rights with a volunteer at a bus station. (Photo by Nadège Kwizera)

Above: Discussions on legal rights arouse the curiosity of Muramvya farmers. (Photo by Nadège Kwizera) 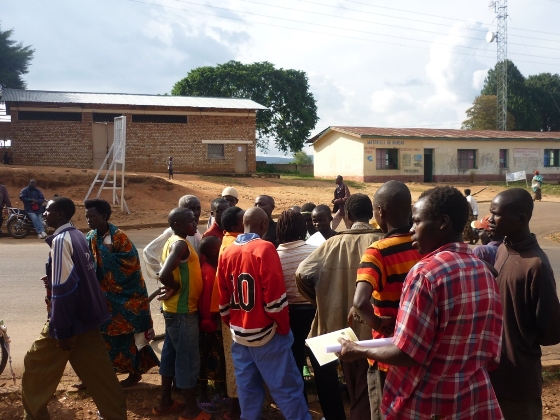 Above: Citizens walk away with IBJ “Know your Rights” posters and RCN booklets. (Photo by Nadège Kwizera)