The civil war which occurred in Burundi in 1993 left a negative impact on different aspects of the social sector, including the judiciary. Minors accused of crime have been particularly affected by this. Even though there is progress being made, these negative consequences can still be seen, especially when it comes to juveniles accused of crime.

Burundi signed and ratified the convention on child rights in 1990. But until now the situation has not yet improved in practice. The penal code of 2009 has brought about many reforms in the protection of minors, including raising the age of penal responsibility from 13 to 15. Under these new provisions, if the minor had been sentenced to life imprisonment, he must be resentenced to between five and ten years of penal servitude; if the minor incurs a time sentence or a fine, the penalties that can be imposed against him may not exceed four years.

In practice, these provisions are not yet implemented in daily practice, because in prisons we still find minors accused of crime who have been waiting for trial during several months or even years. Some prosecutors still are pushing for life imprisonment. Also, many jurisdictions have not yet set up special sessions for minors, they are still heard in public hearings as adults and there is no separation of them from adults in jail and this situation exposes them to different kinds of abuse, according to results of IBJ rights awareness campaigns to detainees conducted in different prisons. In addition, the infrastructure is not in place for education.

In the perspective of helping  to reinforce the implementation of existing criminal provisions in the area of juveniles, International Bridges to Justice organized a roundtable discussion in September. On the 23rd of September, IBJ gathered prosecutors and judges who have been nominated as “focal points” in juveniles’ cases by the ministry of justice within the courts of Bujumbura township and Bujumbura rural. Clerks and secretaries of these courts also participated in the discussion. 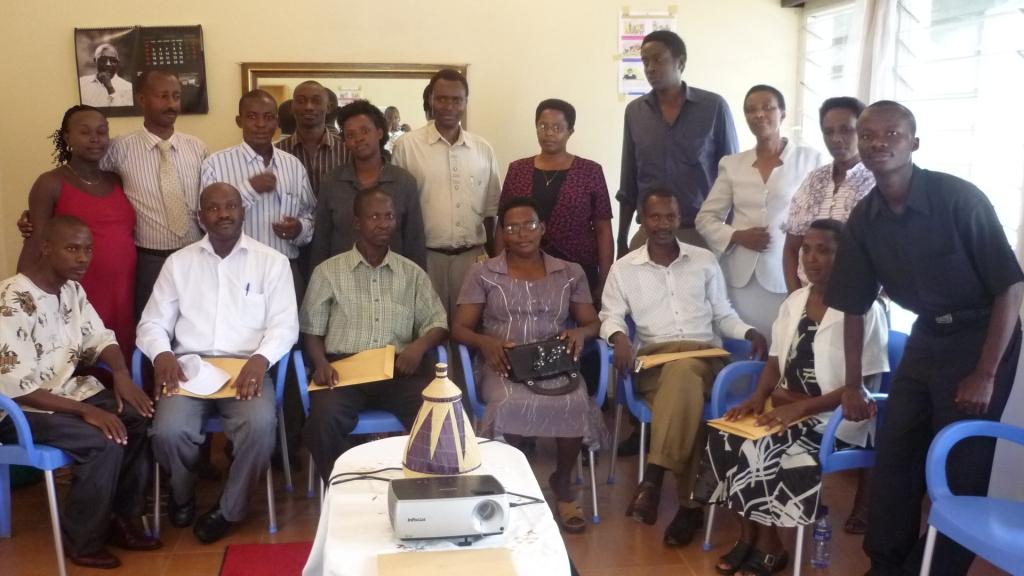 After discussing many challenges encountered by the actors who were present, many solutions were adopted in favour of those of the accused who deserve special protection. Representatives of these courts committed to set up special sessions for minors, and to schedule many cases to be heard at the same dates and in private hearings. All this will be in coordination with IBJ which will provide the accused with qualified legal representation. Law clerks and secretaries committed to facilitating the paperwork of minors’ cases and communicating with IBJ when such cases are scheduled to be heard.

After these important measures were agreed upon, another crucial gathering was held on September 28. This was with lawyers who participated in the July training in order to follow up on the training. After reviewing modules of the previous training and discussing challenges encountered in meantime, lawyers committed to assist in cases provided by IBJ on a pro bono basis. 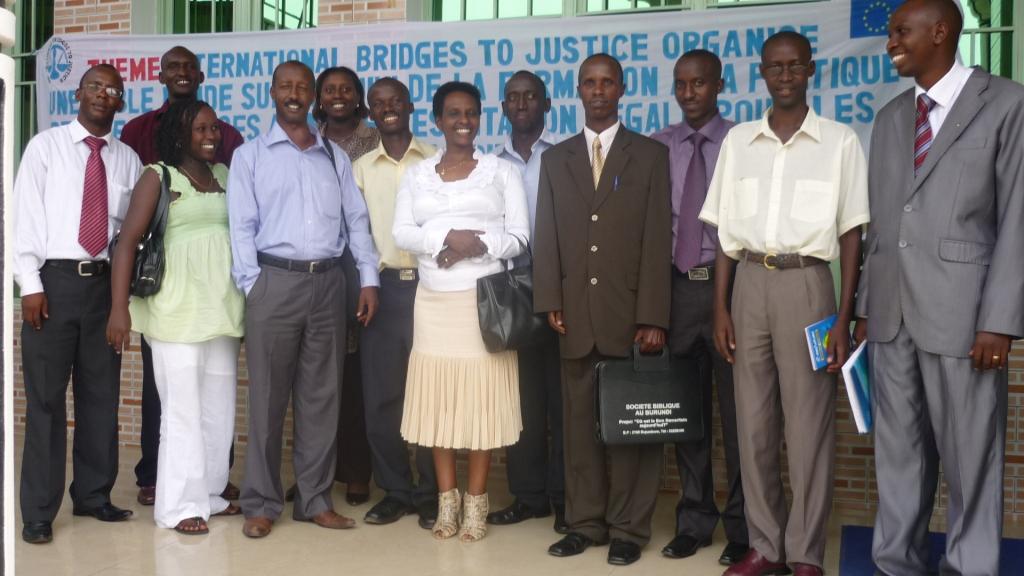 Group of lawyers after the roundtable

Each of these actions identify the gaps between the criminal laws of Burundi and their implementation, and show how these gaps can be bridged when key actors collaborate on constructive solutions. It is in this way that IBJ builds bridges between the law as it has been written and its just implementation in practice. 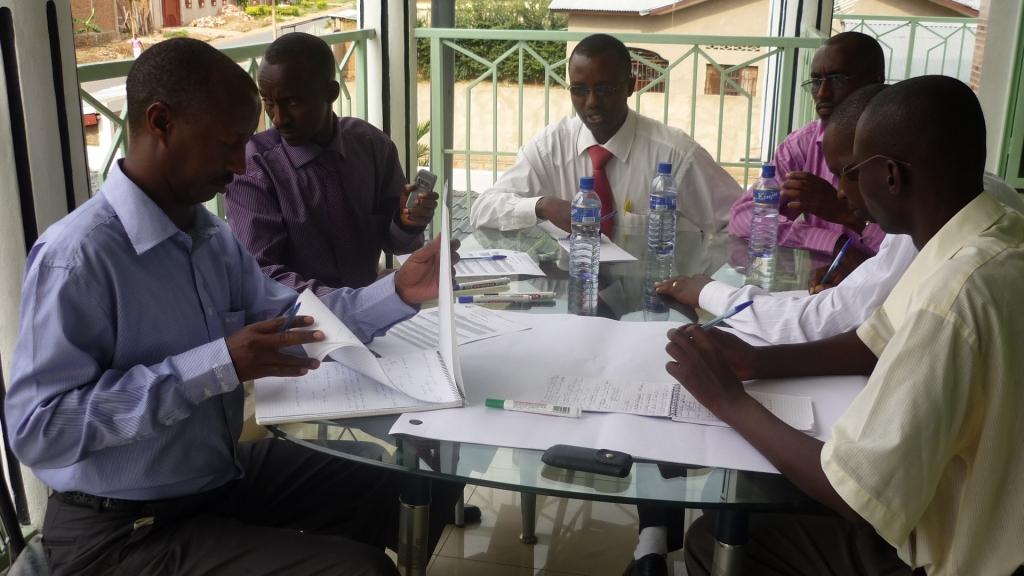