A day-long workshop with a focus on Rights of the Accused and Effective Representation was organized in Alwar, Rajasthan by International Bridges to Justice (IBJ) in partnership with Commonwealth Human Rights Initiative (CHRI), on September 10’2011. The purpose of the event was to make lawyers aware of the various provisions of Code of Criminal Procedure, which deal with bail, remand, first appearance, and are present for the benefit of the accused. A total of 38 lawyers were present, and the opening note of the event was delivered by Mr. Ajay Verma, who introduced the team and further, outlined the objectives of IBJ. A memory game was started by dividing the group in three different teams, and this was intended to be an ice breaker and to energize the group. 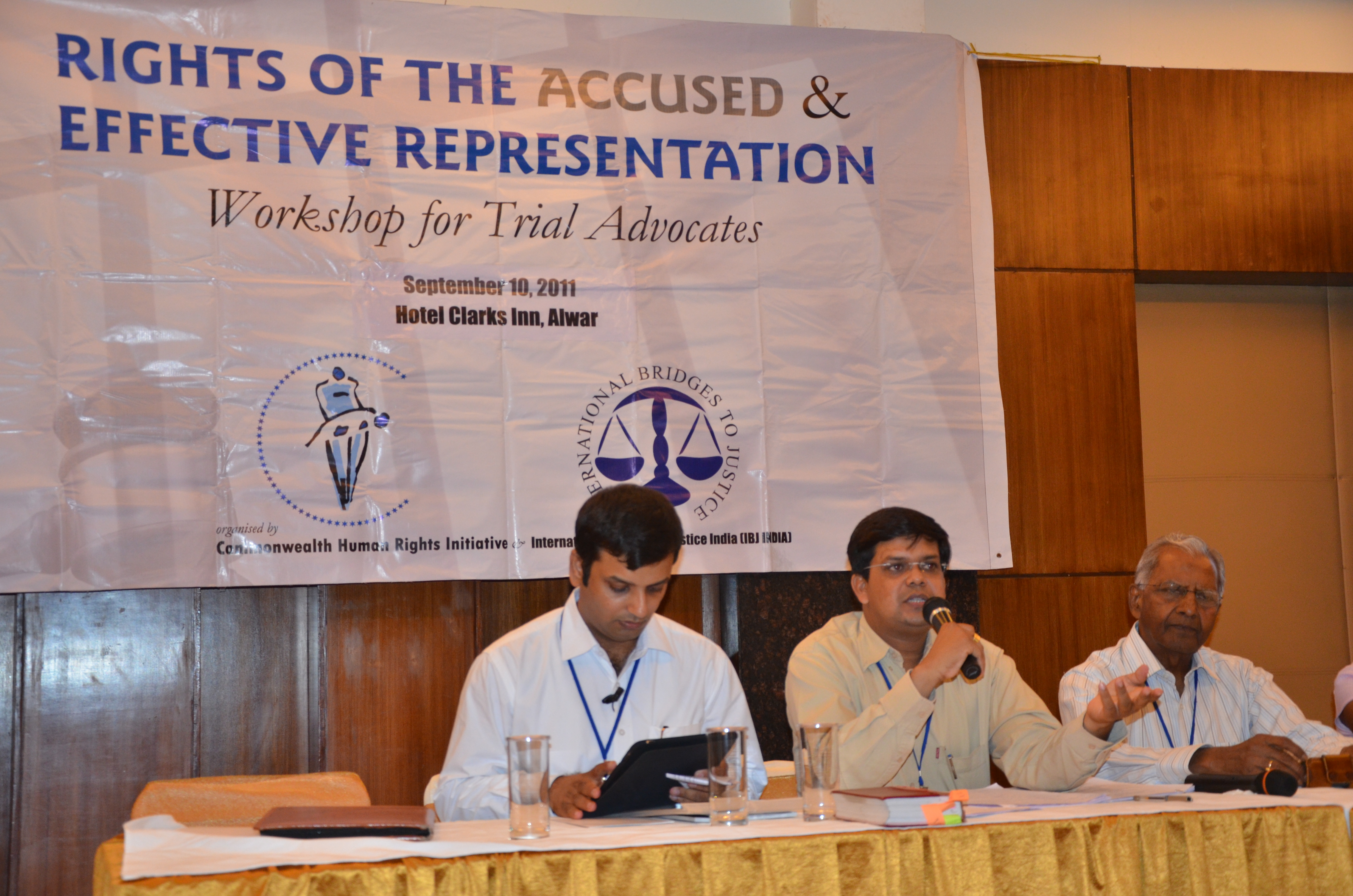 The formal sessions started with Mr. R. K. Saxena, Former Inspector General, Rajasthan Prisons and Honorary Consultant with CHRI, who dealt with Administrative Reasons for Non-Appearance before the Courts. Various examples were cited wherein the police officials fail to bring the accused out of judicial custody for a hearing and then ask for remand or they give an excuse of non-availability of escorts. All these instances are clear violation of the concept of Fair Trial, as the same requires the accused to be aware of every aspect of his/her case. Further, he also explained the reasons as per law, which affords the liberty of absence of accused from the court. These reasons are illness of the accused which has to be accompanied with a medical certificate, if the release time is shorter than time taken to travel from jail to court, and lastly if a special permission has been obtained by the government. There was a specific mention of right to protected conversation, which is basically a right provided to the lawyer to meet the prisoner alone.

Second session of the day was led by Mr. Ajay Verma, and he spoke about the concept, ‘Liberty is Paramount’. Here, Mr. Verma not only spoke about the importance of communication between the accused and the lawyer, but also questioned the need for custodial interrogation when the accused and the lawyer are co-operative in every step of the way. This session was followed by another one, which dealt with Remand and First Appearance, and was jointly headed by Mr. Anshuman Saxena, Advocate in Rajasthan High Court and Mr. Ajay Verma. Initially the focus was on provisions under Code of Criminal Procedure and Article 22 of the Constitution, subsequently, few cases dealing with these aspects were discussed. Mr. Saxena, made the session interesting and interactive by throwing out offences to the participants and asking them the period of detention that is permissible by law. Mr. Verma spoke about Hussainaira Khatoon v. State of Bihar, and the principles that have been expounded by the Supreme Court. 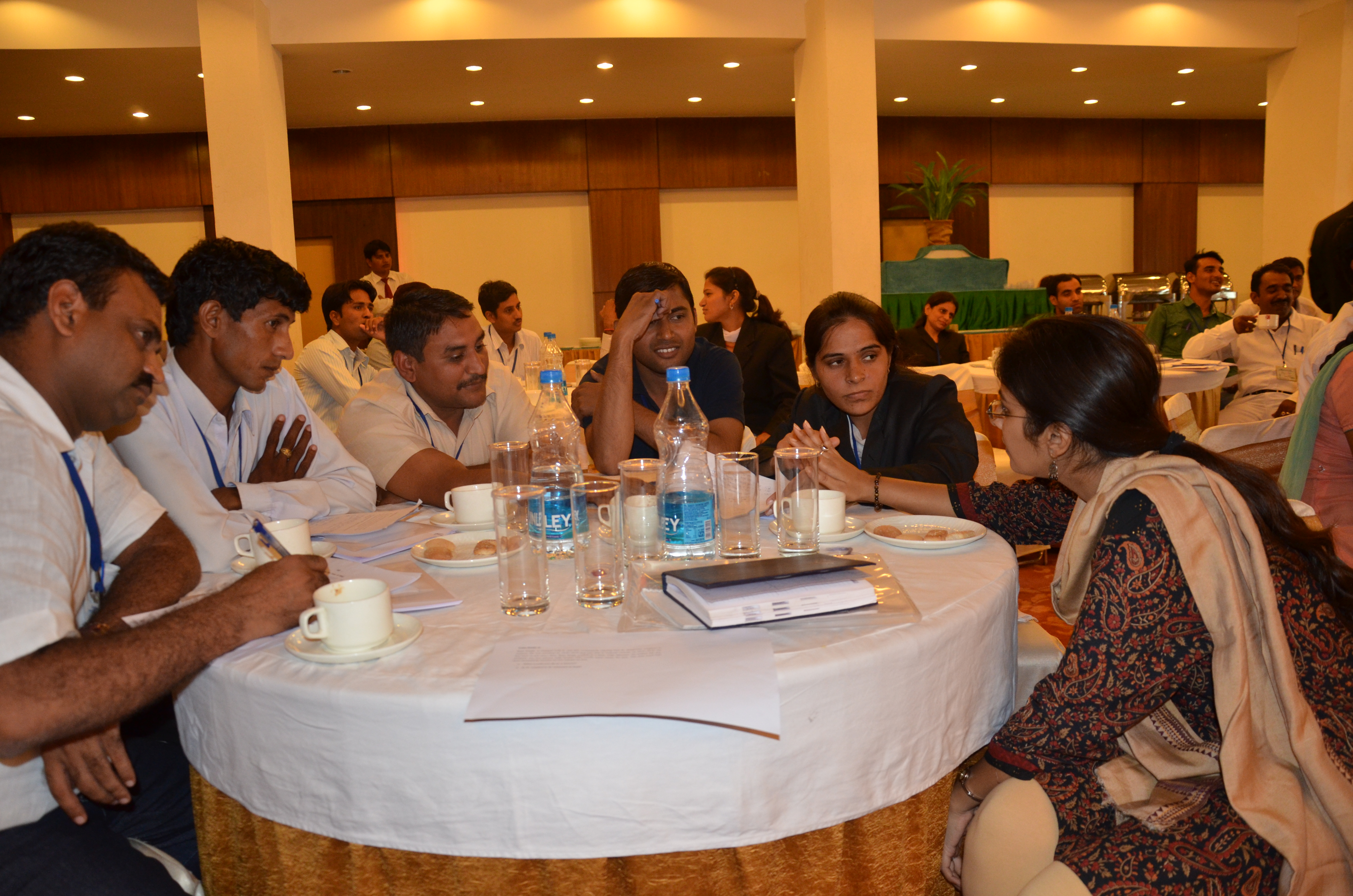 The day came to an end with a session on Bail not Jail, a concept explained in Moti Ram v. State of  Madhya Pradesh, by Ms. Sugandha, Project Officer with CHRI. This session was largely interactive in nature, as the focus was on role playing. Here, few case studies were distributed and young lawyers were given an opportunity to argue the case on bail provisions in front of the judges, Mr. Anshuman Saxena and Mr. Verma. This session was concluded with round of questions, and the participants were requested to provide their feedback. The workshop was an effort to provide lawyers with all the knowledge and techniques, so they are able to provide effective representation to the accused, and to sensitize them towards the problems that are faced by the accused on a regular basis.