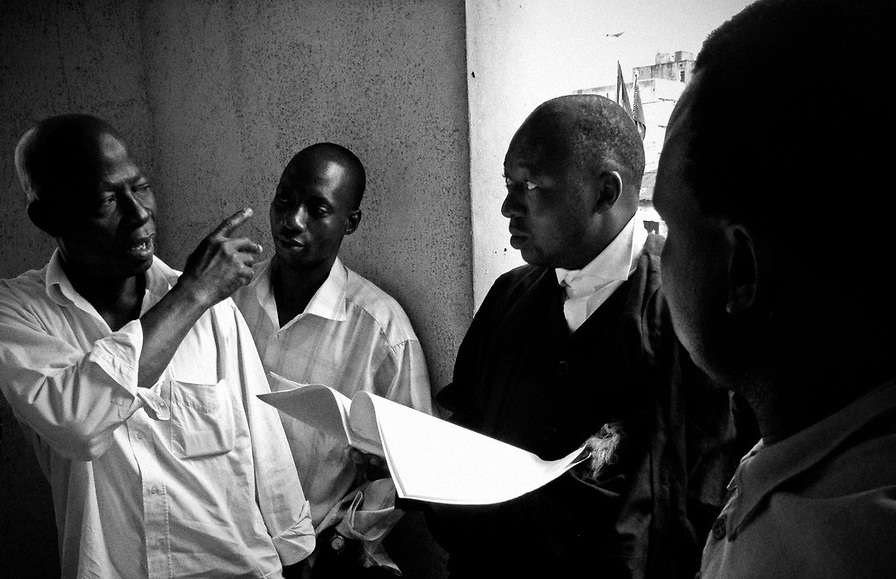 Patrick Dunkwu’s project for the JusticeMakers 2008 Competition sought to ensure early legal counsel for indigent criminal defendants in Nigeria as well as to prevent the suspect from being unnecessarily detained by the police, taken to court secretly, or taken to prison on remand custody by the court.

“One of the most impressive case stories is that of the motor vehicle mechanics who were arrested and detained by the police when a Toyota Camry Car went missing in a garage where they work. Apart from ensuring their release from police custody, I also filed an application for the enforcement of their fundamental human rights to personal liberty, which was granted by the court. Following this intervention, these mechanics became free from police harassment.”

Even after four years, Patrick is still working on this project. Due to the local community’s  positive support and the commitment of the volunteers collaborating with the project, he has set up the “JusticeMakers Initiative” in Lagos, a local network of legal volunteers continuing to implement the project by offering legal support to indigent criminal defendants and to improve the regime of the legal protection of human rights in Nigeria. Moreover, this network has received official legal recognition as a non-governmental, nonprofit human rights advocacy organization.

“My JusticeMakers Project gave me a great opportunity to realize my dream of putting in place a sustainable platform to fight for the rights of indigent criminal defendants, as well as an opportunity to build a sustainable partnership with state and non-state stakeholders in my work as a human rights defender.”

As a result of Patrick’s work in Nigeria, many accused people are now more aware of their rights and the strategies they can adopt for their enforcement.  Additionally,the police are beginning to grant lawyers access to pre-trial detainees. The project created a new kind of collaboration between the JusticeMakers team and the police, as well as the prison officials. This new collaboration assisted in reducing the hostility of the police against his legal team and enabled them easy access to detainees for legal assistance.