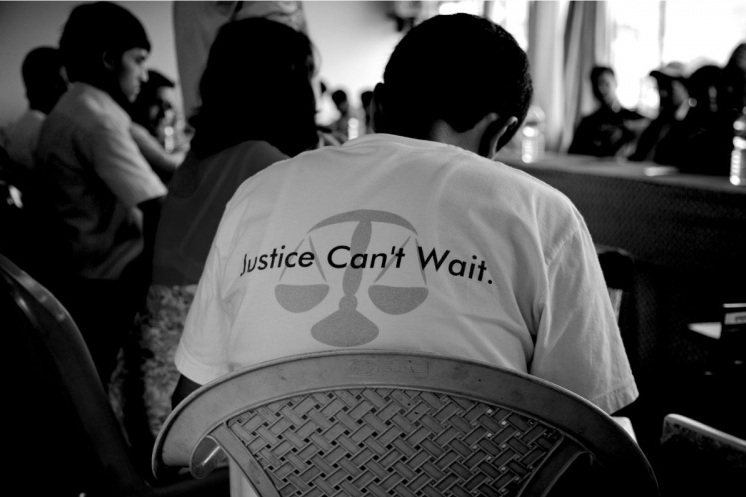 The issue of disappearance during the Nepali armed conflict in 2001 has been all but completely marginalized by the Government. Despite the interim constitution of 2007 providing for both a Truth and Reconciliation Commission and a Committee for the Investigation of Disappearances, neither of these groups have come to fruition. Moreover, the government has on several occasions attempted to create provisions for amnesty that would protect those that perpetrated crimes during the conflict.

Currently, the Constituent Assembly, charged with drafting Nepal’s new constitution, was disbanded in May. The main political parties continue to bicker over whether to move forward with new elections or to reinstate the old CA. This political deadlock prevents anything of substance happening on the issue of enforced disappearance.

Ram Bhandari has been fully devoted to the campaign of bringing justice to the families of the disappeared in Nepal since 2007. In 2008, he became one of our JusticeMakers Fellows. His project sought to identify the root causes of these social challenges within the Nepali criminal justice system by addressing the drivers of criminal activities in local communities.

Ram knows first-hand the loss of a loved one. His father was among the hundreds of people who disappeared in 2001, when he was still a university student in Kathmandu. Some family members, desperate for answer, retaliated violently against the newly installed Maoist government, but he opted to find answers through peaceful means.

Today, Ram acts as head of NEFAD – the National Network of Families of Disappeared and Missing Nepal—a network of district based associations of families of the missing and disappeared in Nepal that aims to provide support, advocacy and relief for these people. NEFAD holds regular meetings in several districts across Nepal, and acts as a prime organizer of the yearly International Day of the Disappeared events in Kathmandu. It is rooted in the families themselves, who are regularly consulted on what the network does and receive regular feedback on its work.“One of NEFAD’s goals is to increase the awareness of Families agendas for peace and transition and to provide a space where family members can actively speak out against the human rights violations that they have suffered”, says Erik Wilson, a journalist that worked with Ram during the implementation of his JusticeMakers Project.

Erik was an IBJ’s photojournalism intern in Nepal during the summer and fall of 2009. During this period, he worked and traveled with Ram, supported Ram’s project. They still remain close today and Erik wrote his masters dissertation on this subject as well as a series of newspaper articles. “The JusticeMakers project has been perhaps one of my most formative experiences. Working with Ram in 2009 opened my eyes not only to the difficulties that people face on a daily basis but also to the passion with which some people pursue noble causes”

As recognized by Erik Wilson, the implementation of the project was hard. This is especially true in light of the institutional problems, such as the political deadlock, the lack of time, and the lack of financial resources for the affected families to travel and join events. These issues were expounded by the general fatigue accompanying more than 5 years of fighting for this cause and seeing minimal progress at the national level.

Nevertheless, NEFAD and Ram have achieved miraculous progress and the community is stronger and more united now than ever before.  Unfortunately, this cause has not been captured and translated to the national agenda.

“Ram and NEFAD have a great deal of support among local people. He and the organization are seen as a legitimate and authentic voice, both because Ram’s father disappeared and because he is not beholden to donor money/agendas/politics as are so many organizations that operate in Nepal. I remember one time specifically when we attended some meetings in Nawalparasi district where victims from the surrounding districts attended in order to discuss the issue of disappearance and the efforts that were being made to learn the whereabouts of their loved ones. They were captivated by what he was saying.”, claims Erik.

Recently, Ram has opened up “Invisible no more”, a fundraising platform for the families of disappeared. Read more here and support his cause!

*All the pictures are contributed by Erik Wilson. Learn more about his photowork in Nepal here
7 November, 2012 at 10:50 am International Bridges to Justice disappearance, JusticeMakers 2008, Nepal, Ram Bhandari 2008 JusticeMakers, JusticeMakers Share via: