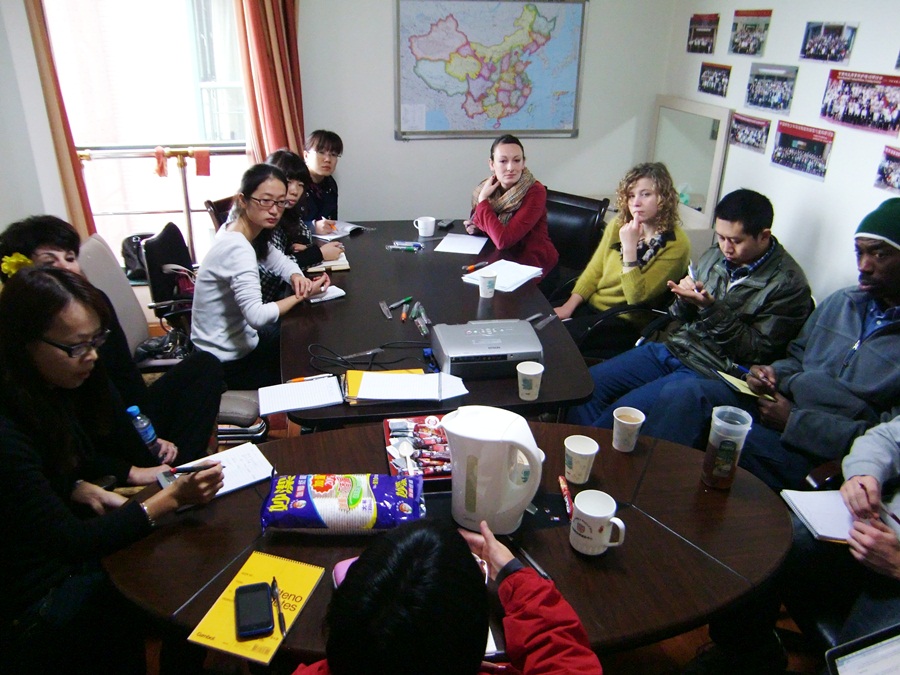 A Legacy of Support for the Rule of Law in China

In the spring of 1999, when the US-China Legal Cooperation Fund issued its first call for grant proposals, there were only a handful of American organizations funding projects to promote the rule of law in China. But there were dozens of American and Chinese law schools, research institutes, and nongovernmental organizations (NGOs) with innovative ideas about how to reform China’s legal institutions and processes. The proposals they submitted in that initial round—and in the 25 rounds that followed—demonstrated the diversity of ideas available to advance the rule of law in China.

At their 1997 and 1998 summit meetings, Presidents Bill Clinton and Jiang Zemin announced a commitment to enhance bilateral cooperation in the field of law. More than 30 American corporations and firms—all members of the US-China Business Council—responded quickly to that call for action, and their contributions laid the foundation for the US-China Legal Cooperation Fund in late 1998. The new fund sought to seed the bilateral cooperation the two presidents described, through projects jointly conducted by American and Chinese partners. In subsequent years, more than 40 companies and firms demonstrated their support for the rule of law in China through contributions to the fund.

Expanding economic ties between the two countries—especially after China joined the World Trade Organization (WTO) in 2001—catalyzed growing interest in the legal framework for trade and investment. With support from the fund, American and Chinese partners have educated legal professionals and law students on intellectual property rights, securities law, commercial dispute resolution, WTO rules, government procurement law, and other topics. Yet the fund’s scope also has reached beyond the business sector, and grants have enabled American and Chinese partners to address criminal law, labor rights, environmental protection, and civil society development, as well as expand access to legal aid services.

Even small grants play a role in promoting the rule of law. That is another lesson gleaned from the fund’s 13-year history of grantmaking. For instance, Chinese citizens often are unaware of the legal protections available to people living with HIV/AIDS, or what options are available when victims encounter discrimination. Asia Catalyst, an American NGO, and the Beijing-based Korekata AIDS Law Center used initial support from the fund to staff a hotline that provided people with information on these rights. Later, they developed a curriculum to train advocates for people living with HIV/AIDS. Their hands-on training manuals instruct users on how to recognize when legally protected rights are violated, gather data to document discrimination, and conduct educational and advocacy campaigns. The manuals form a centerpiece for Asia Catalyst and the Korekata AIDS Law Center’s train-the-trainer and NGO coaching workshops, and are available in print or electronic format for others to use in their advocacy efforts.

New opportunities for collaboration have grown substantially. Today, some of the fund’s earliest grantees are able to undertake larger-scale efforts. International Bridges for Justice (IBJ), for example, first began collaborating with Chinese legal aid centers in 2001, with support from the fund. A decade later, IBJ estimates that its partnerships have trained more than 11,000 legal professionals and advised more than 59,000 individuals on their rights. More funders have brought additional, often substantial, resources to the rule-of-law field; the US government, for example, allocated $6.2 million for rule-of-law and good governance projects in China in 2010.

As a result, the fund’s small-scale, seed money approach is less necessary in the current program environment supporting the development of the rule of law in China. The fund’s trustees have decided to wind down the fund’s operations. As the US-China Legal Cooperation Fund brings its own work to a close—after awarding a total of $1.7 million for 125 projects—its sponsors can find satisfaction knowing that the early seeds of support they planted will continue to bear fruit for years to come.