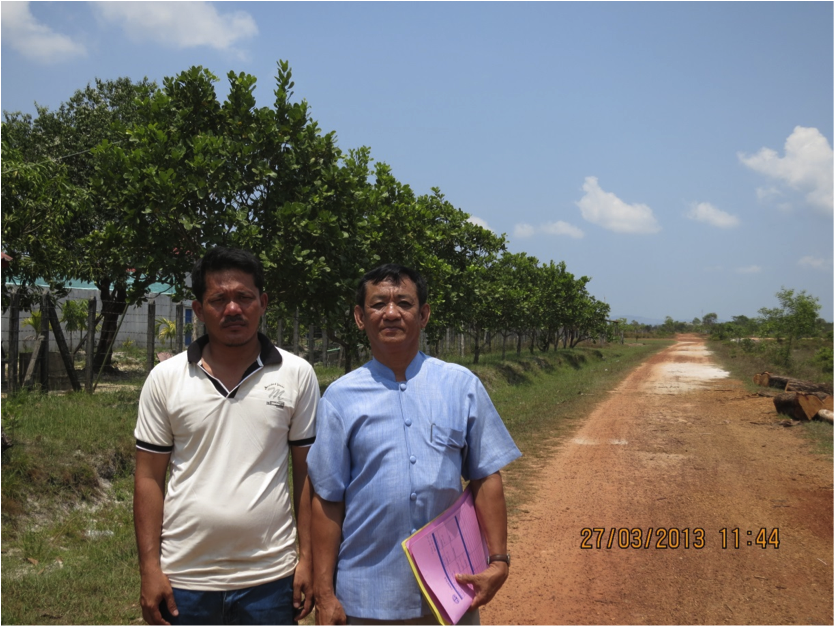 After more than four and a half years spent in prison as an innocent man, Sopheak*—a husband and father—finally attained freedom from Koh Kong prison on 27 March 2013 with the help of IBJ.

Sopheak’s case is the sad story of an innocent man forgotten by the justice system. Back in September 2008, he was arrested and detained for robbery with three of his friends because one of them accused him. He always denied it, and the two other accused claimed that he did not commit the theft. In the trial, which took place in July 2009, the Court of First Instance acquitted him. Nevertheless, the prosecutor appealed, meaning that he could not be released (under Cambodian law, when the prosecutor appeals, the prisoner has to stay in prison until his final judgment).

On 13 January 2012, the Court of Appeal tried the case and confirmed the first court’s decision—Sopheak was acquitted for a second time. The General Prosecutor in the Court of Appeal did not appeal, so the final judgment was issued and sent to Koh Kong Court.

According to the procedure, once the prosecutor receives the final judgment, he must implement it and issue a release order if the prisoner has been acquitted or has done his sentence. But the prosecutor had still not performed this task as of February 2013, when IBJ Fellow and Country Manager Ouk Vandeth came to Koh Kong prison for the first time. For more than a year, Sopheak was languishing in jail “waiting for his judgment on appeal.”

Sopheak agreed to be represented by Vandeth, who investigated his case in the Court of Appeal and found out that his final judgment had already been issued more than a year ago. After copying the verdict, Vandeth went back to Koh Kong to show the document to the prosecutor, who checked in his files and realized that he received it. He felt responsible and quite sorry for his mistake, and after verifying that the General Prosecutor did not appeal to the Supreme Court, issued a release order to the prison.

Before his arrest, Sopheak was a waiter with a wife who was pregnant with a girl. Sadly, after several months in prison, his wife stopped her visits—he does not know where she is now. Life in prison was not easy, but even if he was upset about dwelling in prison for a long time as an innocent man, Sopheak tried to work for the community and follow the rules in order to have the best living conditions possible. Nevertheless, he is now afraid to build close relationships with others, as his friend betrayed him.

The announcement of his release brought forth a lot of emotion in his eyes. He was very happy and impressed by the efficiency of IBJ, which helped him in such a short time. Now he knows where to find legal help, and will spread the word about IBJ. Without IBJ’s intervention, he probably would have stayed longer with no one to inform him of the acquittal on appeal.

His mother came to bring him home, and Sopheak’s first objective as a free man is to find his wife and daughter.

*Client’s name has been changed

This Appeal Case was supported by UNOHCHR.