IBJ promotes bridges to justice. But who is justice for? And what does justice mean?

Is it for the victim, to see a guilty person punished? Is justice for the accused, to ensure his legal rights are respected? Is justice for society, to prevent the impacts of a crime, or the allegation of one, from destroying people’s lives? Ask ten people the meaning of “justice” and you’ll likely get ten different responses.

Ask a defense lawyer in China, and the response will really make you think. 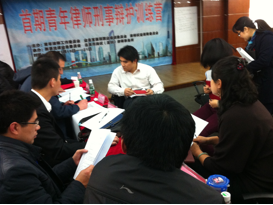 Heng*, a Chinese defense attorney working with IBJ, defines justice as “the unity of law and social effects.” He describes his ideal as a functioning legal system, one in which attorneys play an active role in protecting the accused from a tortured confession, in ensuring the trial is based on evidence, in achieving reconciliation between parties, and in illuminating the impact an unjust sentence would have, not only on the defendant, but on the victim and the whole of society.

Heng recently represented a client charged with intentionally injuring a victim who ultimately died. The client pled guilty. The prosecutor recommended up to ten years in jail. Case closed? Not for Heng. He wouldn’t be satisfied until the process of justice had been carried out. So he dug a little deeper, and soon a story emerged—a story in which 10 years of jail time wasn’t justice for anybody.

The client’s brother had passed away, leaving behind a widow and two young children. One day, the client and widow quarreled over the proper way to raise these children. The widow was seriously injured. But the evidence showed this was an accident, not an intentional injury. Days later, lacking proper medical attention, she realized she might not live. Horrified by what had happened, the client tried to take his own life. But the widow asked to see the client. She told him she understood it was an accident. She forgave him. She wanted him to promise he would raise her children as his own, along with his two young children. He agreed. The widow’s surviving family would testify in court that they opposed a ten year sentence as it would prevent her wishes from being carried out. 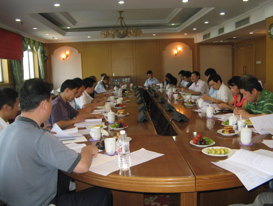 Participants at an IBJ Roundtable Event in Beijing, China, Aug. 28, 2010. IBJ supports defense lawyers in China by organizing roundtables where legal professionals can come together to discuss effective strategies and best practices.

With skills learned at IBJ training events, Heng set out to communicate these facts to the prosecutor and the judge, to advocate for his client, and to ask the tough questions. Is it justice that his client’s negligence be treated as an intentional crime? Is it justice to thwart the will of the victim, and the victim’s family, by ensuring the caregiver of her orphaned children spends their entire childhood behind bars? Is it justice that a good person who, due to his own remorse, can’t even bring himself to defend himself, is sentenced to a harsher punishment as a result?

Moved by the evidence in the case, and the human story behind it, the judge decided that justice was a much-reduced sentence of three years prison and four years probation.

To Heng, it isn’t only a “not guilty” verdict, but rather cases like this one that mean he has succeeded as a defense attorney.

“If the defendant had been taken to prison [for 10 years,] this would seriously affect the four children’s welfare and development, and increase the hatred between two families,” Heng said. “The defendant truly regrets the crime he committed. By receiving a lesser sentence, he can atone for this guilt by raising the victim’s children with all his heart. This judgment saves two families.” 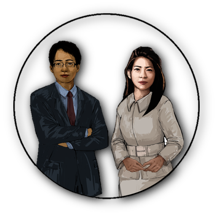 IBJ supports Chinese defense lawyers like Heng through eLearning, a website providing access to free legal skills training modules, and through practical manuals available online, such as the defender toolkit.

So who is justice really for? As Heng points out, maybe it’s for all of us. And if it isn’t, maybe it’s not truly “justice” at all.

*The names in this story have been altered to respect the privacy of the individuals involved.

For more information on defense resources, see the Defender Toolkit (China). Also read more about IBJ’s China Program to see how they help crack the code to end investigative torture.