Awareness of legal rights in China, especially in the context of criminal justice, is largely uncharted. Thus any progress, no matter how seemingly insignificant, is valuable if only to discover one’s pitfalls. As the famous Chinese proverb goes, a journey of a thousand miles begins with one step. My colleagues and I, under the banner of IBJ, took one such step this summer at a colorful school in rural, northern Beijing.

Like all memorable journeys, this one was winding, at times difficult. This school’s children have the most special of needs: each child has at least one incarcerated parent, some for very serious offenses. It is because of this that the topic of a criminal suspect’s rights (especially to have an Appropriate Adult and defense lawyer present during questioning at a police station) is of the utmost importance—but also delicacy. Throughout our Rights Awareness campaign, we hoped to walk that thin line.

I believe we struck such a fine balance in, among other things, an interactive video. We translated otherwise complex, serious legal issues into simpler takeaways, and, best of all, in a medium well loved by kids. Legal research, scriptwriting, translating, haggling for props, directing, filming, editing—hours upon hours of work all came together for eight minutes of not quite Hollywood-level, but still wholly enjoyable video. 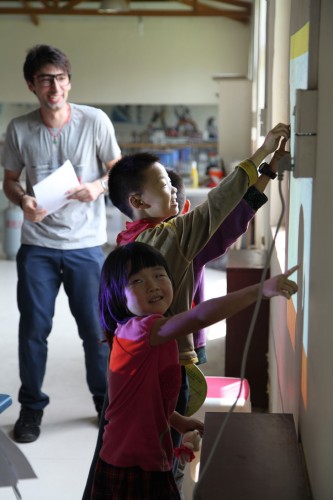 As for our other material, however, we learned on the eve of our presentation that, after three weeks of work, we would have to scrap most of it. Rather than waste time asking why, we—as a team—came to terms with this heavy blow, pulled ourselves together, and resumed our work late into the night; in other words, we adapted.

And we readapted the next day. Our large classroom had rows upon rows of chairs—along with a piano, foosball, and ballet equipment! But instead of the expected forty to sixty students aged seven to fourteen, only ten seven-year-olds filled the seats. Instead of a projector screen, we used a makeshift screen—a crayoned, off-white wall. And instead of an hour to teach, we had half of that. So, armed with nothing more than a video, a few prizes, and our wits, we played our hand the best we could with the cards we were dealt.

Ours is not an uncommon story. NGOs should be ready to reevaluate their plans and expectations—to adapt—at a moment’s notice, just as an experienced teacher responds to student difficulty or disinterest. I learned this lesson well as an English teacher in both China and Japan. As Bruce Lee said, “be formless, shapeless, like water. You put water into a cup, it becomes the cup; you put water into a bottle, it becomes the bottle.”

At the end of the day, it is hard to know whether the kids will remember our lesson, or even our names. If they are ever, God forbid, in need of the information we presented, it is impossible to predict whether they will use it. It may exist as a slight glimmer in the back of their minds, or it may not. But what I do know for certain is that for thirty minutes they listened, laughed, interacted, and all this eagerly. For thirty minutes they were introduced to an organization and its people who wanted nothing more than to teach and care for them. Even a small girl in a bright red dress, silent throughout the lesson, was sad upon our goodbyes, wondering aloud when we would return.

For a journey that lasts one thousand miles, I can say that, thanks to IBJ and its wonderful staff, this first step was a successful one. 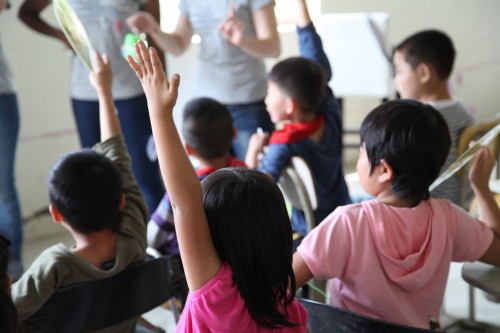