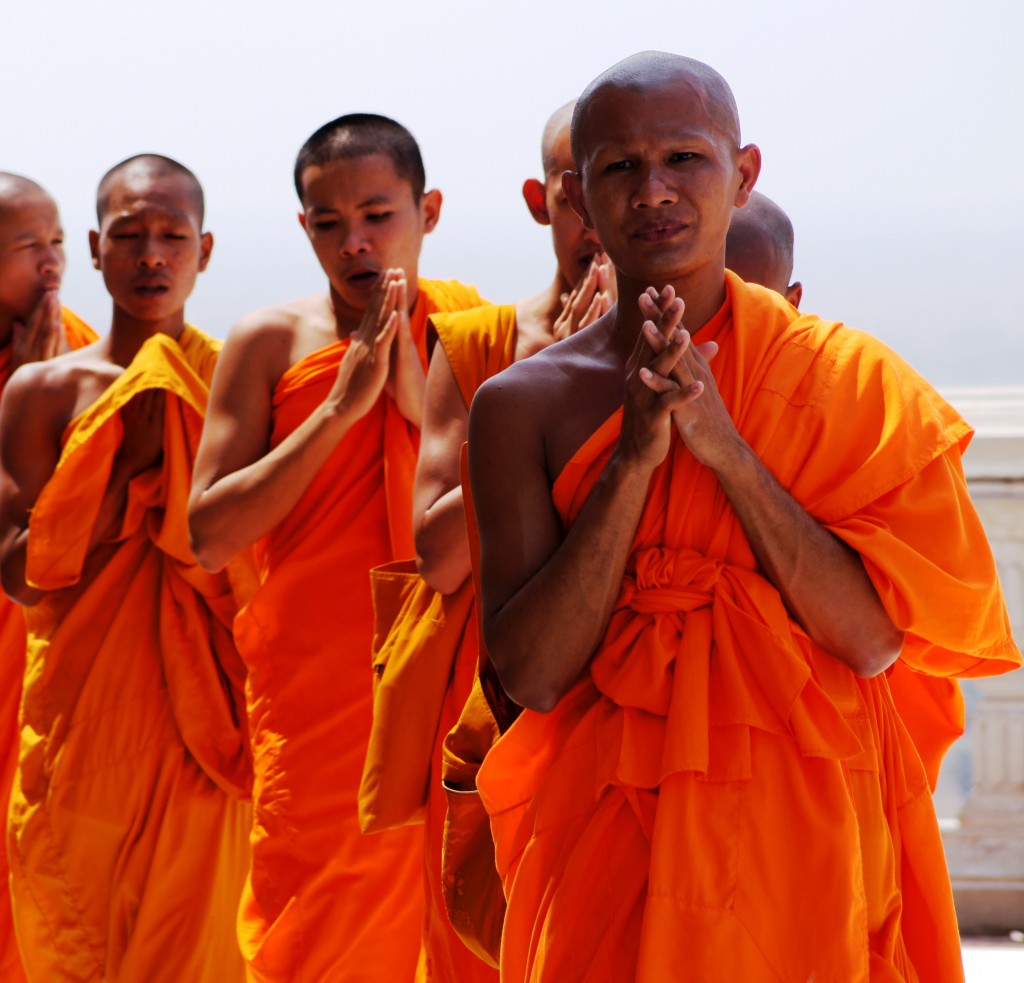 First day of the retreat:

On the 12th of February, we all gathered at the Tonle Bassak Restaurant in Phnom Penh. This is a famous place to dine for locals and foreigners alike. Its buffet is unbeatable for the price you pay. Who were we? We were all staff and volunteers with IBJ Cambodia and me. We were not there for lunch or dinner but we gathered in a nice state-of-the-art meeting room for our first day of the Staff Retreat. Including me, there were 53 of us. I could not believe it when I heard that number from Sim Dalis. But when I looked at the room, it was full and they were the IBJ family in Cambodia. I was thinking of the time when I joined IBJ and there was only one IBJ fellow, Ouk Vandeth. Today, he is leading a team of 51 staff and volunteers. It was quite an achievement for 6 years; it is not just the sheer number of staff, but what they have collectively achieved in the country, leading by example, to become the most active and hardworking legal aid organization. 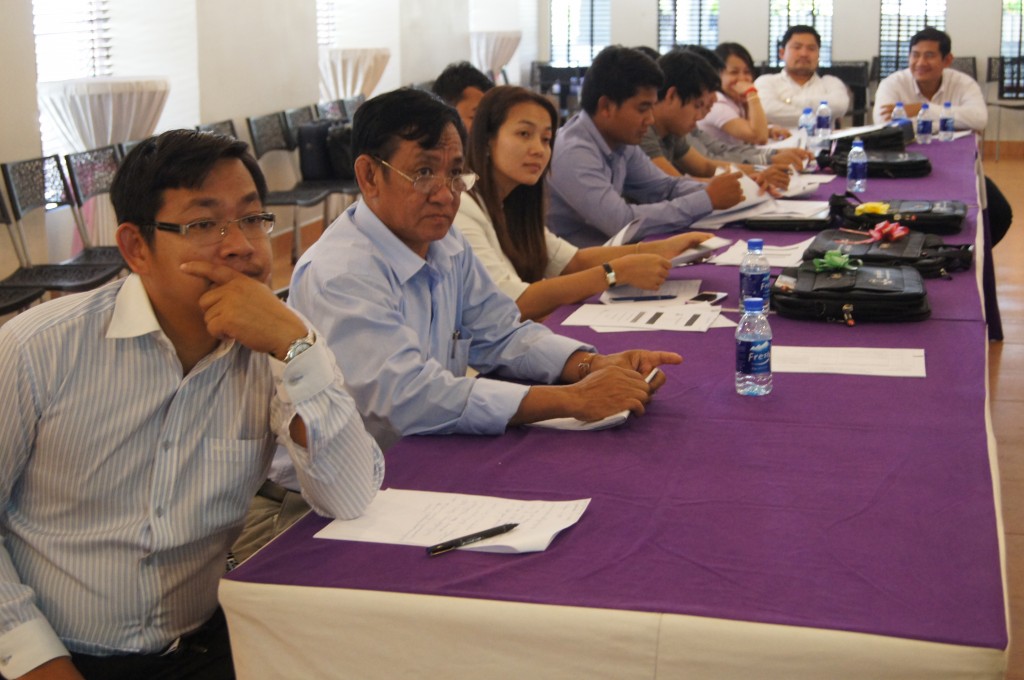 Vandeth (second from the left) at the Staff Retreat

Throughout the morning we listened to some amazing stories of IBJ Fellows about why they are committed to doing this work, where they come from, their humble upbringing and so on. A number of legal fellows talked about how poor they were growing up. They talked about having to walk 6 to 12 km everyday to go to school. They worked hard to become what they are today but they also understood what it meant to be poor. Most of them have made a choice to serve the poorest of the poor today in Cambodia’s most rural areas where no lawyer wants to go, let alone work. IBJ has turned the tide by reversing the trend of young lawyers always wanting to go to the capital, Phnom Penh, to work. There are many provinces where you cannot find a single lawyer. The only lawyers in those provinces are IBJ lawyers or whom we call legal fellows. They often work with the limited company of a lawyer assistant and an admin staff. They left their families who are 5-10 hour bus drive away, so they often see them just once a month. For all that work, they earn much less than their colleagues in the capital. So why do they do all that hard work for a modest salary? There is only one answer: they want to meaningfully contribute to improve the rule of law of Cambodia. They are completely committed to helping the poorest of the poor in achieving their goal: early access to counsel to every Cambodian – woman, man and child.

Second day of the retreat:

It was my idea to visit a Buddhist temple on the second day of the retreat. Vandeth and the team agreed but I was not sure how it would go. I was not told about the details of what was going to happen. We all met at the office at 7:45, got on a bus and started our journey towards the historical Oudong Pagoda or temple. I was told that it was one of the most significant temples in Cambodia as it was the home to a relic of Buddha. I later learned that the Government of Sri Lanka gave the relic to the King of Cambodia as a gift in 1957, which was the year of “Buddha Jayanthi” or jubilee. All my Cambodian colleagues were in a very relaxed mood. Most of the youngsters were taking pictures and posting on their Facebook pages. It took a little over an hour for us to arrive at the Oudong temple, which was situated on a hill. Soon I realized it was not just a temple, but a huge area of many stupas or pagodas, some of which looked very old. I also realized that it was a place of pilgrimage. Young girls and women, who were selling flowers for offering at the temple, welcomed us: a familiar sight back in Sri Lanka. 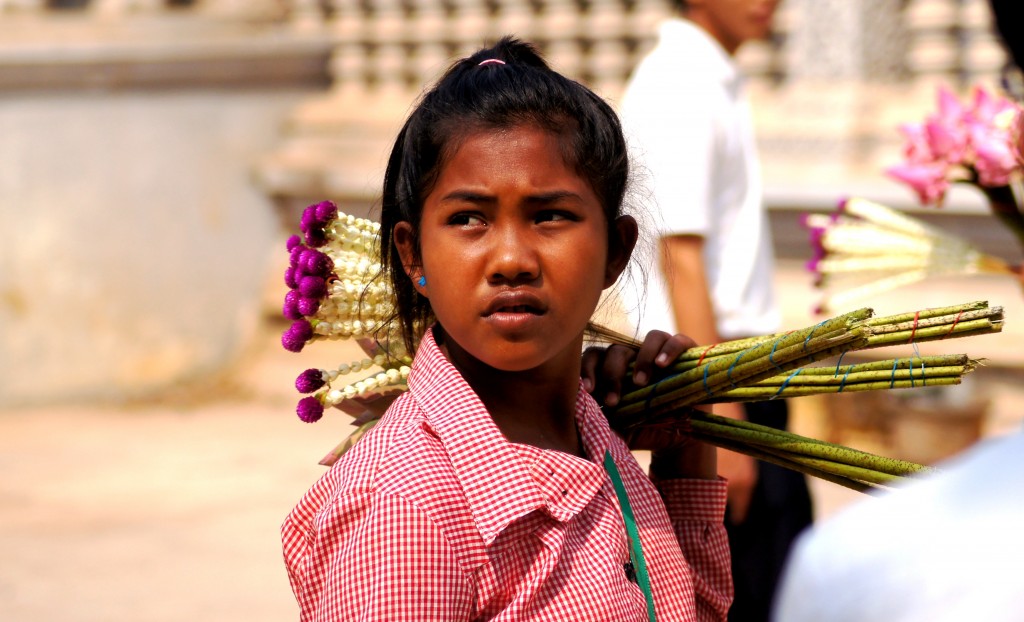 Young girl welcome us at temple

As soon as we arrived at the temple, a few lay clergy (if I may call them so) helped us get started on the proceedings. Our staff was already sitting down, holding flowers in their hands, closing their eyes and kneeling in front of a giant golden statue of Buddha with a smiling face looking down on us. They offered incense and flowers and started praying. A few were lining up the alms we had brought to offer the monks. They included, as we called in Sri Lanka, Ata Pirikara, eight essential items to be given to monks for their daily use and survival. My staff had also prepared food. Soon we were sitting on the ground facing the monks who started chanting prayers, “Buddan, saranam gachchaami ….”. Although I have a Catholic upbringing in Sri Lanka, I also grew up taking part in all important Buddhist rituals and knew basic prayers by heart. I suddenly found myself reciting the prayers, as they were in Pali, except the Khmer intonation when they were reciting them. I was reminded of numerous occasions when I joined my Buddhist relatives in Kaduwela, Sri Lanka, to perform almsgivings and overnight Buddhist prayer vigils called pirith! After the prayers, alms were offered to the monks. After the monks finished eating their lunch, we all sat down in circles on the mats lying on the floor of the temple to share our lunch. It was just like a big family eating together. 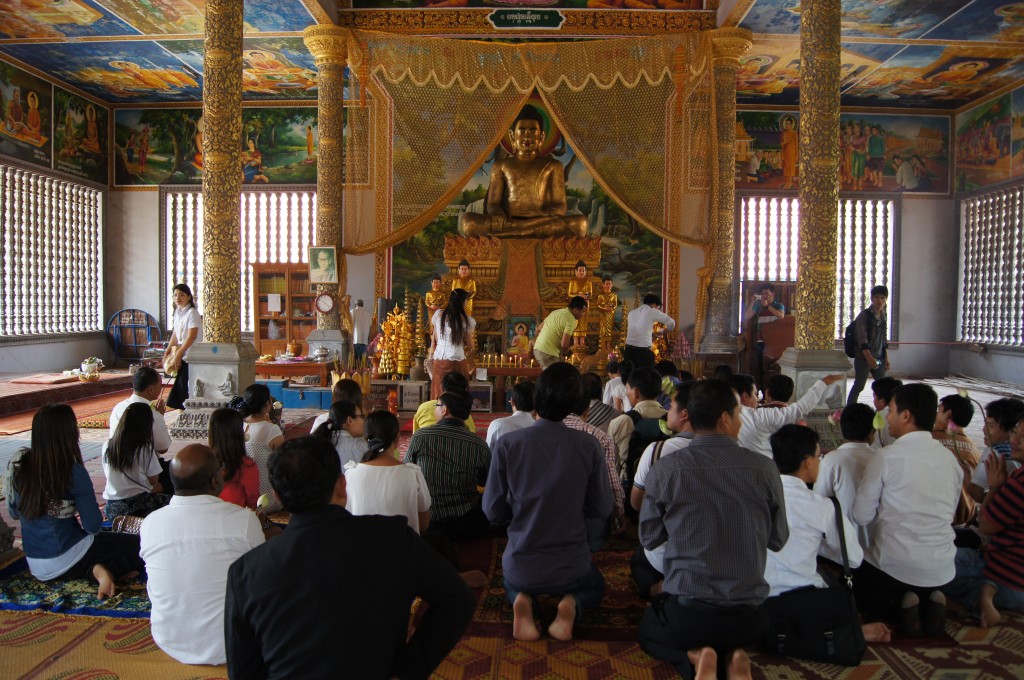 Staff praying at the temple

After lunch we hiked up the hill to the main temple. It was hot and most of us were sweating. After performing a few more prayers we came down to the compound where there is a beautiful temple in which the relic of Buddha is kept. One of my colleagues went and talked to an old monk and got permission right away to use the open hall in the building where monks were residing. We sat on the floor and continued to discuss “we as a community with a mission” and “key challenges facing our work and how we are overcoming them.” It was an inspiring session where a number of legal fellows shared, quite candidly, their experiences on the ground. There were many other stories to be told, but as the time was limited we wrapped up and ended the two truly inspiring days of staff retreat. 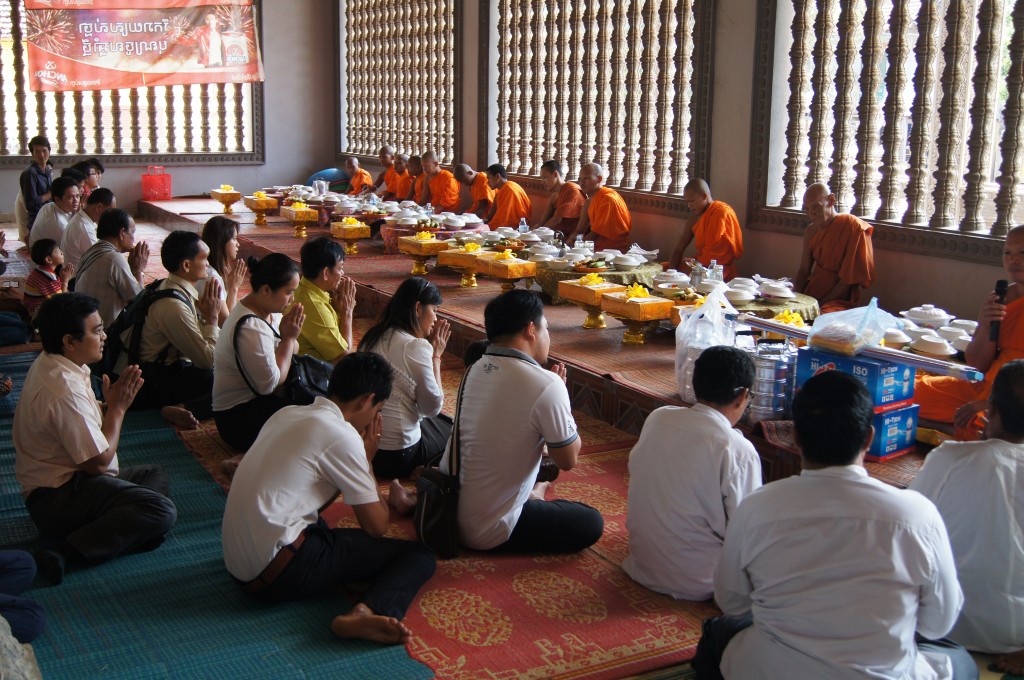 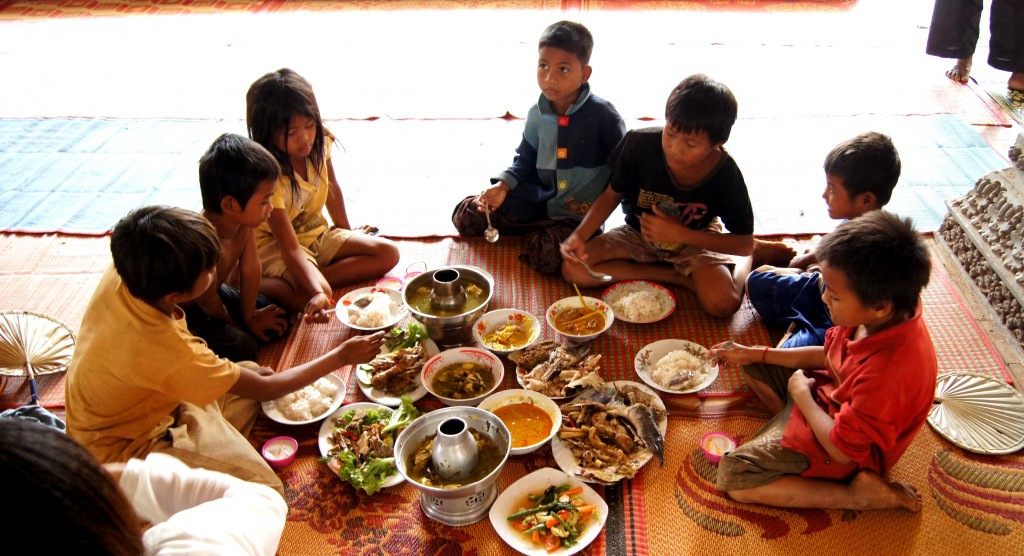