With the JusticeMakers Competition 2014 now underway, International Bridges to Justice would like to take a moment to reflect back on past Fellows whose legacies will serve to inspire future generations of JusticeMakers throughout the world.  2012 HIV/AIDS JusticeMaker Fellow, C. Christian Zarweah from Liberia, answered a few questions about joining the international community of Fellows, what keeps him motivated, and advice for future applicants. 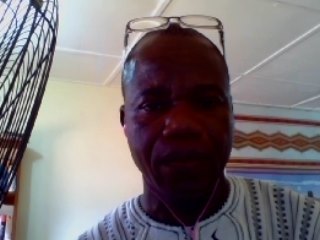 Our world is filled with many people who are either affected by HIV/Aids, disability, poverty, ignorance, illiteracy, low-income backgrounds, sicknesses, the haves and the have-nots and they need someone to identify with them so as to find common practical solutions to their plights. It is only when collaborative efforts are applied like the initiative of IBJ can such people find peace and recognition and the dignity they deserve and desire. I was motivated to apply to IBJ to give some hope and dignity to people in my region and country who are affected and those who are vulnerable because of their status so as to give them legal defense and hope and a better sense and realization as to why they exist and what they can do to improve their conditions.

The ability to mobilize and bring the different law enforcement groups and the affected individuals together to speak with one mind and work together was my initial challenge since that idea was strange in my region. Finally we succeeded in mobilizing the police, judges, magistrates, major and key stakeholders and the affected individuals and the medical people to begin to work together and collaborate for the welfare of the affected and vulnerable. Our success was then greatly due to the willingness of the different groups involved to coordinate and collaborate that finally yielded in a defense team been organized, a community volunteer group established and identification of the affected and most vulnerable women and children became a reality when their legal, emotional, and social needs were all addressed.

The money itself was not much, but it served as catalyst, thereby giving us the different teams and elements to coordinate to ensure positive result as was in our case. There were multiple successes, but the outstanding one that kept ringing bell in my heart and ear was the story of a three year old girl who got affected at birth along with a mother in her mid twenties who herself was affected. We were able to identify this small family who had been chased from one home and community to another by family members, boyfriends, and friends because of their status. We intervened through our legal defense team, provided a place to stay, basic energy and food for them, and established a little table market for sustainability. The mother later became our key outreach person on the impact and effect of HIV/Aids. As I reflect on the face of this young child who found herself affected at birth with an infected mother, I realized that there are many unknown and unheard voices and stories like that three year old and her mother and I was continually encouraged to reach out with the funding from IBJ. We were also able to bring the judges, magistrates, police and stakeholders together to discuss on how to coordinate their activities so as to give legal protection and dignity to the affected and vulnerable. This collaborative effort was one of our key successes where law enforcers have worked independently in the past. We also succeeded in bringing the medical and clinic workers on board so as to work together to conceal the identity of affected persons from the community to avoid attack or abuse. We succeeded in that the medical people promised to help keep the privacy of the effected persons. This too was a major success from our end. The fact that even some of the most vulnerable were given monthly ration of energy food of which otherwise they could not obtain thereby giving them hope, dignity and the sense of belonging was a major success in itself. Our FM education and awareness made the general public to begin to respect the rights and dignity of affected people that too was a major success.

I have learnt that together when we join hands and efforts and resources, we can achieve much. The little three years old could not be reached directly by IBJ, but through collaboration and coordinating resources, the little vulnerable three year old found grace and relief through an IBJ sponsored project. When we collaborate and better coordinate our expertise, resources and efforts, we will surely achieve more even with limited funding.

I also remain grateful to IBJ whose project support and intervention gave Lua and her daughter Susanna hope and stability and full legal protection.   Yes, indeed, together we can play our collective roles in building bridges to the affected, the neglected, the outcast, the forgotten, and the orphans and vulnerable because they are affected and we can renew their hopes and dignity.

As a recipient myself I would like to give these pieces of advice to those seeking to apply: