“IBJ, my mentor and friend in my

growth as a defense lawyer” 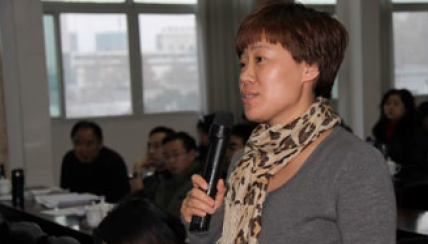 Although IBJ’s Defender Resource Center in Northwest China has only been operating for three years, there have already been notable improvements in the quality of representation and the confidence of criminal defense attorneys who have attended IBJ trainings. One attorney shared her gratitude toward IBJ in a six-page letter, which bore the heading: “IBJ, my mentor and friend in my growth as a defense lawyer; thank you for all your help.”

In the letter, Ge Chunrong detailed her history as an attorney. She began practicing law in 2001 and in 2005 began volunteering with the Shaanxi Women’s Federation to serve those in need. The problem, she explained, was that at the time she began, there was a lack of skills trainings. Lawyers like her were ill-equipped to properly defend their clients. This changed three years ago when Ge met IBJ. She has since attended 10 IBJ trainings and workshops. In her words, “The defense skills and ideology IBJ passed to me revitalized me and broadened my way of thinking,” helping her to achieve positive results in many of her cases.

Ge’s letter listed in detail the skills that IBJ has imparted to her, including respect for clients, client interviewing techniques, and how to investigate client backgrounds in order to apply for bail. She further praised IBJ for bringing together all judicial stakeholders to bring about change: “IBJ sets up bridges for all sections of judicial departments and builds platforms for the Public Security Bureau, prosecutors, judges, and lawyers to sit together to communicate and promote the mutual understanding and support of each other. Communication is the best way to solve problems.”

Finally, Ge described how she recently defended a death penalty case successfully, using the skills she learned from IBJ. A young man was charged with intentional murder of his father. Ge took the case from the District Court all the way to the Supreme People’s Court, tirelessly gathering evidence and fighting for her client. Several times, the client lost hope and wanted to end his life, but Ge gave him courage. In the end, she was able to prove that the death had been an accident, thus sparing her client execution. She said, “IBJ’s trainings not only gave me the skills to use, but also gave me the spirit of persistence to fight for the interests of my clients.”

Ge Chunrong is one of many legal professionals trained by International Bridges to Justice in China. Your continued support, especially at this time, is what allows us to continue trainings, provide legal aid, and host rights awareness events. Please consider making a donation to support future criminal defense lawyers, and all who they service, through this link. Thank you for your generosity.