In Burundi, the number of children in pre-trial detention is steadily decreasing. However, it is necessary to maintain this momentum and continue the fight against illegal juvenile detention. The story of Celeus exemplifies the importance  of this continued effort.

For the past 3 months, IBJ fellows assisted 6 cases involving minors; 5 were in the province of Cibitoke and 1 in rural Bujumbura. One case involved Celeus, a youth accused with another man of a  theft that occurred at a residence. The other accused, who had already confessed to the crime after being caught with stolen articles in his possession, was given provisional release. IBJ lawyer for the defense, Astère Muyango, argued that the specific juvenile procedures introduced by the new Code of Criminal Procedures were violated. He demonstrated that Article 224, which declares void any interrogation of a minor without the presence of a lawyer or another person duly authorized by judicial authority, had been breached.

The prosecution called for a delay in order to summon the co-accused who was currently  out on bail. An additional delay would mean that the accused would have to be detained for the time-being – a result Muyango argued would violate the legal provisions that protect minors, as they stipulate that the detention of a minor must be a measure of last resort. Given the interpretation of “minor” and this special protection now afforded to the defendant, the defense concluded that their client should be released. Celeus was released. 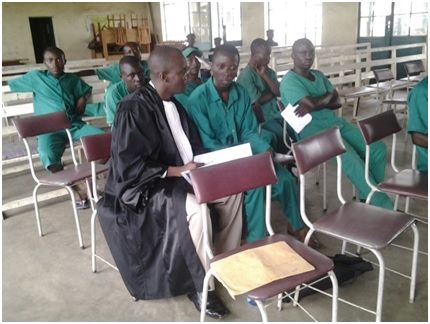 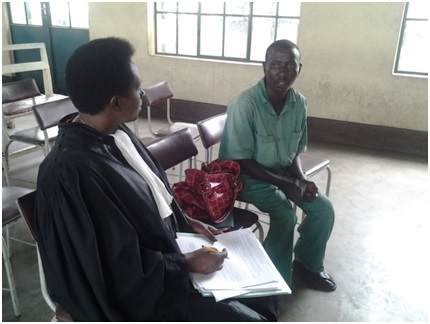 A month later, a member of Celeus’s family contacted  IBJ expressing his joy to once again see the child the prosecution had asked to punish with 10 years of imprisonment.

The hard work of exceptional lawyers such as Astère Muyango remind us of how important it is to continue our mission. Despite such a milestone in the fight against illegal juvenile detention in Burundi, Celeus is but one individual who needed legal help that he otherwise would not have had access to. It is imperative to continue working with the police and prosecutors, conducting training sessions and developing best practices to protect ordinary citizens under the auspices of the rule of law.