IBJ India in collaboration with Delhi Prisons organized a two-day capacity building workshop for warders and custodial staff at the Prison Headquarters, Tihar, New Delhi on September 26 -27, 2014. The workshop was aimed at building capacity and legal awareness within the prison system in Tihar. It was attended by custodial staff including Warders, Head Warders, and the Assistant Superintendent from each prison in the Tihar Central Jail and Rohini District Jail. Both days at the workshop saw an encouraging level of interaction and participation by the custodial staff.   After the short introduction given by IBJ India fellow, Mr. Ajay Verma, the Deputy Inspector General, Mr. Mukesh Prasad, inaugurated the session. Mr. Sunil Gupta, Law Officer, Tihar jail, then gave a brief overview of the Delhi Prisons Act and the role of warders.

Mr. Alok Verma, Director General of Tihar Jail, held an interactive session with the custodial staff of the Tihar and Rohini prisons. An array of issues was brought to the attention of Mr. Verma ranging from the unsatisfactory living conditions of the warders and custodial staff to the problems that they face due to the lack of internal mechanisms for promotion. IBJ India was able to facilitate constructive dialogue between management and the staff of the prisons in a bid to strengthen mutual understanding of the challenges they both face. 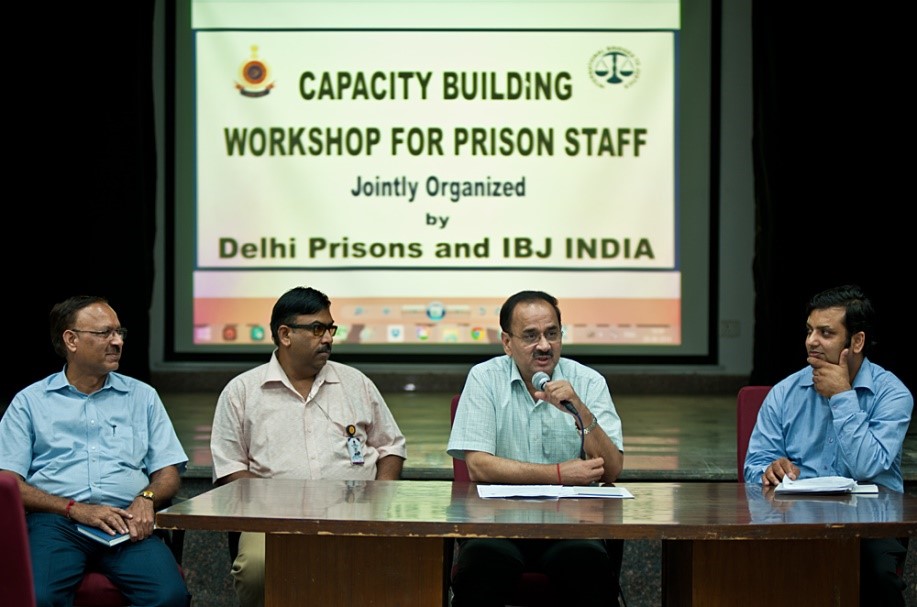 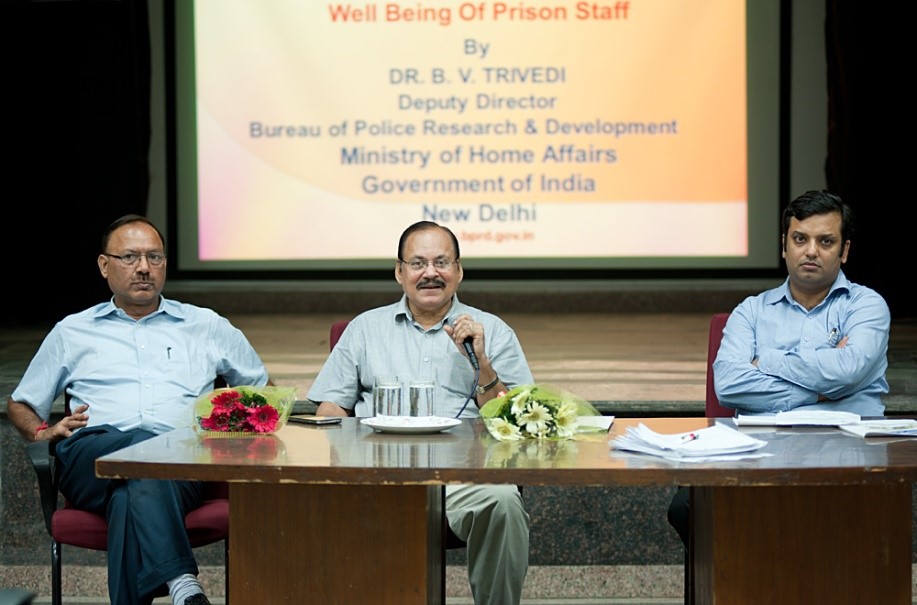 Mr. D V Trivedi, Former Director of the Bureau of Police Research and Development (BPRD), discussed the conduct of warders so as to ensure effective prison management. The custodial staff was then asked to share their ideas about prison and the purpose of incarceration. Though the majority of the warders and custodial staff agreed that reformation and rehabilitation was the end goal of incarceration, some of them were of the opinion that it is important to adopt a punitive approach towards inmates who are repeat offenders and display no respect for prison regulations. However, the attitude of the custodial staff was largely sympathetic towards the prisoners, recognizing that personal circumstances could have an influential role in their imprisonment and that it was the prerogative of the courts to pronounce someone guilty.

The session then moved on to the discussion of other issues, including the present infrastructure that needs to be upgraded to keep up to date with the latest technology. One specific demand is the need for more CCTV cameras to ensure complete and effective surveillance on part of the custodial staff. Also addressed was the problem of understaffing that is accentuated by the high professional dropout rate due to lack of incentives, promotions, and low wages. The custodial staff was successfully able to bring awareness that there are inadequate cashless treatment schemes for them and that the very few hospitals that offer this were meager in terms of the quantity and quality of these services. The refurbishment of staff quarters was promised by the Director General (Prisons), Tihar, during his interactive session and will hopefully be looked into immediately. Another major problem that was addressed was prison overcrowding. This leads to overwork and burn out of the custodial staff. Moreover, over 70% of the inmate population is under trial, which makes the implementation of discipline more challenging for the staff members. The problem is further pronounced when inmates, despite having been granted bail, are unable to secure their release on account of lack of a surety or the financial means to secure bond.

Mr. Ajay Verma, Advocate and IBJ India Fellow, discussed the role of custodial staff in ensuring justice for the inmates as well as correct bail procedures u/s 167,436,437 of the CrPC, appeals, parole, furlough and juvenile inmates. He also discussed that the segregation of prisoners should be more clearly defined and suggested specialized cells for first offenders. In order to ensure the awareness of the custodial staff about the prevalent legal provisions, judgments and techniques of administering discipline, it is imperative that they should receive regular training sessions. The prison staff then received instruction on the rights of the prisoners and their duties towards them. During the last part of the session, different reformative measures were discussed by the IBJ team members Ajay Verma (IBJ India Fellow) and Pankhuri A Mehndiratta (Advocate). 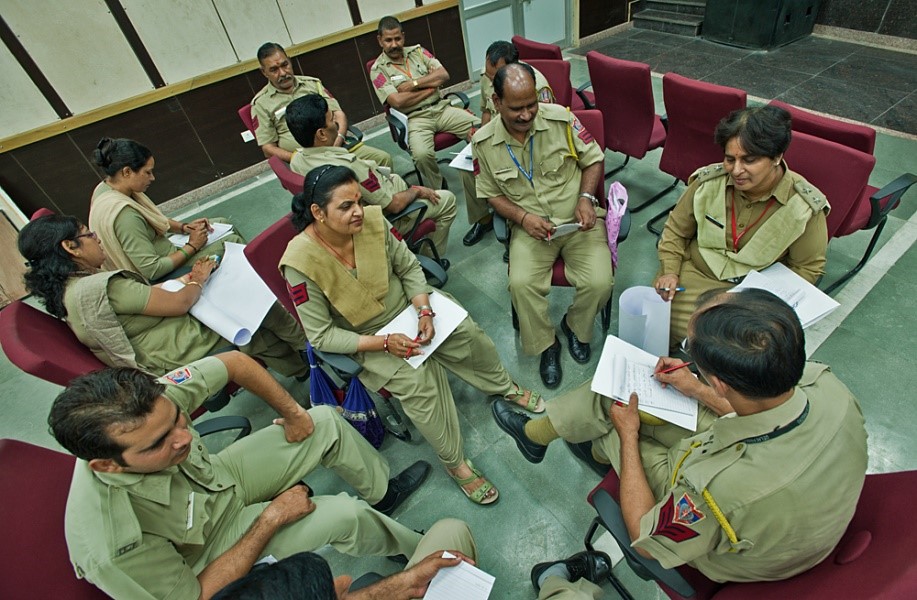 Dr. Shahzad Ibrahimi, a renowned motivational speaker, was also present as part of the eminent people that shared their energy for the cause of strengthening the criminal justice system and its pillars in order to ensure respect for human rights. Ms. Deepika Gupta, Consultant Psychologist at Human Dynamic, Gurgaon, shared her views on behavioral disorders and suicidal tendencies of prisoners and the role of prison staff in monitoring prisoners. In her highly engaging session, she gave valuable indicators to identify inmates with behavioral disorders to aid the custodial staff in assessing potentiality of suicide within the cells.

Strengthening the core of the criminal justice system of India through capacity building and awareness training helps IBJ India to live up to its mandate of ensuring the respect for human rights and preventing torture during detention. The entire team of IBJ India is extremely grateful for the support and collaboration of the Delhi prison authorities and looks forward to hosting similar events in the future.