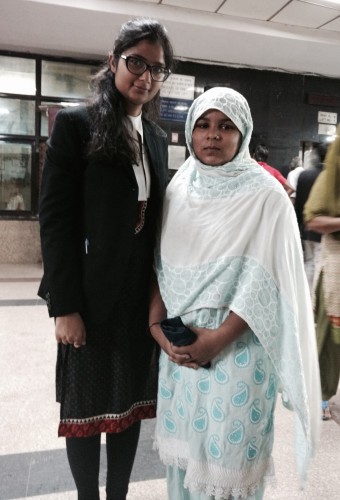 IBJ Volunteer lawyer Katyayni with Fatima at her court case

In Delhi, the need for affordable legal assistance is great. 2 out of 3 prisoners in India are in pre-trial detention. As such, the majority of people in jail have not appeared before a judge or received a fair trial.

Fatima is among the many women who have been arbitrarily detained in Prison No.6, a women’s prison in Delhi. A young mother, Fatima was arrested in March after being wrongly implicated in a case of theft. As is the case for most people in India, Fatima was unable to afford a private lawyer. Without access to legal representation, she remained in jail unable to care for her 4-year-old son, who was left in the care of Fatima’s ailing mother.

However, through a rights awareness camp organized by IBJ India in the Delhi Women’s Prison, Fatima found out about IBJ’s pro-bono work. Reaching out to an IBJ volunteer lawyer, Fatima was provided with free legal assistance and successfully granted bail.

She is now back living with her mother and her son while her trial takes place.

IBJ, by providing free legal assistance and conducting rights awareness camps, was able to intervene early on and prevent Fatima being arbitrarily detained in chronically overcrowded conditions. With many prisoners unable to pay for legal assistance and often uninformed about their legal rights, IBJ is one of the few organizations that give ordinary individuals the chance to access justice and reclaim their freedom. Unfortunately, many individuals are left languishing in prison with little hope on the horizon. 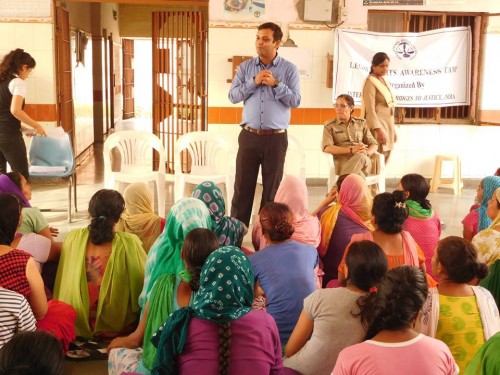 With your help, IBJ India can expand its reach helping the most vulnerable in society access justice. There are thousands of imprisoned persons who, like Fatima, are unable to afford a lawyer, and are thus unable to support their families and their community. IBJ is working to make sure that every man, woman and child early access to counsel: and for that, we need your support.

Donate today to support Fatima and other women in Tihar Central Jail.