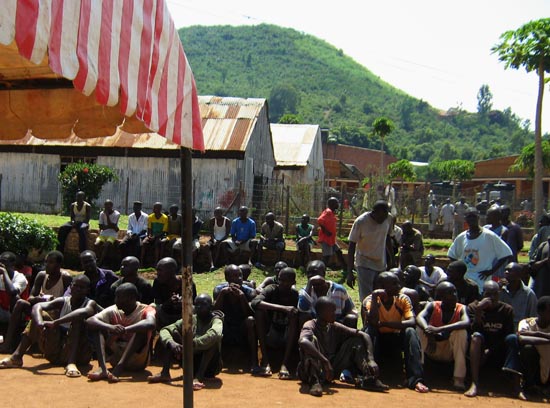 On Saturday June 13th, the Legal Resources Foundation (LRF), a Kenyan human rights group, organized a day of legal aid at Kodiaga, maximum security prison. Over 2000 remand prisoners are detained at the facility. 13 pro bono lawyers including Peter Onyango, an advocate with the Justice Makers project CLEAR Kisumu, provided legal aid to one prisoner after another, attending to over 100 cases over the course of the afternoon.Legal aid days are held biannually at best. While many lawyers are willing to offer pro bono services, the demands of employment or owning a practice make it difficult for advocates to volunteer time to additional cases. While CLEAR visits the prison regularly to speak with small groups of prisoners, Saturday’s event was unprecedented with hundreds of previously unseen prisoners pouring out from behind the prison’s high brick walls. 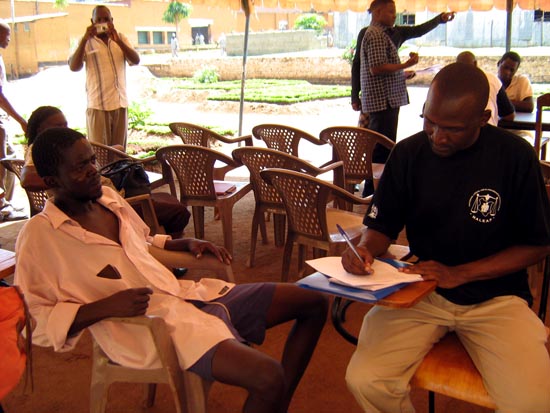 The day provided prisoners with a rare opportunity to hear from, and question a state prosecutor as well as a resident magistrate from the court responsible for most criminal cases in western Kenya. Magistrate Ruth Maloba assured prisoners that the judiciary was taking measures against corruption and backlogs in court. She responded to lengthy criticisms from prisoners who stood up to raise their concerns, receiving applause from fellow inmates.Peter Onyango assisted a 57 year old man who was imprisoned in April 2008, but will attend court for the first time this July. He is charged with defilement, but while the person he is accused of defiling contracted HIV from the assault, he has tested negative. Moreover, his 20 minute meeting with a CLEAR advocate was the first time he has ever received legal counsel.Legal aid day came to a close with a feedback session allowing advocates and prison officials to identify the most pressing concerns facing remand prisoners. On any given day up to 80 Kodiaga prisoners can be called to court, while the prison transport vehicle only carries 17. With juvenile remand homes at capacity, 16-18 year old prisoners are now detained in the same facilities as adults, and are often subject to abuse.The group concluded that none are blameless. Advocates fail to appear in court, prosecutors fail to bring witnesses forward, and a magistrate on leave can bring all proceedings to a halt. And with few provisions for legal aid beyond what is provided by non-profits such as CLEAR, legal aid days are a necessity. CLEAR has followed up with some inmates, contacting relatives and writing letters to court requesting speedy trial and judgement. 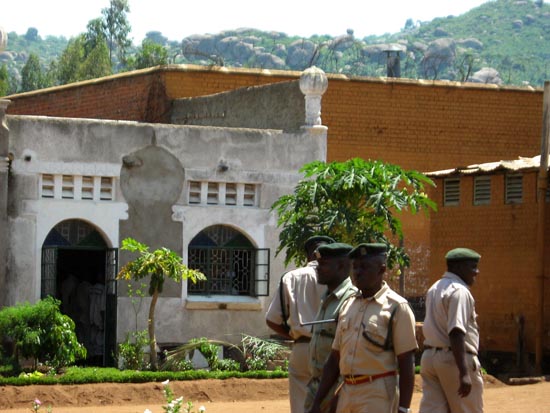