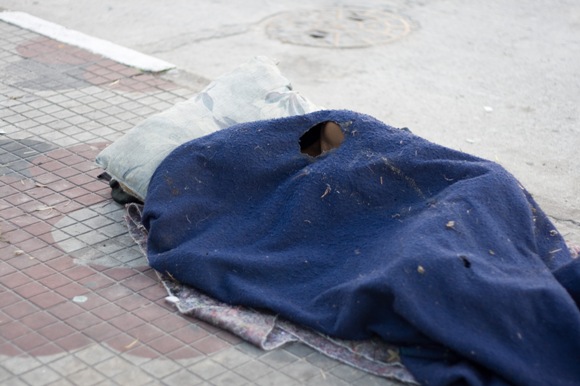 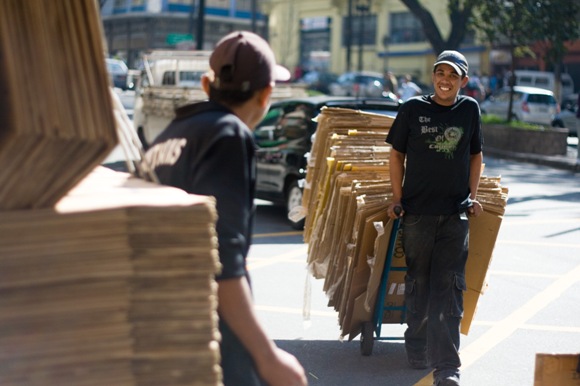 Above: Street scenes in Sao Paulo, Brazil, depicting the various ways in which those struggling at the margins of society cope with their realities. Sao Paulo, one of the densely populated cities in the world, suffers from high poverty and unemployment rates, registering 12,000 homeless in 2008 according to census data.

“Brazil is a country of contradictions…If I have any advice for an organization that is about to expand into legal advocacy in Brazil it would be to talk. Talk a lot. You might think you understand Brazil but this is not easy.” — Roberto Tardelli

Last week, we visited Roberto Tardelli, a prominent prosecutor for homicides in Brazil at the First Jury Tribunal of São Paulo. Tardelli spoke about the difficulty of trying to explain legal rights, such as habeas corpus, to people who have no sense of rights at all. His comments explained the context behind the enormous challenges facing 2008 JusticeMaker Dr. Aziz Saliba and his project to educate the public about their rights to habeas corpus.

Tardelli noted that difficulties of legal advocacy in Brazil are related to the fact that “there are many different realities in our country.” For example, “there are groups in Brazilian society that believe they are still slaves.” These groups continue to avoid eating red mangoes and milk because they believe this causes death — a myth created centuries ago by slave owners who were protective of their fruit and dairy. These myths are related to a culture leftover from the military regimes, Tardelli interjected. Most prosecutors the IBJ team has spoken with in Brazil agree the legacy of the military regime is a major cause for the gaps they face in the fair application of Brazil’s legal code.

Other communities on the margins of society believe Brazil is currently under a military dictatorship because of the frequent harassment and illegal imprisonment they experience when dealing with the military police.  These ‘different realities’ have important consequences for how ordinary citizens view their legal rights. Tardelli gave an example;

“I go to see soccer games with my friends, many of whom are of African descent. Last time we went to a game together I said to them why do you carry all of your I.D. cards? They  respond ‘Because of the military regime. They stop us in the street. They arrest us. They ask for our I.D. and say this is not enough’”

Dr. Aziz Saliba faces a tough challenge in educating people who have very different views of Brazil’s legal system. However, before Tardelli would discuss themes or trends in Brazil’s legal system he noted that poverty, population pressures, and overcrowded jails must first be understood.

Tardelli spoke about Alphaville, a community of elite in Brazil that do not believe that the majority of Brazilians are not white or that millions live in poverty. To help us understand how this is possible Tardelli said,

“When the Pope visited the favelas of Brazil the insane, suspected criminals and the diseased were rounded up, arrested, shot or shuffled to other locations so that the conditions of the favelas did not appear so bad.” Tardelli explained that during the Holy See’s visit, favelas like City of God, in a sense, became inhabited by God alone. He concluded,

“If different segments of Brazilian society cannot see eye to eye then they will not share the same vocabulary to resolve their differences. And so, the only language left is the language of violence.”

The next day after Tardelli’s interiew, Ms. Neves gave us a tour of the Pinapoteca museum which was hosting a special display on repression and activism in Brazil’s history. Outside the museum we saw a man being arrested by five police officers. His clothes lay on the ground. Crowds kicked his jeans and t-shirt down the street creating an illusion of the same man crawling away from the scene on his knees. Afterwards, Ms. Neves walked with me and tried to help me understand the contradictions of Brazil’s legal system. We passed a high end shoe store. In the same neighborhood we passed by a leper colony. Tardelli’s word’s came to mind: “Brazil is a country of contradictions,” but it is also a country with a lot of opportunity. As Tardelli said, “Latinos know this tradition of contradictions, of different realities, we can understand what this means for our future,” as he encouraged others to do the same.