The Sri Lankan Civil War might have ended in May 2009, but some still have not woken from the nightmare.  The LTTE, more popularly known as the Tamil Tigers, lead a campaign of terrorism and guerilla warfare against the Sri Lankan government for nearly 30 years to create an independent Tamil state in the North and East of the island.  The conflict took the lives of tens of thousands both in the Sinhalese majority as well as in the Tamil minority population, and some people became helpless victims of this power struggle. 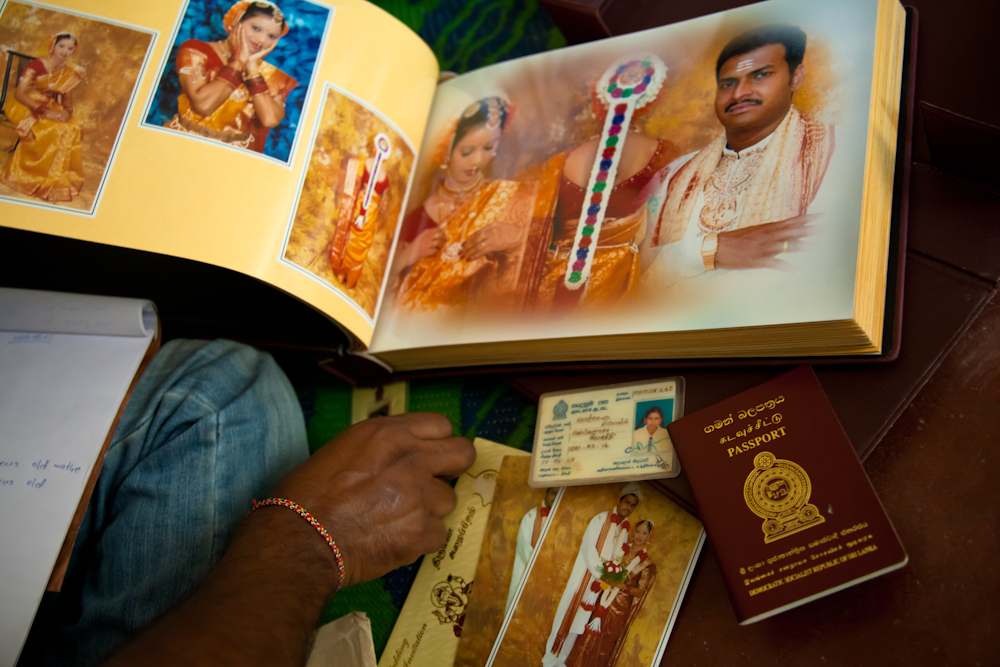 One of the people still trapped in the war’s net is Selvaraja Sivasakthy.  She grew up in a prosperous Tamil family around Jaffna, surrounded by seven older sisters and brothers, who nearly all married and moved abroad.  In May 2008, in an arranged wedding, Sivasakthy was married to the son of a prominent Tamil family from Canada.  Her mother, widowed since 1997, payed her hefty dowry, and the union was sealed in Singapore, since the new husband’s family was not allowed to return to Sri Lanka due to alleged ties to the Tamil Tigers.  Before moving in with her in-laws in Canada, all Sivasakthy needed to do was return to Sri Lanka to finalize her immigration papers. 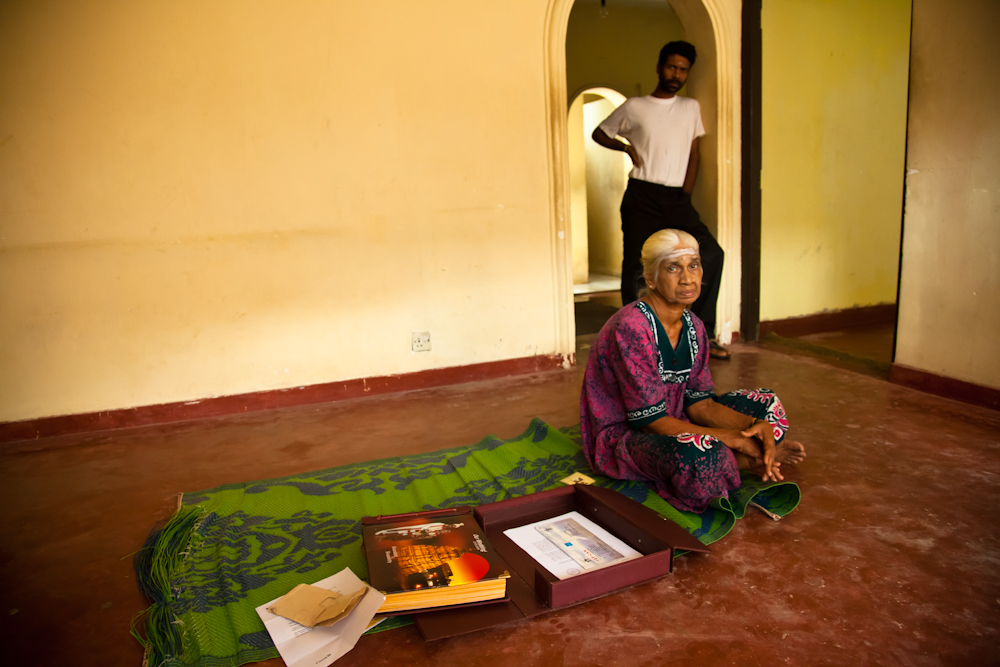 Sivasakhty's mother and brother in their Colombo apartment.

Within a few days of arriving, Sri Lankan police arrested Sivasakthy on charges of terrorism.  The accusation stated that a bank card in her name was used in a financial transaction linked to the Tamil Tigers.  She has been in remand prison in Colombo ever since.  Sivasakthy’s 71 year-old mother has payed large sums to lawyers, who took her money, suggested her daughter plead guilty, and never provided any further services. She has now spent everything the family ever had to get her daughter out of prison.  Recently she was forced to pawn her last pieces of jewelry to pay for a small apartment she needs to rent in Colombo to be near her daughter.  Sivasakthy’s brother, the only sibling left in Sri Lanka, developed a serious mental illness from the stress of having his sister arrested.  He is now unable to work, and his ailing mother must take care of him. 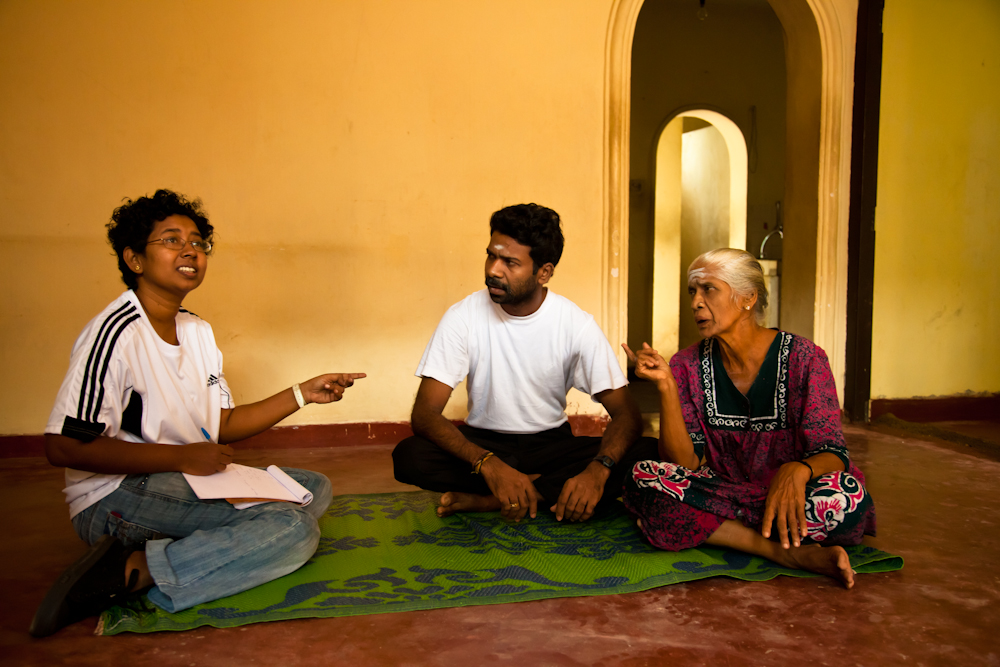 As for the new husband in Canada, according to a family friend, he took the dowry, had the wedding annulled, and returned home.  He is now re-married, and wants nothing to do with Sivasakthy and her family. Sivasakthy’s siblings in Europe and North America do not want to return to Sri Lanka for fear of arrest.  Only one of her brothers in Canada sends money occasionally to support his mother. 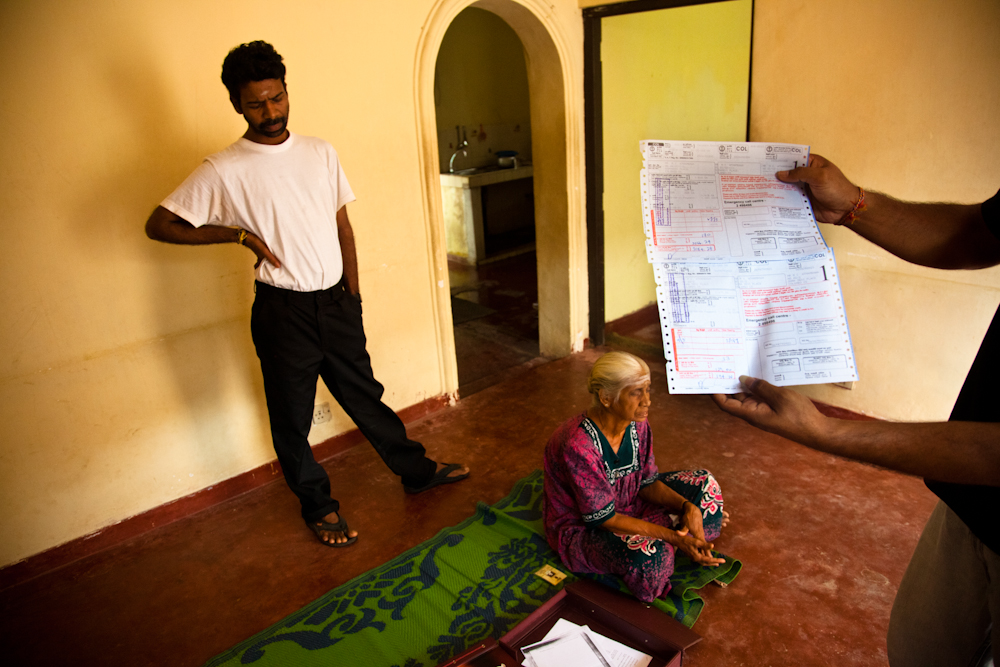 During the meeting, more bills arrive for Sivasakhty’s mother to pay.

A friend at Welikada Prison Women’s Ward recommended Sivasakthy’s case to JusticeMaker Fellow, Harshi Perera, from the organization Janasansadaya (The People’s Forum).  As part of her project for JusticeMakers, Harshi provides legal aid to women who have been waiting in remand prison for longer than necessary and need assistance to bring their cases before a judge.  To gather more information on the circumstances surrounding Sivasakthy’s arrest, she tracked down her mother and brother in their Colombo apartment.

The three room apartment is completely devoid of furniture.  Only a few piles of clothing in one room betray the human occupation of this space.  Sivasakhty’s mother unrolls a mat on which she sits with her son and Harshi.  She holds in her hands the only thing that bears witness to the family’s former prosperity – a large leather-bound album from Sivasakthy’s wedding.  Obviously no expenses had been spared for the celebration.  On these pages, the beautiful young bride, decorated with silk and flowers, flirts with the camera.  The elderly woman stares blankly as she flips the pages, and her son, sitting next to her, rocks his body in silence.Harshi and Sivasakhty’s mother communicate through a Sihalese-Tamil translator, and exchange documentation about the case.  A court date is coming up soon.  Harshi writes down the necessary details to look for a lawyer who can attend the hearing, and prevent Sivasakhty from being returned to prison without any progress in her case. 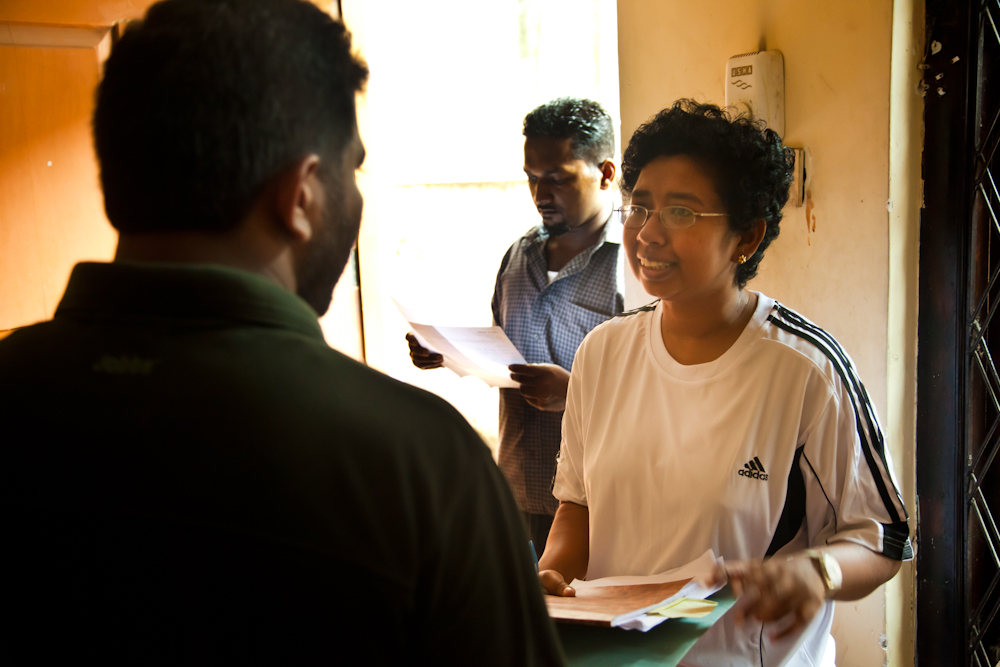 A few days later, Harshi visits Sivasakhty at the Welikada Prison Women’s Ward.  She questions her about her arrest and about conditions in prison.  The young woman is in good spirits, has pleaded not guilty, and is anxious to get out of jail.  She agrees to Harshi’s offer of legal aid.  With this information in hand, Harshi can now find a lawyer to provide assistance to Sivasakhty and finally see this case move forward in court.  With the legal process set in motion at last, one more chapter in the ugly history of Sri Lanka’s civil war could finally come to an end.