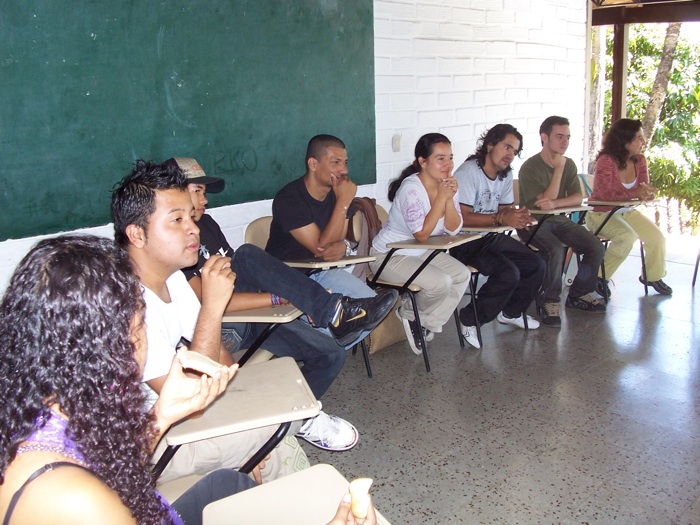 Adriana is the woman in the white shirt with flowers.

On December 10th when I found that my project had been selected as one of the JusticeMakers winners it was a pleasant surprise but above all a special incentive to continue the hard work for the permanent defense of human rights. It seemed incredible that among so many candidates, this project was chosen to be implemented, especially in the context of Colombia. In my country, the formality and appearance of democracy hides the daily criminal acts of police, their complicity in human rights violations and their alliance with armed groups. It is gratifying that this issue is a concern to others and motivates the support to transform this behavior from a legal aspect.

It is also very important to know that there are men and women around the world who are interested in making make the practice of law, especially criminal defense, an accessible service to those whose rights are routinely violated.

In Colombia, and specifically in the city of Medellin, it is very important to work for the protection of personal liberties because the behanvior of the police is recurrently illegal. They are consistently violating reglations that support their very existence. They abuse their authority especially through the deprivation of fundamental rights to young people that are enshrined in the constitution. The community will be able to access training on how to handle arbitrary arrests legally, technical assistance in the legal field, information about arbitrary arrests in the city and campaigns supporting denouncements will be carried out. This way, there will be more accessibility to information and there will be more of an ability to promote how to ensure that human rights be respected through legal action when citizens have been detained arbitrarily or for reasons which do not warrant such ridiculous punishment. This will indirectly start to raise awareness and concerns within the police forces to review their internal procedures and especially it’s constant lack of respect for the fundamental rights of individuals.