On 22 February 2011, Ms. U. A. Somawathi was released from Welikada Prison, Colombo, after spending nine years in pre-trial detention. Her release was secured by Ms. Harshi Perera, JusticeMaker 2010. Harshi’s project focuses on the representation and release of five female inmates of Welikada prison, all of whom have been awaiting trial for years.

Somawathi is a 45 year-old mother of three children. Her husband—a drug addict and dealer—abandoned her while she was in prison on a previous charge. After her release, Somawathi had no means of supporting herself and her family and took to selling arrack (illegally-distilled coconut palm liquor). She was arrested again, and released after paying a fine of Rs. 10,000.

On 28 February 2003 she was arrested by four policemen attached to the Moratuwa police station. There was no female police officer present, as is required under Sri Lankan law. When the police searched her they found her to be in possession of five small packets of heroin.  According to Somawathi, the police threatened that they would send her to prison for five to six years. Thereafter, the police wrote in their report that she possessed 1100 mg of heroine and had sold 100 mg of heroin, which Somawathi disputed.

In March 2003, Somawathi was brought before the Moratuwa Magistrate Court, and remanded until later in the month. Although 19 court dates were called over the next year and a half, no progress was made on the case. At the end of November 2004, the court received the government analyst report. It stated that Somawathi had been found in possession of 253mg of heroin—not the 1,100mg claimed in the police report. In December 2004, the police requested further instruction from the Attorney General (AG)’s office. However, no movement was made on the case for over seven years.

Towards the end of 2010, Harshi stepped in. She hired a lawyer to try the case, but even after four court appearances, no progress had been made. Under Harshi’s advice and guidance, Somawathi herself wrote an affidavit to the AG’s office, detailing her case. Nevertheless, there was no direct response, and the court did not receive the AG’s long-awaited instruction on how to proceed. 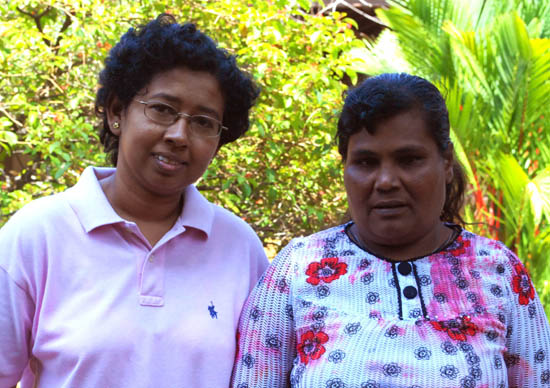 On 5 February 2011, Harshi assisted Somawathi—who was still in Welikada Prison—in directly petitioning the Chief Justice of the Supreme Court of Sri Lanka, and they wrote affidavits both to the Court and the AG’s office. On February 22nd, the Court heard her petition. The bench comprised of Hon. Chief Justice Ashoka de Silva, Hon. Justice Shirani Thilekawardena, and Hon. Justice Suresh Chanda. The case was decided in Somawathi’s favour, and she was released.

Somawathi is now a free woman. Her main priorities now are to try and find her children, with whom she lost contact in the aftermath of the 2004 Indian Ocean tsunami, and to build a peaceful life.