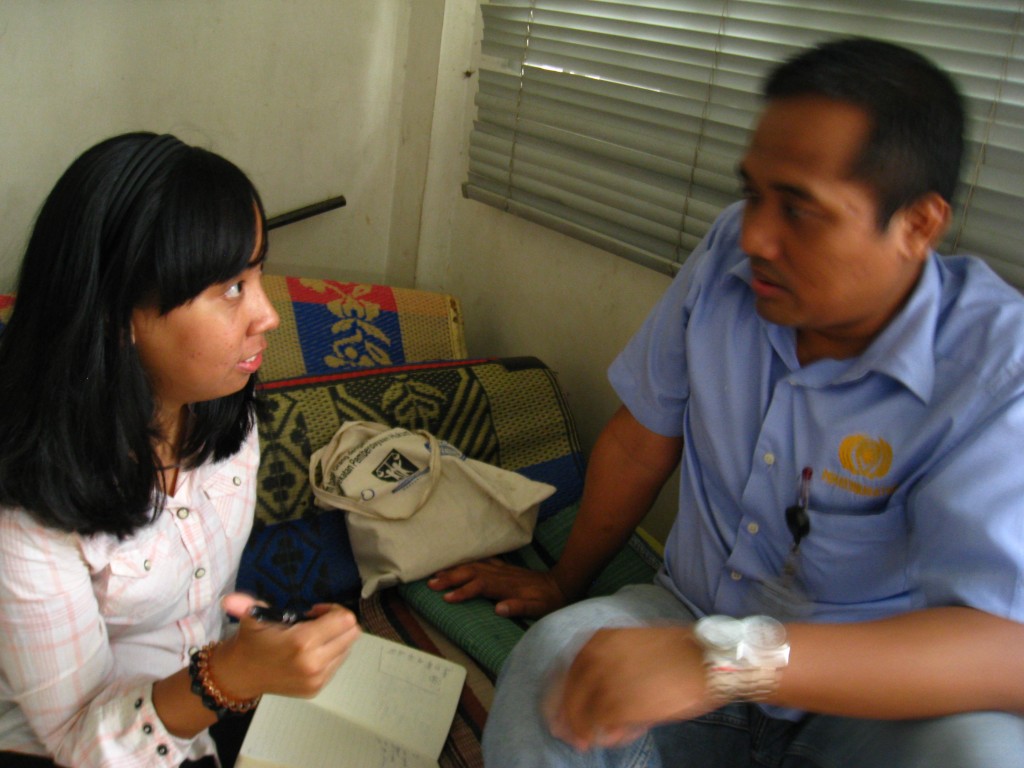 In May 2011, Indonesian JusticeMaker 2010 Ajeng Larasati met participants of the recent training session she directed at Cipinang Detention Center in Jakarta. The training sessions were conducted in March 2011 for the tamping (convicted prisoners who hold clerical jobs in the detention center) on the legal rights present in Indonesia’s Criminal Procedure Code.  The tamping were chosen as the target training audience given their relatively elevated status among the detainees, which they could use as a platform for passing on the information they had learned to other prisoners.

The evaluations began with a short questionnaire, written in Bahasa Indonesia; the tamping were asked to rate various aspects of the training on a scale between 1 (very good) and 3 (poor).  The survey included the following questions:

Ajeng also conducted short individual interviews with the tamping, where she made inquiries as to which modules had been most useful, whether they felt well-equipped to discuss legal rights with other inmates, and whether there was any feedback that they might offer.

In general, the response was quite positive. The tamping reported that they had a better understanding of their own legal rights, and stated that they felt able to effectively share this knowledge with pre-trial detainees in the prison. Significantly, all the tamping acknowledged that if they were asked questions by fellow prisoners to which they didn’t know the answer, they would feel comfortable directing those inquiries to prison staff or legal aid lawyers from Ajeng’s NGO. Additionally, Ajeng’s training helped the tamping take more active leadership roles in the prison community, which gives them the confidence to advise other detainees on practical matters.

By providing the tamping with a basic understanding of their legal rights, Ajeng is helping to facilitate the creation of an empowered community amongst the inmates of Cipinang Detention Center.