Medellín, Colombia – What is our definition of “liberty”?  What is the difference between individual liberty and collective liberty, and can we have both?  How does our Constitution define liberty?  What are the legal limits of public force, and how do we defend ourselves when those limits are exceeded?

These are some of the questions that were posed at a rights awareness training in Medellín, Colombia hosted by IBJ JusticeMakers Fellow Adriana and her group of fellow public defense lawyers, who spent the evening speaking with students and professors from the local university.  This meeting will be one of many sessions taking place this year as part of their 2011 JusticeMakers criminal justice project in Colombia focused on police abuse of power.  Their project has two aims: (1) to strategically and politically expose and denounce these abuses, and (2) to arm victims and potential victims of these abuses with the knowledge of their rights. 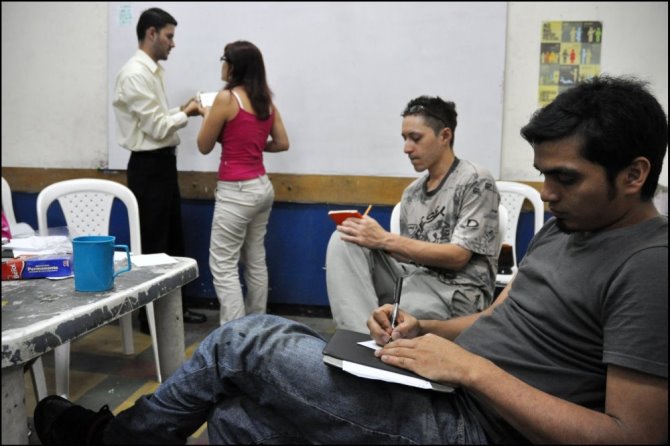 Photo: Attendees spend the start of the meeting contemplating and writing their own defintions of liberty. 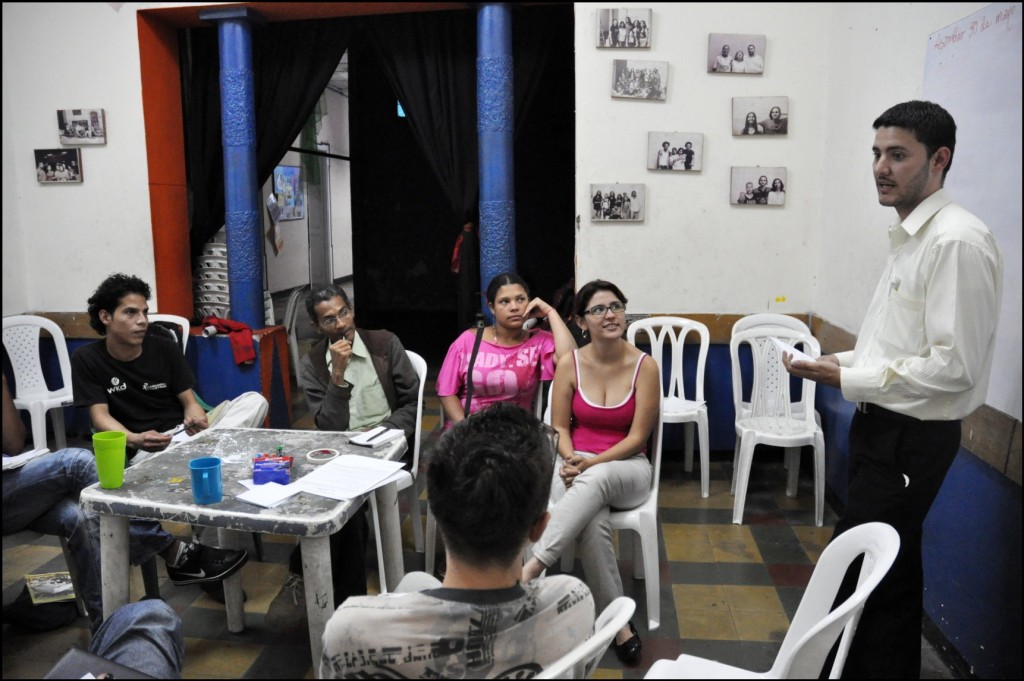 Photo: Yani, a lawyer and member of JusticeMaker Adriana’s project, reads and discusses excerpts from the 1991 Colombian Constitution pertaining to the idea of liberty.

At this discussion, much time was devoted to the topic of arbitrary arrest.  Youths, such as university students at non-violent protests and demonstrations, are particularly terrorized by excessive abuse and arbitrary arrest by the hands of the police.  The students and professors at the meeting wanted to know what they should do in the event that they are approached aggressively by the police, and spoke passionately about it with Yani, a lawyer in Medellín and a member of JusticeMaker Adriana’s group that is implementing this project.

“There are only two situations in which you can be arrested,” Yani explained, “if you are caught in the act of a crime, or if there is an existing warrant for your arrest.  If a police officer says to you, ‘We’re going to the station,’ you say to them, ‘With pleasure, officer: what is my crime?’

“What will happen?  The officer will see that you are not an ‘x.’ You are an informed individual who knows that there is no justification for their actions, and therefore, they will respect you.”

For the dedicated lawyers implementing this project, knowledge and awareness are key aims.  They intend for individuals to leave trainings such as this one knowing that ‘you are not a nobody’: you are an informed citizen who knows their rights.

Photos: (Top row) Attendees discuss personal experiences with police abuse of power.  (Bottom row) Definitions of liberty: “The liberty to be what I want to be,” and “Liberty, only liberty.”  Rights awareness posters from the JusticeMakers project are distributed at the meeting, which explicitly define what type of behavior is considered illegal police abuse by using text and figures. 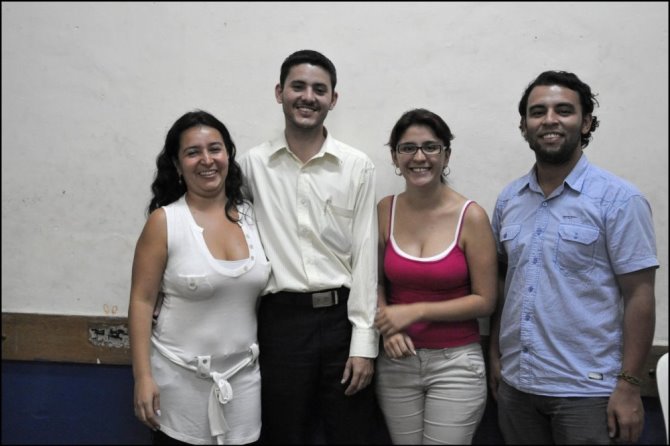