November 9, Beijing Normal University, Beijing, China – After attending the IBJ China staff retreat in Beijing, IBJ’s International Program Director Sanjeewa Liyanage took his final evening in China to give a lecture at the Beijing Normal University Criminal Law School. The lecture was made possible by Professor Wang Xiu Mei, a leading international criminal expert in China. Mr. Liyanage spoke to a room filled with attentive Masters and PhD law students, highlighting the need to end torture around the world, and in the criminal justice system, in particular. 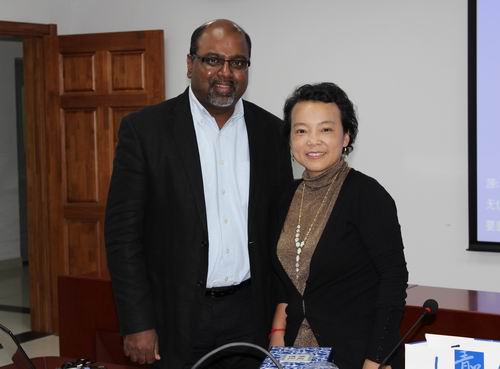 Mr. Liyanage began by giving a comprehensive description of where torture is brought up in international law, and eventually went on to define torture, citing the UN Convention Against Torture. He explained how the Convention prohibits investigative torture, detailing torture clauses in various international treaties and statutes. He described how freedom from torture is non-derogable, meaning there are no exceptional circumstances whatsoever that may be invoked to justify torture, including war, threat of war, internal political instability, public emergency, terrorist acts, violent crime, and any form of armed conflict. From there, bringing the argument back to the students in the room, Mr. Liyanage highlighted that torture is prohibited in several countries in Asia, including China, and in particular under Chinese criminal law and criminal procedure law. 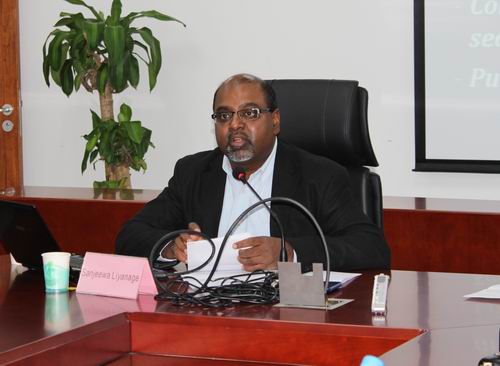 Mr. Liyanage also spoke at lengths about the current global torture situation. He mentioned where, when, and how torture is practiced, and that torture still regularly occurs in countries where it is expressly prohibited by law. He then posed the contradiction that there are several organizations around the world that work on torture issues, but they, for the most part, address the problem after the torture has already occurred. Instead, Mr. Liyanage argues, the most effective way to prevent torture from happening is to provide the accused with early access to competent and committed counsel. That way, with the presence of a lawyer at the time of arrest, a collaborative dialogue with stakeholders in the justice sector, and public awareness of individuals’ rights, we can prevent torture before it begins. He backed this argument by juxtaposing it with concrete examples of how IBJ programs have contributed significantly to reducing torture as an investigative tool in many countries and localities where IBJ lawyers are actively engaged in safeguarding basic legal rights of ordinary people. Finally, Mr. Liyanage concluded with an optimistic pronouncement that the solution is before us, and that torture can, indeed, be ended during the 21st century. He argued that, at one point, slavery and the apartheid were viewed as something that could not be easily brought to an end. But relentless and strategic efforts by social movements have ended these practices. He explained that to end torture we need to have the will to do so and a viable strategy, remarking that the strategy employed by IBJ could be expanded to reach this goal. 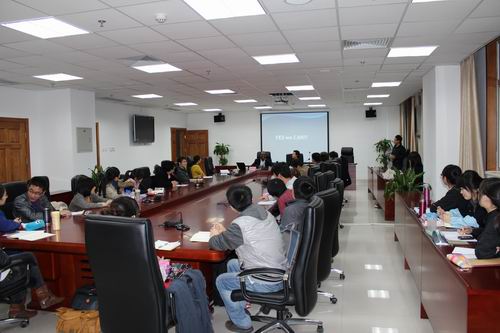 The lecture was very warmly received, and the students confidently posed questions. Many of the law students were so impressed, that they wondered how they could get involved with IBJ efforts in China.