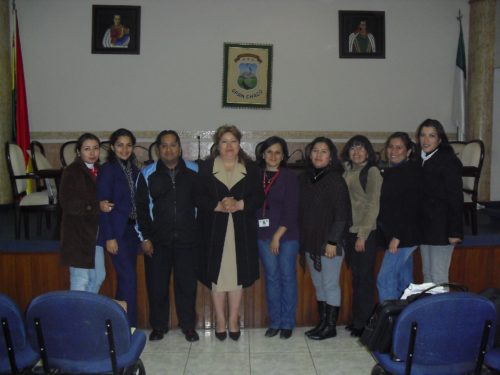 Verónica Marisol Quiroga Pando is one of the winners of the 2011 JusticeMakers competition organized by International Bridges to Justice. She graduated in Law and specialized in human rights, and she currently works at the Universidad Franz Tamayo in La Paz as a Professor of Human Rights, as consultant on gender and human rights for the Ombudsman, and as a coordinator of women, among others. She has participated in and conducted numerous training workshops in hopes of eradicating the discrimination of female inmates. Furthermore, she also provides them with free legal representation and ensures access to justice that otherwise is not provided by the State.

According to the Bolivian National Institute of Statistics, the percentage of female prisoners with regard to the entire population in prison in Bolivia is the highest in South America. An increase of female prisoners plus general problems with the penitentiary system has worsened the situation for female detainees over the last couple of years.

Women in detention face discrimination on a wide range of issues, such as; family visits; poor medical care; recreational, educational and labor activities, and programs of rehabilitation; some of them live there with their children; etc. In Bolivia, none of the 11 women’s penitentiary centers have originally been built to live in. And even though they now have been adapted for this purpose, they do not fulfill the minimum standards of living conditions as set out in the regulations. Moreover, in Bolivia the penitentiary system does not have an adequate classification system. As a result both female pre-trial detainees and convicted female prisoners are housed together and live under the same regime. This is a clear violation of their rights. 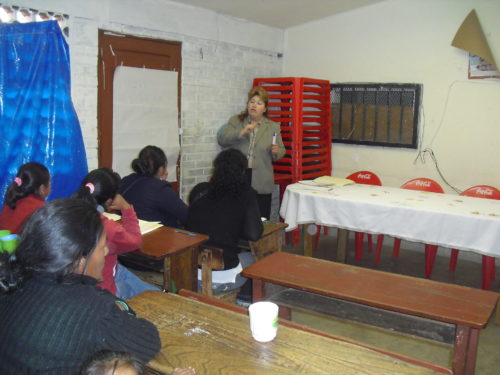 Verónica at one of her workshops for female inmates

Verónica emphasizes the sad reality of the female inmates and says that the moment she entered the penitentiary centers, she realized how this group was excluded by society. She has witnessed all the reports from the Committee on the Elimination of Discrimination against Women (CEDAW) and they did not say much about the situation of discrimination and violence that female inmates face. She has plans to conduct advocacy work at the Ministry of Justice to make sure that the next report from CEDAW will have a long section that mentions the situation of these women. In addition, she will continue to work with feminist organizations and use best practice examples from other activist groups in South America to serve as a model for the Bolivian justice system.

There are many female inmates in Bolivian prisons who do not have access to legal representation. Veronica hopes to be able to represent at least 10 women and additionally provide  support to a number of other women by collecting pieces of evidence that  might benefit them at trial. Verónica has already handled a number of cases in order to help female inmates in Bolivia and thanks to her efforts, many women have had a fair trial.

One example of this was the case of defendant B.N. (a rural immigrant woman), arrested in 2009. Together with her five children she is remanded in the Women’s Counseling Center as is accused of covering up for the abuse to her oldest daughter by her partner. During the investigation of this case, Verónica has discovered that B.N. had not reported the abuse, because of the high degree of domestic violence she was facing herself. It is an unfair situation to have her in remand for two years already, without a trial. Veronica is now providing legal representation to B.N. an is preparing a request to get B.N. and her children released from pre-trial detention.

Verónica would like to keep working on this project in 2012 and hire professionals because  she thinks “it is important to have a group of people working in the penitentiary centers to help women get direct and fair justice”. We thank her from International Bridges to Justice for all the work she is doing to stop discrimination and end injustice that many women live through every day.