In conjunction with several other activities relating to National Legal Publication Day, China’s International Bridges to Justice program cooperated with the Shanxi University of Finance and Economics to develop an on-site legal advice forum and disseminate legal rights brochures. A collection that included more than fifty students from the Shanxi University of Finance and Economics’ School of Law and communist youth league committee, as well as three representatives from Peking University, began by gathering to form a volunteer legal aid team in a small community in Taiyuan, Shanxi Province. The team then made themselves available at a table set up on the community’s main road, and took legal questions from residents, offering advice and consultation for their legal problems. 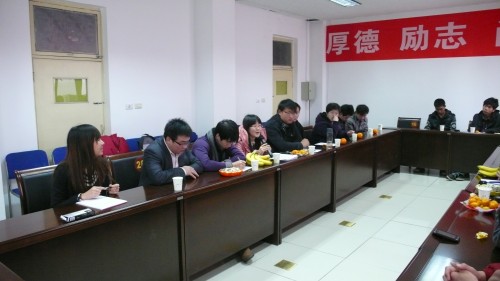 A Forum For Participants in Shanxi

The legal aid team answered several questions, many of which were related to the recent reform of the Marriage Act. The residents were explained the changes that had been made, and given advice on how to cope with the effects. Individuals also approached the students with more personal legal problems. Citizens spoke out about injustices that they noticed in their daily lives, and were shocked at some of the information they heard. The legal aid team explained that a lot of the time you do not need to endure unfair circumstances. Instead, you can resort to using the law as a means to solve your problems. The next part of the program concerned passing out legal rights brochures to local citizenry. The volunteers were working with the goal of increasing the legal knowledge of those in the community, and addressing the marked lack of willingness to use the law among the citizens. While developing a China where citizens understand and aren’t afraid to stand up for their rights is still a work in progress, it was clear from the reaction of participants that they appreciate IBJ’s mission. We hope that, in the future, everyone will be just as well informed.