At 16 years old, Vannak[1] found himself being interrogated by two police officers – in fear that if he did not provide a confession for crimes he knew nothing about, he would be subjected to violence. The officers did not inform him of his right to a lawyer, and he feared the “large officer” would “punish him by hit[ting] him” if he did not provide the answers they sought. Vannak “was afraid, so [he] did what they said” and ‘confessed’ to serving as an accomplice to intentional damage to property and intentional violence – crimes which, given these particular circumstances, would warrant up to 15 years in prison and over 10 million riel ($2,000 USD) in fines[2].

Vannak’s friend had been in a fight a few days before police stopped Vannak in an internet shop and arrested him last November. Vannak had heard about the fight, but had no idea that since then his friend had attacked his foe with a knife, injuring the victim and damaging the victim’s house where the attack took place. When police questioned a friend of the perpetrator, he lied and implicated Vannak in the crime. However, the day the attack took place, Vannak had been hanging out with a friend, playing volleyball amongst other things.  When the police questioned Vannak, he was forced to give a coerced confession for a crime he was unaware even happened. 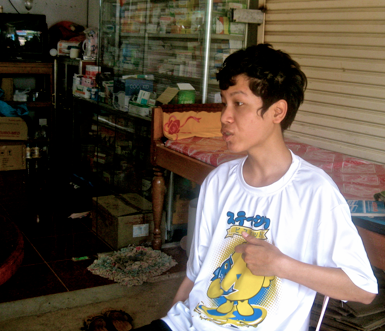 Vannak recounts his experience in prison

After six hours in the police post, which is almost two hours from the Battambang/Thailand border-town where Vannak lives with his mother, Vannak was allowed to call his mother, and then was taken to the prison. However, because necessary prison admission forms had not been signed, and it was too late at night to find a judge to do so, Vannak was brought back to the police post where he slept for one night. It was not until his hearing the next morning that the judge informed him he should have a lawyer. The court clerk referred Vannak’s mother to IBJ when she arrived at the courthouse, after frantically rushing from their town to the Battambang court – a costly journey that she had to take multiple times during this ordeal.

After meeting with Vannak’s mother just a few days after Vannak’s arrest, Sothea (the provincial lawyer here in DRC 6) took on Vannak’s case in its earliest stages. The investigating judge dismissed the case against Vannak after Sothea presented Vannak’s friend who had spent the day with him on the date of the incident as a witness. Sothea further pointed out that there was no evidence indicating Vannak’s involvement in this crime.

Although the investigating judge dismissed the charges, the dismissal did not occur until after Vannak spent 15 days inside the prison. I wrote previously about the conditions a minor kept in the prison here in Battambang can face (see http://ow.ly/yDZ58), and the conditions Vannak faced were very similar. He spent his days in a five by five meter cell with 20 other inmates, finding both sleep and food scarce, but able to use his mornings for exercise. Vannak felt he was lucky, as he said new prisoners were often made to stay in the bathrooms until space opened up in the cells; however, because the prison guards took a liking to him, he instead stayed in the overcrowded cell. 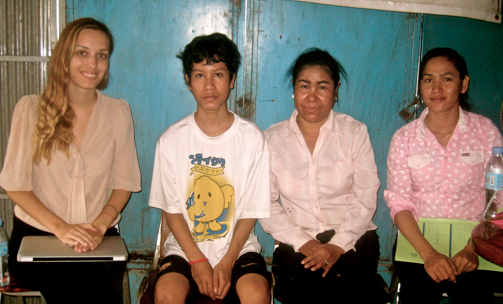 Upon his release, Vannak says he was “absolutely happy.” As was his mother, who had spent each day crying because she “knew it was a mistake” and kept wondering “why they [were doing this] to her son.” As a single mother who makes only $100 per month as the owner of a pharmacy, she was unable to visit him because the prison was too far and she had already spent much of her income traveling to the IBJ office. Her sister attempted to visit but the guards refused to let her in because Vannak had only been in prison for a few days and their policy only allows for visits every 15 days. Needless to say, Vannak’s mother was “very happy” upon her young son’s release. Now 17, Vannak is in the process of completing 12th grade with hopes of becoming a doctor. Thankfully, false accusations and a coerced confession will no longer hold him back as he completes his education.