Davos, Switzerland – January 18, 2017 – On the occasion of the World Economic Forum’s 47th Annual Meeting, IBJ brought together government, industry and faith leaders from around the world for the signing of the landmark Declaration on Access to Justice to Prevent Torture at the event “From Fear to Hope: Leadership on the Road to Justice.”

The signing of the Declaration took place at the historic 16th century Grosse Stube in the Town Hall of Davos, where leaders have gathered for hundreds of years and diplomacy has flourished. The event marked a renewed global commitment to implement Sustainable Development Goal 16 – Peace, Justice and Strong Institutions.

At the event, the signatories included:

Support global efforts to advance access to justice by signing the Declaration online.

International Bridges to Justice extends its warmest thanks to the Guerrand–Hermès Foundation for Peace for supporting the event.

Photos courtesy of Irene Hell from “Friends in Media e.V.” 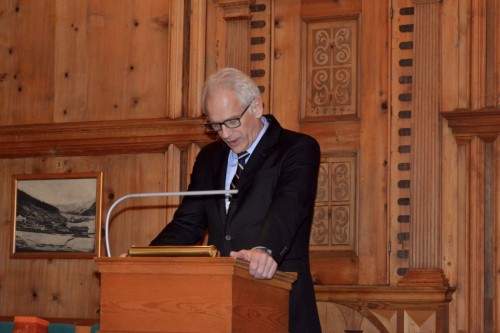 Tarzisius Caviezel, Mayor of Davos — “The Grosse Stube in the Town Hall of Davos dates from 1564. I hope that this time and the historical surroundings give strength and penetrating power in your work on justice. Thank you for having chosen Davos and our Town Hall for the signing of the Declaration on Access to Justice to Prevent Torture.” 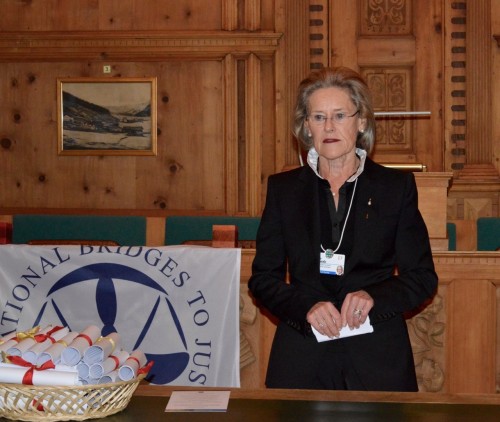 Hilde Schwab, Chairperson and Co-Founder, Schwab Foundation for Social Entrepreneurship; Advisory Board Member of International Bridges to Justice  —  “Three common values that we all share are; First, to respect the dignity of each individual and the diversity of mankind; Second, community over self-interest; And third, to be a steward for the next generation, a steward for intergenerational values. In particular, IBJ is attached to the first value – to give people their dignity. IBJ gives people who are arrested their dignity. This is something I wholeheartedly support. I see that there is a lot to do, but I also see a lot of passion and compassion. And that is what is needed.” 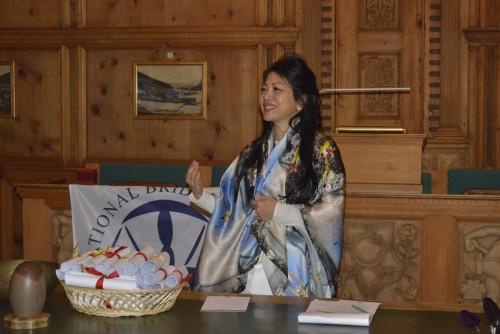 Reverend Karen I. Tse, Founder and CEO of International Bridges to Justice — “Today we have all come together, from many parts of the world, to gather for something that is beautiful; To support defenders as keepers of the dream. IBJ started with lawyers working to give peace, justice and protection. But there is a saying that it takes a village to raise a child, and we see the same with the work of IBJ. Here in Davos is also a village. Religious leaders, technology ministers, the mayor, the students – you have all come together to make the dream happen. We know that if we work together, if we commit, if we act, it can be done. That ending investigative torture can be done. This declaration is more than just signing a piece of paper: It is a declaration of commitment, our commitment to place whatever gift we have into the greater whole.” 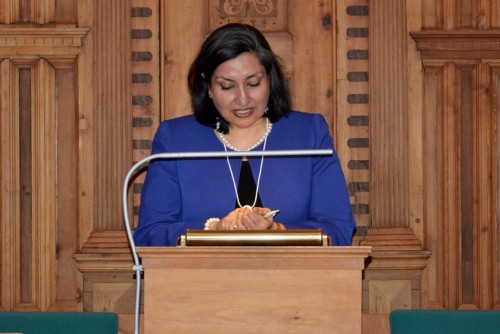 Bani Dugal, UN principal representative of the International Baha’i Community — “The international community has a key role to play in mitigating the suffering of ordinary people. In the future, it won’t be possible for a small group to decide the future of humanity. Everyone, every group, every individual, must take ownership of this issue and do what they can to advance justice.” 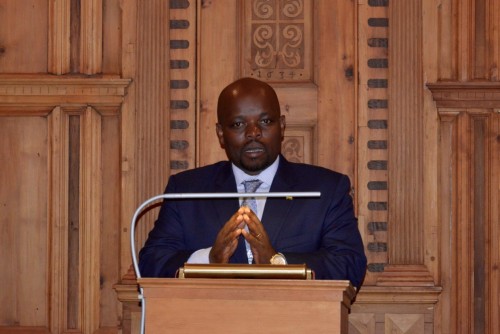 Jean Philbert Nsengimana, Minister of Youth and ICT, Government of Rwanda — “Many of you know Rwanda as the country of a thousand hills and a million smiles. But you also know that 22 years ago, this country was reduced to ashes and blood. The genocide left hundreds of thousands of survivors in need of justice. After the genocide, if we had not placed human dignity first, torture would have been used as the easiest and cheapest way of getting information. And we know that the one thing that you cannot get with torture is the truth. Today, even the poorest people in Rwanda have access to justice. And if Rwanda can do this, every country in the world can do this.” 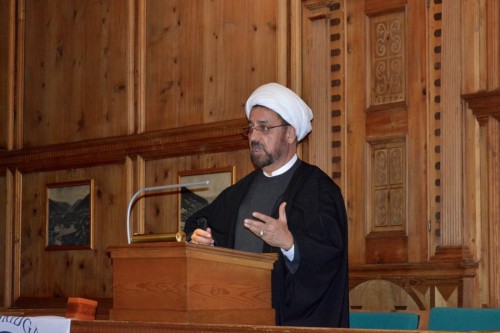 Ayatollah Dr. Ahmad Iravani, President of the Centre for the Study of Islam and the Middle East — “This is a great job that IBJ is doing, access to justice to people who are tortured. According to Islamic law, the most important task is to do justice and be just. If you go back to the Koranic verses, there are tens of hundreds of verses that emphasize the importance of justice. There are millions of people who face injustice at every moment – prisoners, the homeless, those who do not have the basic needs of a human being. Justice is at the core of everything. So we ask that God fills our hearts with love and the desire to help human beings.” 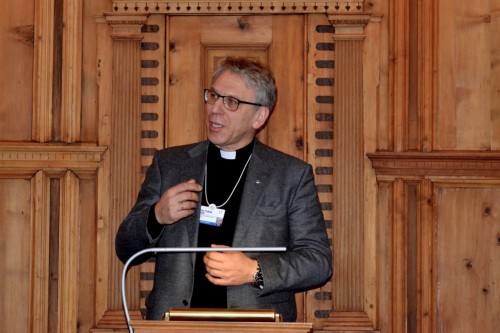 Rev. Dr. Olav Fykse Tveit, General Secretary of the World Council of Churches — “Justice is a gift, a gift that comes with life. No matter where someone is living, no matter what gender, sexual orientation, age, community, race, or nation, we are all given the gift of justice; and the responsibility to maintain this gift of justice for everyone else. We are with IBJ, with those who are tortured, and those who are at risk of being tortured, in our thoughts and in our prayers.” 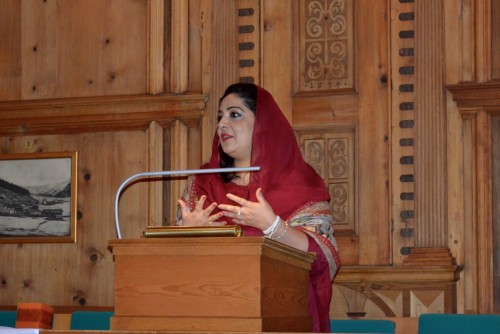 Anusha Rahman Ahmad Khan, Pakistan Minister of State for Information Technology & Telecommunication — “When Karen first reached out to me, I was in Pakistan, and the mission she described was something I thought was required to be done. What IBJ is doing should be available in every country. Why should we restrict it to certain places and not reach out to the people who need the help of IBJ the most? We will work together with IBJ in Pakistan. We will work for the girls, we will work for the women, we will work for the needy, we will work together for all those who need us most. If there is justice in society available to everyone, one thing becomes guaranteed: peace becomes our friend and peace is what we are all looking for around the globe.” 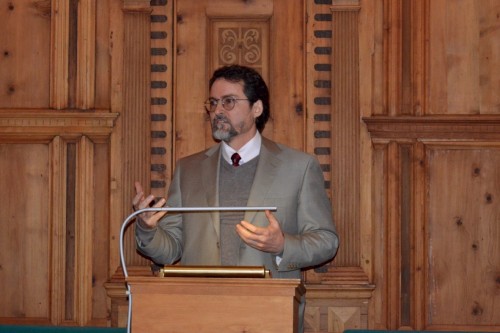 Shaykh Hamza Yusuf Hanson, President of the Zaytuna College — “Justice always has to be understood within the context of mercy. It is so important that we cultivate in our young people a sense of mercy and empathy. Aristotle said that societies collapse when philia diminishes – philia, the brotherly love that holds and binds people together. Mercy and the cultivation of mercy is something that our world is sorely lacking in many places right now. And when people torture other people, it is because they lack this moral sentiment. And so we remember that God commands to justice, but he also commands to mercy.” 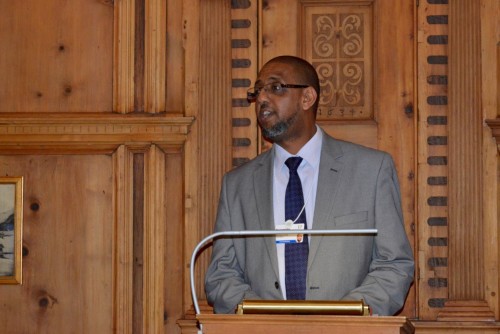 Nasereldin Haghamed, CEO of Islamic Relief Worldwide — “Justice cannot happen when space for civil society is shrinking. We are at a difficult time when our work is being challenged; when lots of people, women, children, refugees, are abused and left behind. But working together, with other faiths, other organizations, we can bring peace to these communities.” 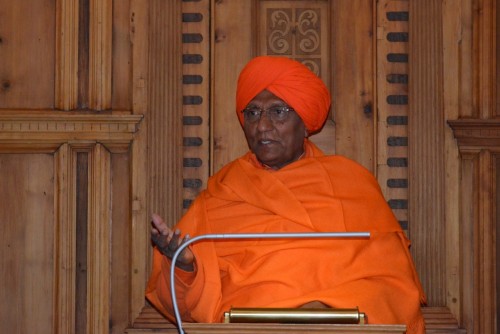 Swami Agnivesh, President Emeritus, World Council of Arya Samaj — “If we cannot stand up for justice for others, we cannot expect justice for ourselves. So we need to speak here and now because if we do not, then we risk our own lives. In pure self-interest, we should all unite in one voice to say no more torture. If we really mean business, we need to join hands and hearts and all we can mobilize. And International Bridges to Justice should become the rallying point for each one of us. Because without justice there can be no peace, without justice it is a hollow peace, the peace of the graveyard. So I call on us all to stand up for justice together.” 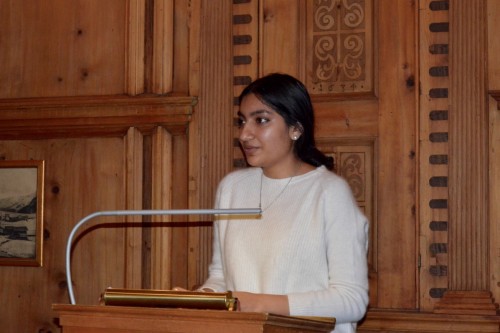 Bhavani Khemka, International Bridges to Justice Youth Initiative — “I have been working with IBJ since I was in high school. I organized peace vigils at my school in Singapore and worked in six different locations in Cambodia to create video stories of those who have been wrongly accused of crimes. These are people who have been saved by IBJ’s lawyers from torture, as thousands of others have been saved across the world.” 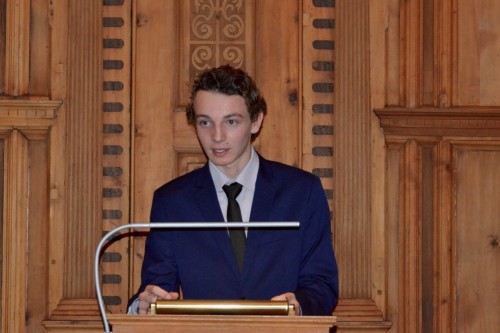 Trevor Winstral, Die Schweizerische Alpine Mittelschule (SAMD) — “In the world I see problems that appear too big to tackle. Each solution offered seems to have an insurmountable impediment, whether that be money or power, or anything else. The only type of solution I can see possibly working is a solution in which the problem is concretely defined and which appeals to basic human values. IBJ is one such solution. When I see an insurmountable obstacle, IBJ sees the solution, IBJ sees hope.” 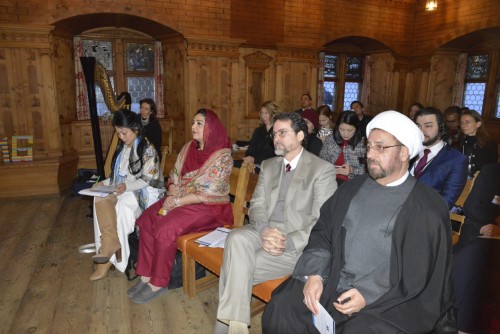 Attendees listening to speakers during the event. 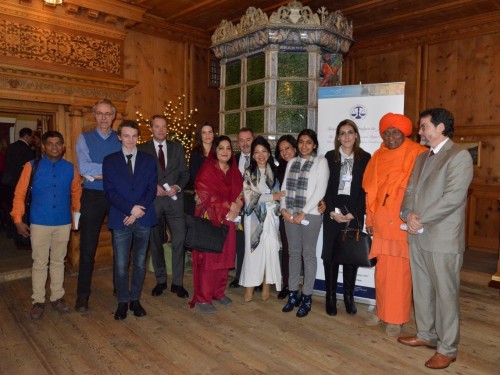 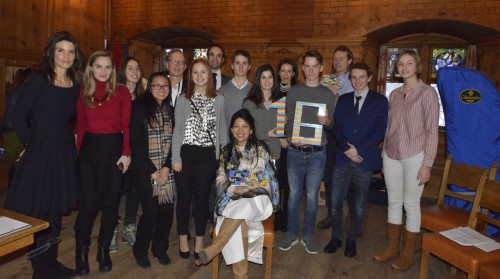 Speakers and attendees gather after the signing of the Declaration. 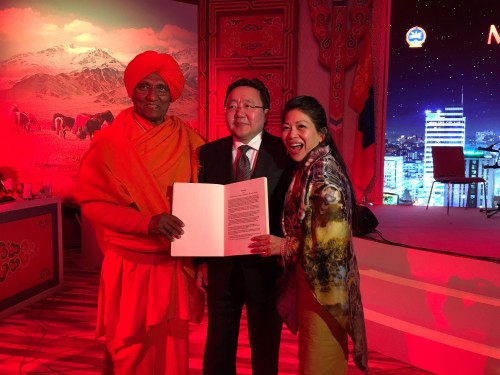 Tsakhiagiin Elbegdorj, President of Mongolia, signs the Declaration during the WEF Annual Meeting 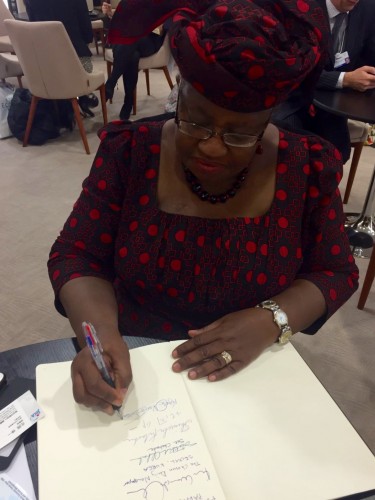